Alzheimer’s disease (AD) is not the most common malady affecting mankind, but for those who suffer from it, and especially their families, it can be one of the most humiliating.

By JASON BLACKSHAW
DECEMBER 3, 2019 14:15
(photo credit: SHUTTERSTOCK)
Advertisement
Alzheimer’s disease (AD) is not the most common malady affecting mankind, but for those who suffer from it, and especially their families, it can be one of the most humiliating. According to estimates, just over 1% of the global population suffer from AD. But this figure does not give the true picture because Alzheimer’s affects mostly people over 65, approximately 6% of whom suffer from it. There are cases in which much younger people from their mid-30s are affected, but these cases are rare, amounting to about 4% to 5% of all Alzheimer’s cases.
In Israel, the number of people afflicted with Alzheimer’s is relatively small – approximately 160,000 people, which is less than 2% of the total population. There are no scientific explanations for the small number Alzheimer’s cases in Israel. This is understandable, as the causes of Alzheimer’s in general are not well understood. About 70% of the risk is believed to be inherited from one’s parents – i.e., genes. Other factors may include past head injuries, depression and hypertension.
Mental and physical exercise and avoiding obesity may decrease the risk of Alzheimer’s. However, there is no strong evidence to support these recommendations. In addition, to date there are no medications or treatments that can curtail or reverse its progression. 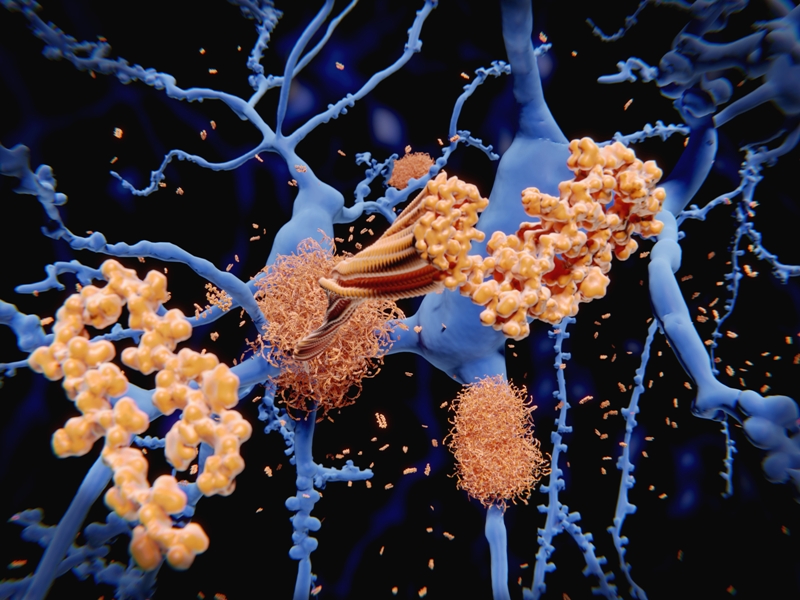 Alzheimer's can be described as a chronic neurodegenerative disease that usually starts slowly and becomes worse gradually over time. It is the cause of 60% to 70% of cases of dementia. The most common early symptom of Alzheimer’s is difficulty in remembering recent events. As the disease advances, symptoms can include problems with language, disorientation (including easily getting lost), mood swings, loss of motivation, not managing self-care and behavioral issues. As the condition worsens, patients decline. They often withdraw from family and society. Gradually, bodily functions are lost, ultimately leading to death. Although the rate of progression can vary, the typical life expectancy following diagnosis is three to nine years.
During most of these years, patients cannot look after themselves and increasingly rely on others for assistance. This places a heavy a burden on the caregiver, be it the family or the private or governmental institution that caters to their needs. In the developed world, Alzheimer’s is the most financially costly disease.
Diagnosing Alzheimer’s can be problematic because the first symptoms can be erroneously attributed to the normal aging process in the elderly and to stress in younger patients. These early symptoms can affect the more complex activities of daily living. The most noticeable symptom is short-term memory loss, which shows up as difficulty in remembering recently learned facts and the inability to acquire new information. Subtle problems with the executive functions of attentiveness, planning, flexibility and abstract thinking or impairments in semantic memory (memory of meaning, and concept relationships) can also be symptomatic of the early stages of Alzheimer’s. Apathy can be observed at this stage and remains the most persistent neuropsychiatric symptom throughout the course of the disease.

The Israeli Medical Center for Alzheimer’s 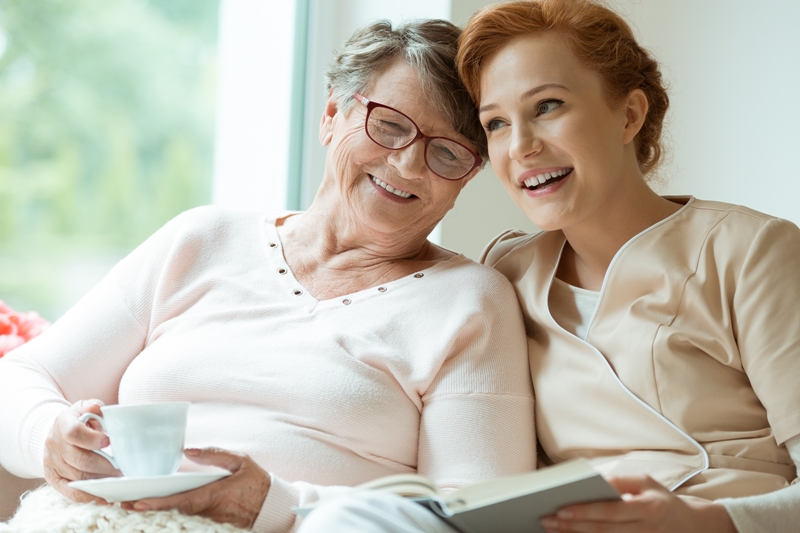 As mentioned, the number of Alzheimer’s cases in Israel is relatively small compared to other countries. Israel has one of the most comprehensive systems to deal with the disease. This is due in no small part to The Israeli Medical Center for Alzheimer’s. It is the only holistic medical center in Israel (and possibly the world) for the treatment of Alzheimer’s patients. It is a public nonprofit institution that is funded by donations by the general public in Israel and abroad.
It can be considered a holistic institution because it deals with all aspects of Alzheimer’s disease. It cares for patients and has a telephone advisory service that is globally accessible (972-3-559-9333). They answer queries in Hebrew, Arabic, English, Russian and Spanish. They offer advice on all aspects of the disease primarily to families and caregivers. The center promotes the study of the disease. In addition, it has technological incubators that house start-ups which develop technologies that will benefit both Alzheimer’s patients and caregivers.
The Israeli Medical Center for Alzheimer’s was founded in 1994 as a public, nonprofit organization. In July of 2001 it opened as an active medical center that was built on land of the Ramat Gan Municipality. The construction costs were funded by generous donations from the Sophie and Abraham Stuczynski Foundation, the Claims Conference, National Insurance, ESHEL and institutional and private donations.
The center treats hundreds of patients a year, both on a long-term care basis and as part of its diagnosis and counseling services. Numerous studies are conducted at the center in collaboration with universities and institutions that undertake research projects on the quality of life and care for Alzheimer’s patients. The center also cooperates with start-up and established companies that are involved in developing medical devices that will benefit Alzheimer’s patients and their caregivers.
One of the center’s goals is to acquire the funds necessary to expand the center’s activity in order to care for more patients, as well as offer help and accessible solutions to outpatients.
Amotz Eliash, the center’s chairman of the board, says, “Human dignity is our guiding light. It is the measure of a civilized society. We want to give Alzheimer’s sufferers the best quality of life for their condition. We hope that the center will continue to be a role model for similar medical centers in Israel and abroad. We hope that society will acknowledge the importance of caring for the aged and especially for Alzheimer patients because it is the best means to ensure that vulnerable members of our society, primarily the elderly and the infirm, will live the dignified lives they deserve.”
For further information and/or donations, go to: The Israeli Medical Center for Alzheimer’s