Coronavirus: Biometric IDs could be 'gamechanger' for tests, vaccines

Digital identity systems are already in use in many countries, linking biometric data such as fingerprints and iris scans to a unique digital code, allowing for remote identification. 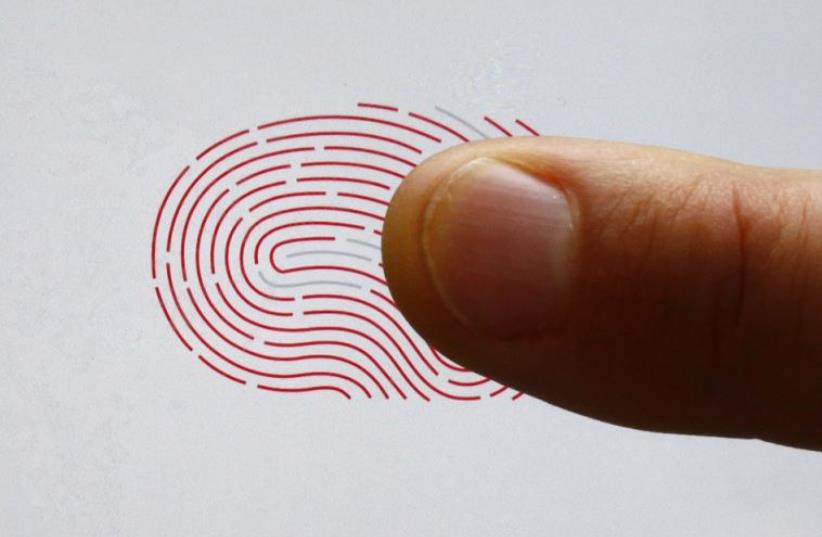 A person uses a sensor for biometric identification on a smartphone in Berlin
(photo credit: REUTERS)
Advertisement
As countries begin to lift coronavirus lockdowns, biometric identification can help verify those who have already had the infection, and ensure that the vulnerable get the vaccine when it is launched, health and technology experts said.

Confirmed cases of COVID-19, the respiratory disease caused by the coronavirus, total more than 1.4 million, with about 82,000 deaths worldwide, according to a Reuters tally.

China lifted a two-month lockdown in the epicentre of Wuhan on Wednesday, and authorities in Britain and elsewhere said they would begin antibody tests to see whether people had been infected, to allow them to return to work or travel.

A biometric ID system can keep a record of such people and those getting the vaccine, said Larry Dohrs, Southeast Asia head at iRespond, a Seattle-based nonprofit that launched its technology last month.

"We can biometrically identify the individual and tie them to the test results, as well as to a high security document. The person then has 'non-refutable' proof that they have immunity due to antibodies in their system," he said.

"It would be a very valuable credential," he told the Thomson Reuters Foundation. The nonprofit already provides biometric IDs for refugees and stateless people.

From disinfecting drones to talking robots and artificial intelligence to develop vaccines, countries around the world have fast-tracked technology during the coronavirus outbreak.

Now, firms such as iRespond and Simprints - a UK-based nonprofit that develops biometric IDs for health and humanitarian use - are adapting their technology for the next steps.

More than 1 billion people worldwide have no way of proving their identity, according to the World Bank.

This will present a massive challenge for governments trying to ascertain who has received the vaccine, said Prashant Yadav, a senior fellow at the U.S.-based Center for Global Development.

"The initial COVID-19 vaccine supply will be limited, so it will be essential to verify each dose reaches a real patient. Corruption, leakage, and even accidental duplication waste precious supply and are deadly," he said.

"Biometric digital IDs can be a gamechanger. They can help governments target population segments e.g. healthcare professionals or elderly population, verify people who have received vaccination, and have a clear record," he said.

Digital identity systems are already in use in many countries, linking biometric data such as fingerprints and iris scans to a unique digital code, allowing for remote identification.

These can be leveraged for tracking vaccination too, Yadav said, although the vaccination infrastructure that is built around children will need to be retooled for adults.

Many biometric systems are also based on fingerprints, which can be a transmission risk for the coronavirus, so Simprints is developing a "touchless" technology that scans the face or the palm, said chief executive Toby Norman.

Such systems can also be abused by governments and private companies, according to digital rights groups which have raised concerns over the risk of increased surveillance.

To prevent any abuse, there has to be certainty about what the data will be used for and for how long, and when it will be deleted, said Norman.

"National governments don't have a very good record of giving up new powers once a crisis has passed," he said.