A different day for the capital

Spearheading alternative initiatives for this pivotal day in an effort to show ‘Jerusalem knows how to be tolerant.’ 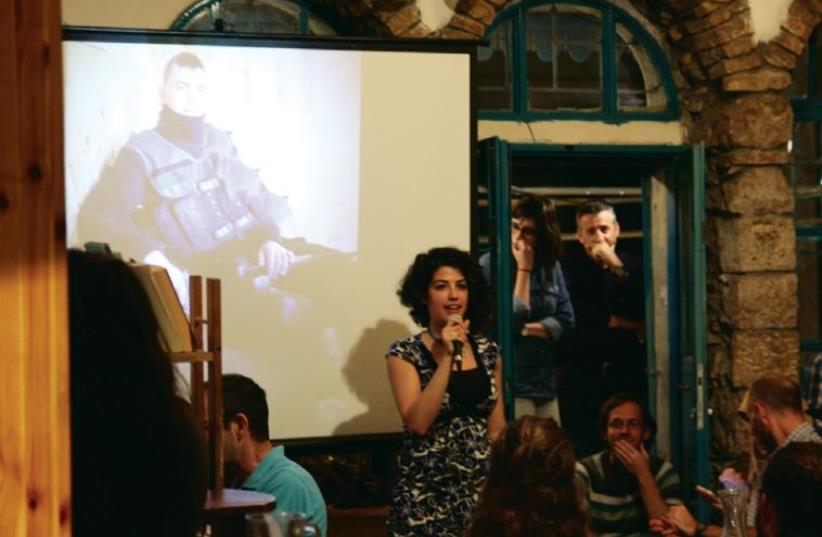 Michal Shilor
(photo credit: Courtesy)
The first time Michal Shilor attended the Flag March – the annual parade on Jerusalem Day from the city center to the Western Wall – she was horrified.“There’s this image that on Jerusalem Day, the city gets bombarded by all these foreigners,” Shilor says in an interview with In Jerusalem, “and then they leave, and we’re left to pick up the pieces of the ‘wars’ that happen here during that day.”While the day is supposed to celebrate the reunification of Jerusalem, it highlights deep divides in the capital. As thousands of revelers march through east Jerusalem, many Arab residents feel the parade is a provocation – the message being that Israel is for the Jews, and Arab residents are not welcome.
Read More...
Last year, a petition to change the route of the parade to avoid Arab neighborhoods – where instances of vandalism, racist chanting and violence have been documented in the past – was rejected by the High Court of Justice. However, the judges did write in their decision that there should be a zero tolerance policy for racist acts.Shilor, 26, works at the Jerusalem Intercultural Center and this year, is spearheading the first A Different Day for Jerusalem program as an answer to the Flag March.From Saturday evening to Sunday evening, A Different Day for Jerusalem has a roster of nearly 50 events by grassroots organizations and activists who want to show the tolerant side of the city. Events range from neighborhood tours, parlor talks in bars and restaurants around Jerusalem, a public tent to hear stories of the bereaved families from both sides of the conflict, to street debates, community theater and even an Iranian embassy. All seek to give Jerusalemites and visitors an opportunity to see the patchwork of people that make up the city.“The idea is to say on Jerusalem Day – which is something that most of the civil society in Jerusalem just doesn’t know how to deal with – that we want everything we’ve been doing all year to come together on this day specifically because this is the most important day to show that Jerusalem knows how to be tolerant,” she asserts.In addition to her work at the JICC, Shilor is the founder of 0202, a Facebook page that translates Arabic news from east Jerusalem into Hebrew and English.Shilor says the idea for 0202 was born out of frustration, simply wanting to know and understand a third of the population she was living with.The organization has a staff of 20 people, all of whom are working partly on a volunteer basis – “I’m volunteering completely,” Shilor says – that follow 150 Arabic Facebook pages. They include some of the bigger news media, such as the Gaza-based Shahab news agency or Al Quds Aulan [Jerusalem First]. But more interesting, says Shilor, are the community-based pages.One in particular is Mini-Active, a group of 1,000 women from east Jerusalem who document municipal failings in their community, bring it to the attention of the municipality, and then post on Facebook when the problem is resolved.The challenge, says Shilor, is to be able to develop a comprehensive picture of what people are really concerned with in east Jerusalem.“If you look at daily life in east Jerusalem, it consists of very basic needs that aren’t being met, but you’re not going to read about that in the news. You’re going to read about how ‘The Occupation Forces did this and this and this.’” Most difficult for the group were the months leading up to October 2015, the start of more than six months of terrorism that saw attacks by Palestinians – shootings, stabbings, car rammings and a bus bomb – targeting Israelis. Thirty Israelis and four foreigners were killed in such attacks, and more than 200 Palestinians were killed while carrying out attacks or in other violent confrontations with the IDF.As they continued to follow the media, the cycle of violence became increasingly clear. With an attack came the coverage by the media. The sharing on social media of graphic images, often without context, would incite more people to undertake attacks. While in the Hebrew and English media there is more background information, in the Arabic media this is lacking.“They [the Arabic media in east Jerusalem] also don’t say why people were arrested. When people are released, they don’t say what they were arrested for,” Shilor explains.She adds that no matter what the facts are, it’s the divergence in narrative that is significant. She gives the example of an east Jerusalem Palestinian friend who’s afraid she’ll be accused of having a knife on her, and an Israeli-Jewish friend who’s afraid to walk in the street or go to the Old City.“Whatever the facts are doesn’t really matter because it affects people differently.”Shilor’s vision for the project, however, goes beyond the Jewish-Arab divide.Eventually she would like to open up two other translation pages – a Jerusalem page following the ultra-Orthodox community and one for the more secular or modern-Orthodox west Jerusalem.“The same event can be seen through so many different lenses, and it affects different people in so many different ways. We don’t have to agree with the other people, but we have to understand that they see it differently,” she maintains.“That’s the first step toward living better in this city.”
Cancel Subscription