According to the lawsuit filed, Simmons turned standard interview questions into sexual innuendos, among other accusations. 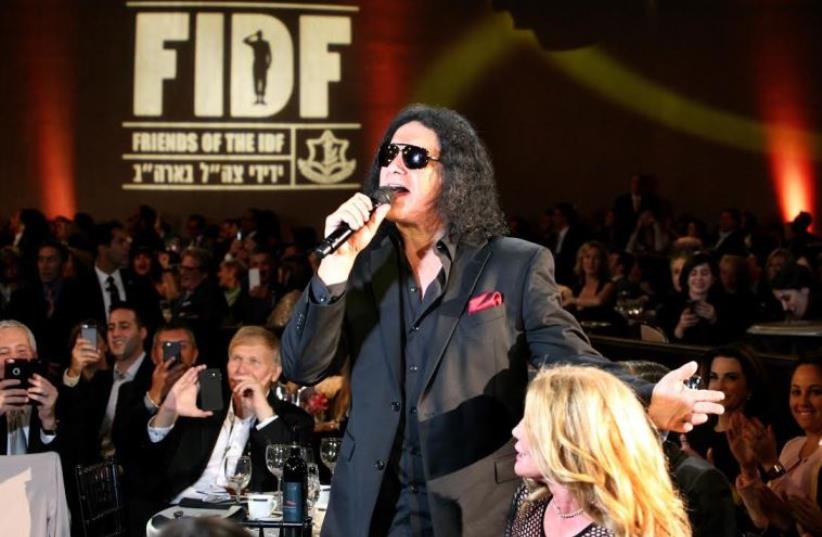 Gene Simmons at the FIDF gala in Beverly Hills, Novermber 6, 2015
(photo credit: NOAM CHEM)
Advertisement
A woman filed a lawsuit under the name “Jane Doe” against Haifa born rock legend Gene Simmons of the legendary rock quartet KISS because of unwanted sexual advances and groping allegations on Friday at the Los Angeles, California Civil Court House.According to The San Bernadino Sun, Willie W. Williams, the woman’s attorney, is representing her in the media and stated that his client does not want publicity, wishing to stay anonymous. “She filed suit because she wanted to make a strong statement that this behavior is unacceptable and she wants to see an end to this type of behavior.”According to the lawsuit filed, Simmons turned a standard interview questions into sexual innuendos, then grabbed the woman’s hands stating she “must use lotion” making another sexual gesture. He then reached out and “forcibly flicked” the woman’s neck.The incident in question took place on camera during an interview at the San Manuel Casino in Highland, California on November 1. The interview was part of a promotion of Gene Simmons’s expansion of the restaurant Rock & Brews in which he has co-ownership.The lawsuit alleges sexual battery, gender violence, battery and assault, claiming Simmons and Rock & Brews Franchising, LCC as a defendant.According to the lawsuit filed, this is not the first time the rock star has faced legal consequences for sexual harassment. Simmons received a lifetime ban from FOX News Studios for exposing his torso to staff members while shouting, “Hey chicks sue me!"
Gene Simmons appears on the TODAY (YouTube/Today)
Ironically, Simmons has appeared on the TODAY Show in support of the women who speak out against sexual harassment and “wanted the jackasses to go to jail for being improper.”Simmons was born in the Israeli city of Haifa. His birth name was Chaim Witz and his parents were Hungarian refugees who fled Europe during WWII. He immigrated to the United States at the age of 8 where he dreamed of becoming a rock star before forming  KISS.