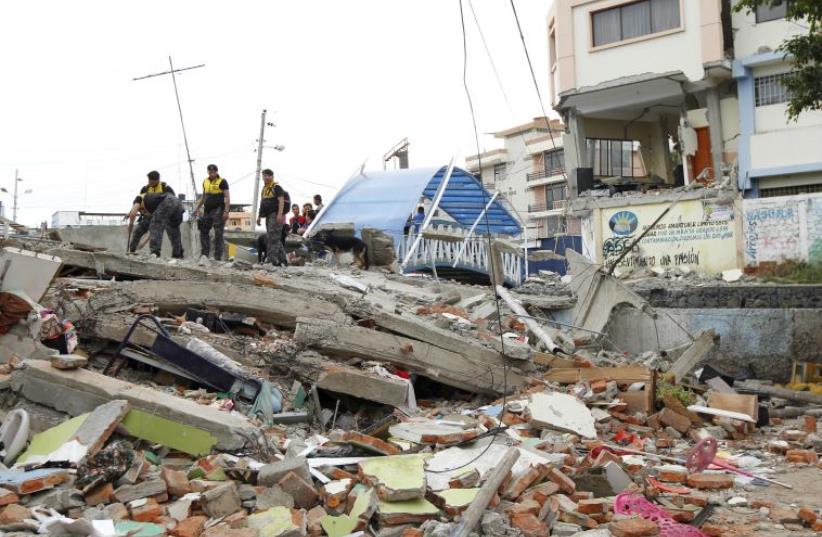 7.8 magnitude earthquake strikes Ecuador
(photo credit: REUTERS)
The Israeli humanitarian aid charity IsraAid set up a field hospital in a village in Ecuador in the wake of a 7.8 magnitude earthquake that killed 654 and injured thousands.The field hospital was set up in the coastal village of Canoa, where 98 percent of the buildings were destroyed in the initial April 16 earthquake that hit Ecuador’s Pacific coast. A 6.2 magnitude earthquake struck four days later, on Wednesday.The American Jewish Committee is collaborating with IsraAid to provide the emergency assistance.The mission includes veteran aid workers, a medical workers, and a psychosocial team, IsraAid said. The team will provide food and relief supplies; emergency medical assistance; and child friendly spaces and psychosocial support to the survivors of the temblor, with an emphasis on women and children. The field hospital began operating on Saturday evening, according to the Times of Israel.More than 25,000 people currently are living in shelters and there have been more than 700 aftershocks in the affected areas. The country reportedly has suffered up to $3 billion in damage and reconstruction could take years.