A moment before the coming elections, the former Mossad head is considering his entrance into political life, and passes judgement on the prime minister on the way, worried about the situation. 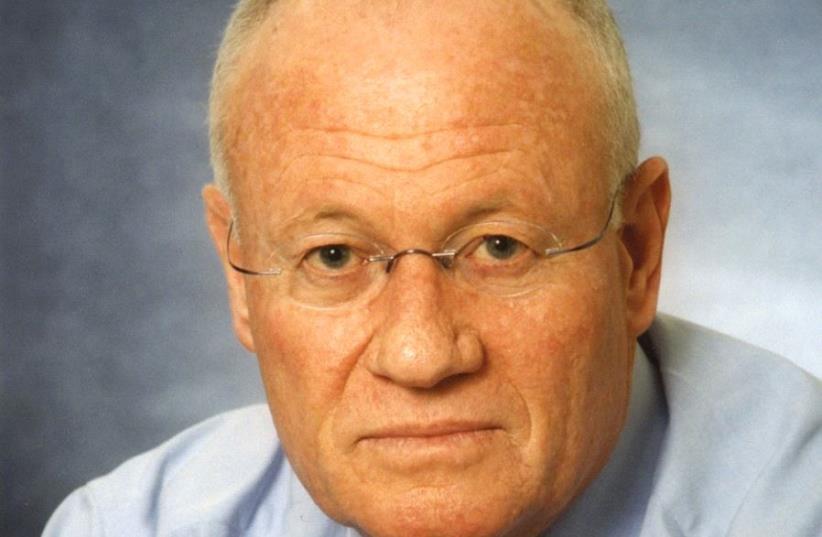 DANNY YATOM
(photo credit: Courtesy)
Advertisement
Former Major-General Danny Yatom is waiting for the perfect time to announce that he is joining the battle for head of the Labor party. This depends on the manner in which the vote will be held and on any future unions with other parties, but he has a drive as a man on a mission. At age 74, the former Mossad head is putting current head of Labor Avi Gabay on his radar, metaphorically speaking, as well as Prime Minister Benjamin Netanyahu, who he first became acquainted with during the Sayeret Matkal [IDF General Staff Reconnaissance Unit] days.                "Anyone that can help the country return to reasonable and normal lines must do so," Yatom clarified. "Therefore, despite my having had 42 years of public service and despite my wife not liking it, I am considering running [in the Labor primaries]."
Isn't 74 too old?"There is no doubt that the age is important, but bless the Lord, I am in good health, I exercise every day and quite a few young people stand aside and clap. And what is age? Bibi is 70, Amir Peretz is 67, Joe Biden is 76, and he is running for president of the United States for the first time when he will be 78."We've got Itzik Shmuli, Staf Shaffir, the world belongs to the young."Everyone is good and wonderful and I have no problem with them running, but to manage a party, even that which is not running the country, is difficult because of the obstacles and the problems, and there is meaning behind life experience and political experience. Young people, naturally, need to warm up on the bench to collect experience. Before you become an officer, you go to school for officers, you aren't born into it."What about the exiting Deputy Chief of Staff Yair Golan?"Anyone talented and capable of giving like Yair Golan should be welcomed with open arms. I just argue that politics is a profession and leadership is the most important component, but there are other strata, and whoever does not have ministerial and parliamentary active experience will have trouble taking action. Yair Golan is not only talented but young, and it would not be right to jump straight to the front of the line."Maybe Avi Gabbay should get another chance."He failed. He came out of nowhere, took over the party in a whirlwind, understood that he can do whatever he wants, created a committee of 4000 people that cannot really pass a decision, but rather only the decisions of the committee head. He neutralized the party members. There are 50,000 recruits, you want to reel them in, for them to take part in things? Give them responsibilities. Not only that, the fact that Gabbay decided to see Netanyahu's offer as an offensive and pathetic violation of the promises he made, and all of the arguments he had to consider were nonsense. This places him and the Labor Party in a negative and ludicrous light, more than the way they addressed the citizens that voted and gave us the 6 mandates."Yatom already tried in the past to run for head of Labor in 2007. He ran facing Ehud Barak, Ami Eylon, Ophir Pines-Paz and Amir Peretz, finishing in last. He left the Knesset a year later after serving there for five years."Several people lifted a brow when I quit," he told. "The main reason was that in the Second Lebanon War I was a member of the Foreign and Security Committee and of the classified committee for review of the intelligence and security groups, and I saw how helpless we were. There was no directive of the government and the army. It was not clear if we continue with air raids by the Air Force, which we had in the first week and were successful, but on the other hand, no order was given to enter the area. Ehud Barak, who ran in 2008 again for head of Labor, said as part of the elections that we cannot allow support for such a government, yet at the end he stayed in it. That tipped me over and a few days later, I announced that I am quitting. We were in the coalition then. If we had moved to the opposition, it would have been a different story."What makes you ready for a leadership role now?"Many warn me about jumping in an empty pool. I feel the need to try and change the way the party is designed and places itself, from the belief that it needs to affect the way the country acts. The internal state, the social chasms, the attacks on gatekeepers. The situation 12 years ago, when I ran for the position, was completely different. I come now after a time in which I was not active and I collected experience in the business sector. I have seen Israeli politics and the party from different angles, and especially I do not know if I will run and win, but it is my duty to enter and I know what I'm heading into."This is a portion of the article published by Maariv. It was translated by Tamar Beeri.