Car-sharing service coming to Jerusalem will operate on Shabbat

The municipality confirmed that the service will be offered on Shabbat. 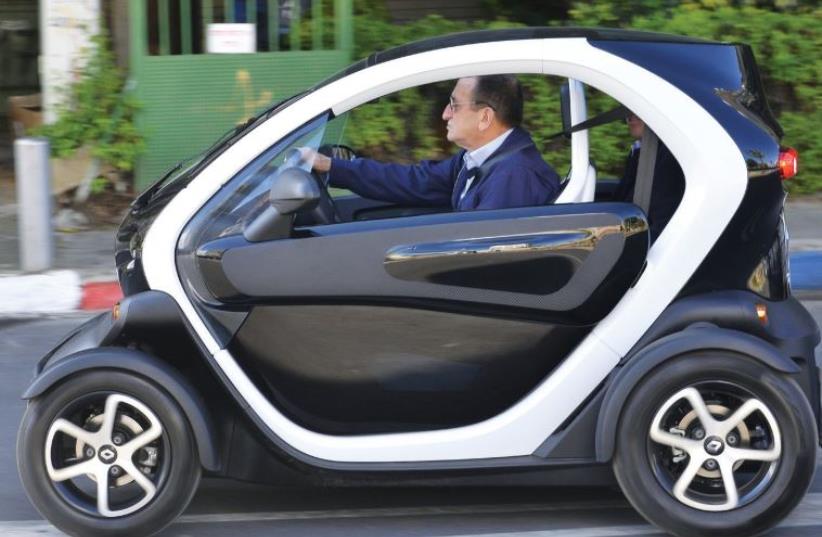 TEL AVIV Mayor Ron Huldai takes a Car2Go car for a spin.
(photo credit: ISRAEL MALOVNY/TEL AVIV MUNICIPALITY)
Advertisement
The Jerusalem Municipality chose “Car2Go” to operate a car-sharing service in the capital after opening the selection process to a public tender. The service will allow customers to rent cars for short and long terms inside and outside of the city seven days a week, and the municipality will appropriate designated parking spots for the service.Operations will begin “in the coming months,” according to the municipality. The service will offer 17 cars at first, adding 18 cars in its second phase.In reply a question sent by The Jerusalem Post, the municipality confirmed that the service will be offered on Shabbat, but not in neighborhoods that are considered ultra-Orthodox.
car2go: Proud to Share (YouTube/car2go)
Following the approval of the tender, Jerusalem Mayor Nir Barkat said: “We are constantly investing and bringing new and advanced transportation technologies that will meet the needs of the city of Jerusalem in the coming years.“This service will allow mobility for our residents and visitors and will minimize the traffic jams throughout the city. We will keep leading the transportation revolution in Jerusalem.”City Councilwoman Fleur Hassan-Nahoum, from the Yerushalmim faction, who led the move in response to a request made by a resident of the city, told the Post that development of the service came after reaching a compromise with ultra-Orthodox councilmen.“We agreed that there will be no office services in Jerusalem on Saturdays, and instead customers could call the Tel Aviv custom service,” she said.Hassan-Nahoum said she was thrilled the project was finally getting off the ground.“Not only is a car-sharing initiative good for the transportation and environment of the city, but I also hope for the dawn of a new area of collaboration with the ultra-Orthodox,” she said.“This is what a shared society is supposed to look like. The next initiative we are pushing forward with this new atmosphere of compromise is the rent-a-bike initiative, which has been stuck for two years for Shabbat reasons and which I now hope will be with us by the end of 2018,” she added.The city already has a car-sharing service provided by “City Car” that does not operate on Shabbat and which the municipality said it does not facilitate.