Three Michelin-starred chefs to take over restaurant at InterContinental David for a kosher gourmet experience. 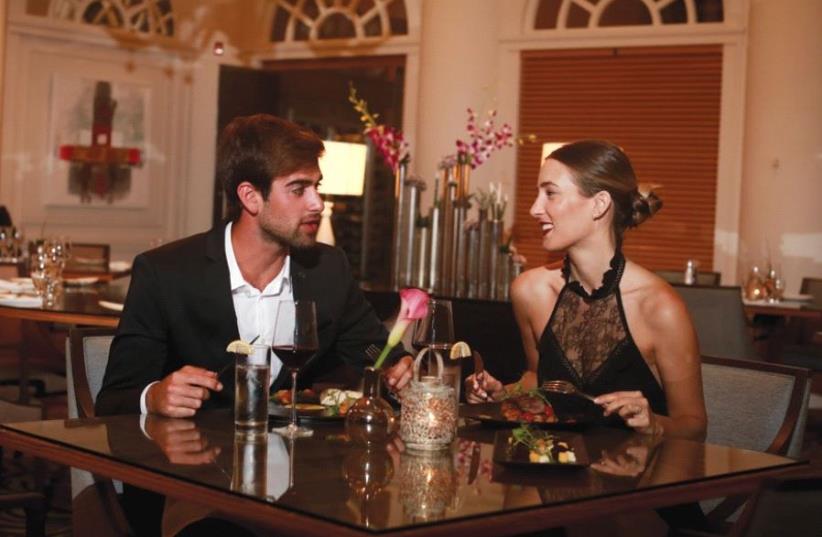 THE AUBERGINE restaurant in the InterContinental David Tel Aviv.
(photo credit: ADI COHEN ZEDEK)
In the culinary world the Michelin star is like the glittering gold Oscar, the acclaimed Pulitzer, the prestigious Nobel. Every high-end restaurant clamors for and dreams of the day they will be awarded a star.But Michelin has declined to publish a guide for Israel, citing commercial reasons.And while hungry travelers can dine in Michelin-starred restaurants abroad, kosher consumers have slim pickings indeed: while there were restaurants in London and Paris that made the cut, they have since closed.But a hotel in Tel Aviv is bringing three Michelin- starred chefs to cook up kosher, gourmet offerings as part of a three-week “Kosher Taste of Michelin” festival.From January 9-29, chefs Eberhard Lange of Berlin, Lionel Levy of Marseilles and Roger Rassin from Amsterdam will take over the kitchen of the InterContinental David Tel Aviv’s Aubergine restaurant.Each chef will take control of the restaurant for a few days and provide a five-course tasting menu in their own unique style.Lange, who is the executive chef at Hugos restaurant in Berlin, serves up haute cuisine using local produce with international influences.Levy, head chef at Alcyone in Marseilles, cooks modern and gourmet Mediterranean- style food. Rassin, of Amsterdam’s La Rive eatery – known as one of the best in the city – is known to prepare French-Mediterranean flavors with a subtle hint of Asian influences.“This is a unique gourmet dining experience for all that will bring kosher food diversity at the Michelin caliber,” said David Cohen, general manager of the InterContinental David Tel Aviv Hotel.“Aubergine prides itself on its avant-garde cuisine and we are certain that the festival take us to the next level.”Dinner per person during any of the three chefs’ reigns is NIS 240 or NIS 340 including three glasses of wine.Hungry consumers are urged to book in advance.For more information or reservations, visit www.intercontinental- telaviv.com/tasteofmichelin or call (03) 795-1234.