For the love of Yiddish

Sara Ziv, chairwoman of the National Authority for Yiddish Culture, is optimistic about the future of the Mama Loschen in Israel. 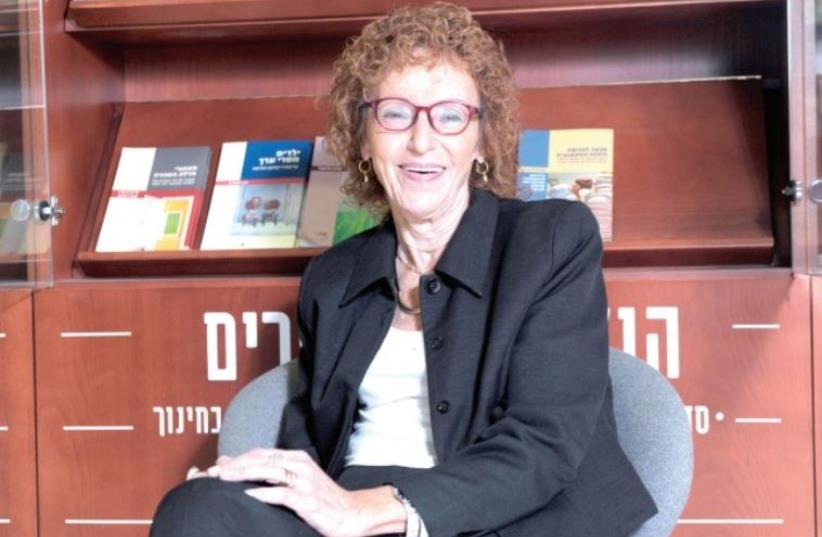 Dr. Sara Ziv
(photo credit: AVSHALOM SASSONI)
Advertisement
When Eliezer Ben Yehuda was reviving the modern Hebrew Language a century ago, Yiddish was the lingua franca for the majority of Europe’s Jews and even further afield as the great waves of migration spread Yiddish culture and language to the America’s and even to Palestine.In 1939, around 11 million of the world’s Jewish population of 16 million spoke Yiddish, but then the Holocaust decimated the great Yiddish speaking masses and in the nascent state of Israel, Yiddish ran up against the emergence of Hebrew culture and was sidelined and even frowned upon.Gradually though Yiddish has emerged from the shadows as Israel has embraced multi-multiculturalism over the melting pot.In 1996 The National Authority for Yiddish Culture was founded to develop, nurture and enable the continuation of Yiddish culture.Five years ago, with the Authority mired in debt, then Minister of Culture and Sport Limor Livnat, appointed Dr. Sara Ziv, a respected educator, to chair the organization with the mission of putting the Authority back in order.“It was my love for Yiddish,” says Ziv unequivocally when asked why she took up the challenge. That love and curiosity developed despite not growing up in a Yiddish speaking household. In fact, her father was a Hebrew teacher; although she did hear her parents speak Yiddish among themselves.Ziv studied Yiddish at Bar Ilan University before going on to do her doctorate, which dealt with Yiddish at the time of the early settlement of the Land of Israel. She also holds a second PhD in teacher training, and continues to head the international department at the MOFET Institute for Teacher Training a nonprofit supported by  the Ministry of Education.With the Authority’s books now balanced Ziv says it is now going “full steam ahead in reaching for its goals and it has already made some impressive achievements.”The Authority works in several directions, explains Ziv. It awards an annual prize for Yiddish culture which last year was awarded to Shmulik Atzmon-Wircer, the founder of the Yiddishshpiel Theater, for life achievement in the field of Yiddish theater and this year is awarded to Rivka Basman Ben Haim (See interview, Page 6) a Yiddish poet who also insists in translating her work to Hebrew and connects the past and the present.The Authority held an event last year to mark 100 years to the death of the great Polish Yiddish author I.L. Peretz and this year will mark 100 years to the death of the Russo-American Yiddish novelist and playwrite Solomon Naumovich Rabinovich, better known under his pen name ShaFor the love of Yiddish Sara Ziv, chairwoman of the National Authority for Yiddish Culture, is optimistic about the future of the Mama Loschen in Israel W A Yiddish Revival, January 2016 3 lom Aleichem, the author of Tevye and his Daughters, which was adapted to the play and movie Fiddler on the Roof.THE AUTHORITY also conducts events on Holocaust Day and runs 12 clubs around the country aimed mostly at middle-aged people who heard Yiddish growing up and want to strengthen their connection to the language and culture, and for the elderly who grew up in a Yiddish-speaking environment.So why Yiddish, I ask Ziv somewhat provocatively. “Let me answer with a question,” she responds, “Why did we come back to our country after 2,000 years of exile? “A nation that does not have a past and doesn’t have a remembrance of its past and doesn’t not only preserve but maintain and develop its culture does not have a future,” she continues.She describes Yiddish as one of the “inalienable cultural assets” that the people of Israel developed over its 2,000-year exile and that continues to influence our culture to this very day.“The Hebrew language draws a lot from the Yiddish language both in terms of structure and vocabulary,” she explains, “so we have to preserve and maintain that culture.”Ziv though has no illusions that "we will wake up tomorrow morning and everyone will be speaking Yiddish." The goal of the Authority, she syas, isto try to ensure that “there will be a continuation to this language and culture and that we will see works translated into Hebrew so that the youth of today can get to know writers and artists past and present and will get to know the cultural assets of the Jewish people.”To that end, she says, the Authority provides support for institutions to create works of music, art and literature in Yiddish and to always have a translation into Hebrew.The Authority also gives scholarships to students researching Yiddish language and culture and works to promote Yiddish among youth by supporting schools that have a Yiddish track for matriculation.Where does Ziv see Yiddish culture and language in Israel 50 years from today? “If we fail to create an environment that inspires individuals and groups then the whole story will just fade away,” she concludes.“I don’t see a country that speaks Yiddish or literature that is created entirely in Yiddish but I do see a future for Yiddish especially if we can win over the young generation."

The full magazine about the Yiddish revival can be found in January's Jerusalem Report.