Israel Festival 2015: Out with the old, in with the new

An exciting European line-up is set to expand the festival’s horizons. 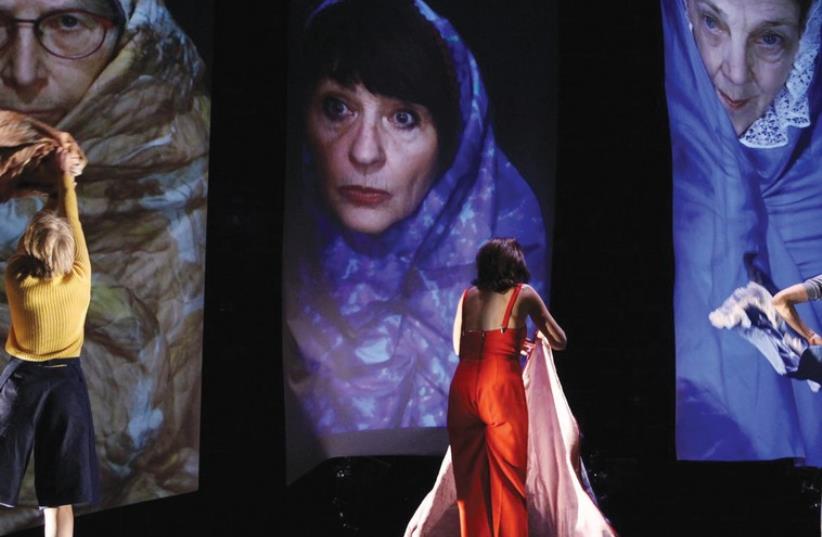 A STILL from Germany’s post-dramatic She She Pop’s
(photo credit: DORO TUCH)
Advertisement
This year’s Israel Festival grabs the whole concept of a genre convention and tosses it into the nearest trashcan.“Simply put,” says new festival artistic director Itzik Juli, “the stage begins to live when it frees itself of prior expectations and manages to shake us, the audience, into thinking afresh.”Local artists from Germany, France, Finland, Romania and the Czech Republic are among the 12 participating nations focusing on new frontiers, transcending boundaries and exceeding limits.The 54th Israel Festival in Jerusalem takes place from May 25-June 24 at the Jerusalem Theater and at venues all over the city.Let’s get started with theater and the Jerusalem YMCA which Romeo Castellucci has reconfigured for his Julius Caesar, Spare Parts, a piece he calls an intervention in Shakespeare’s play. In it, the actors struggle mightily both to “reevaluate the text” as Castellucci puts it, and the deliberate obstacles in their way. Castellucci (b. 1960, Italy) is a hugely respected and prize-winning avant-garde director, playwright, designer and artist. This is his Israel Festival debut. (Italian w. Hebrew subtitles; all foreign-language performances in the festival are subtitled.) Adapted by Julien Gosselin from French writer Michel Houllebecq’s controversial novel Atomized, Elementary Particles was an instant hit at last year’s Avignon Festival. The multi-disciplinary work relates to the psycho-sexual perplexities of a whole generation via the adventures of two brothers abandoned by their mother in her quest to “find herself.” The performance is four hours long, with an intermission.The concept of post-dramatic theater (PDT) informs She She Pop’s (Germany) take on Stravinsky’s famed Rite of Spring. PDT focuses not on the drama as such but on the context of performers, performance and stage.The performers on stage and their real mothers (on video) delve into identity, the generation gap, mother- daughter relationships and more.Belgian creator Miet Warlop and her Campo company bring us Mystery Magnet. At once funny and savage, Magnet has been described as “an amusement park for adults, on steroids.”Good theater often asks difficult questions and young Rosenblum Prize-winning Israeli director Eyal Weiser poses some tough ones in How Is the Beast. In it, three fictional artists from Poland, Israel/Germany and Israel meet in Berlin during last year’s Protective Edge campaign. Their fictional responses to an actual and critical article is the meat of the piece.Another war, another time: in LysistrataX director Emmanuela Amichai takes Aristophanes’ anti-war satire into the future via dance, theater and video, and from Jerusalem’s Khan Theater comes KineretKineret based on Nathan Alterman’s 1912 play that asks, via idealistic young settlers, “Where have we come from, and where are we going?” The festival, like last year’s, hosts Center Stage, Jerusalem’s monodrama festival featuring 10 plays.And let’s not forget the kids. Among their three shows are Bear in Mind, a musical by Eli Bijaoui based on the Three Bears fairy tale, and a dance theater piece, Carnival of the Animals (Saint Saens), by Barbara Latalova and company, that involves the kids in the action.In dance, the Trisha Brown Company has two programs. One features three of Brown’s iconic pieces including Set and Reset. The other is In Plain Site, a homage to the 78-year-old post-modern dance pioneer specific to the Israel Museum. Unfinished Self, a deft solo by French dancer choreographer Xavier le Roy, looks at possible consequences to the human body of genetic engineering.Snakeskin, performed within a poetic string installation, is by Canadian dancer Benoit La Chambre and won the 3013 Montreal Dance Prize.I-On and X-On by Ivo Dimchev comes from a collaboration with iconoclastic sculptor Franz West that began in 2010 when the two met. Art transcends galleries, both agree, so in I-On Dimchev, alone in a gallery with abstract art, tries to come to grips with it, and himself. In X-On tourists in a museum are asked to interact with the sculptures. Watchable weirdness results.And socially conscious, always innovative Vertigo returns to the Festival with a contemporary version of Anna Halprin’s (she worked with T.Brown), seminal Parades and Changes that looks at and compares dance with everyday life. It was censored when first performed in the 1960s.Ticket prices range from NIS 80 to NIS 155 but if you buy by April 30 you can get 1 + 1 at half price. There’s a 20 percent reduction for a package of four shows, as well as a 25% discount on the opening event (NIS 195).