One Republic lands in Tel Aviv

Hit rockers arrive early in order to tour the country before their show at Hayarkon Park on Thursday. 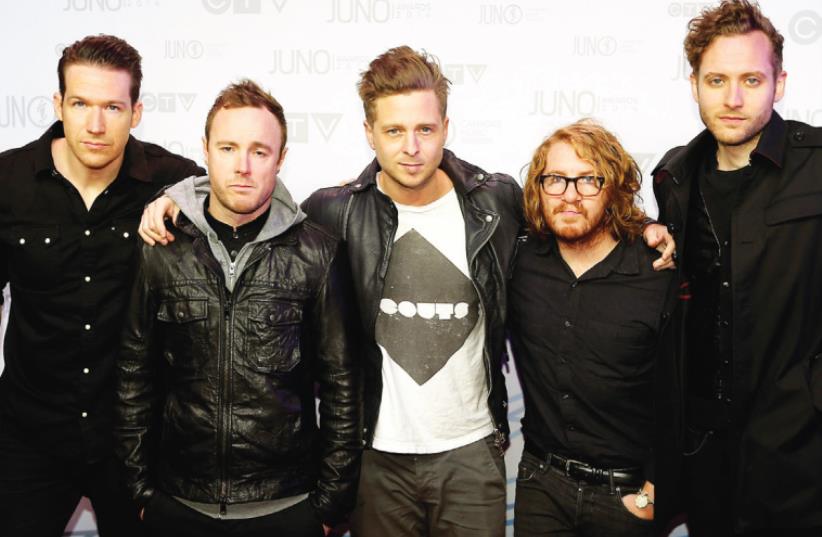 ONE REPUBLIC appears on a red carpet in Canada last year
(photo credit: REUTERS)
Advertisement
The wildly popular US pop group One Republic is nearing the end of its two-year Native tour, but not before a stop in Tel Aviv for a concert at Hayarkon Park this Thursday night."We are really excited to be here and want to see as much as possible in Israel during our stay," the band said in a released statement upon their arrival in Israel Sunday night. "We were really looking forward to coming here so that's why we moved up our arrival date, several days before the show."The band, led by singer-songwriter Ryan Tedder, will be making its first ever visit to Israel for the show. They are best known for the massive hits “Apologize,” “Stop and Stare,” “Good Life” and “Counting Stars.” Tedder has also written and produced hits for some of the biggest current musical acts, including Beyonce, Adele, Maroon 5, Taylor Swift and One Direction.Israeli singer and songwriter Harel Skaat will open for the band Thursday night. "One Republic is one of my favorite bands," said Skaat. "They make amazing, current and uncompromising pop music. Every time I hear a great song on the radio and use the smartphone app that identifies songs - I find out it's one of theirs. I'm very excited to be the opening act for their Hayarkon Park concert."The stop in Tel Aviv will kickstart its European leg of the tour, and the band will leave Israel and head to Turkey, Macedonia, and Bulgaria before continuing around the continent. Their most recent shows were 10 concerts across Canada last month, where they wowed the crowds. The Ottawa Citizen reported that “fans were bedazzled by the slick production...and top-notch level of musicianship, too,” adding that “the setlist offered a nice balance between heartfelt songs and upbeat rockers.”Guitarist Drew Brown told CBC news that the band is working on a new album, and “we’re really excited about it, we think it’s the best thing that we’ve ever done.”One Republic, originally from Colorado, released Native in 2013, after its hugely successful albums Dreaming Out Loud (2007) and Waking Up (2009).Mako reported last week that it got a hold of the band’s rider – a list of requests for themselves and their staff – and it consisted most of “organic food and alcohol.” In addition to granola bars and protein shakes, the band asked for 48 bottles of mineral water – 24 cold and 24 at room temperature.Tickets are for sale at www.2207.co.il