‘Homeland’ in the Big Apple, a chess prodigy and Texas Robin Hoods. 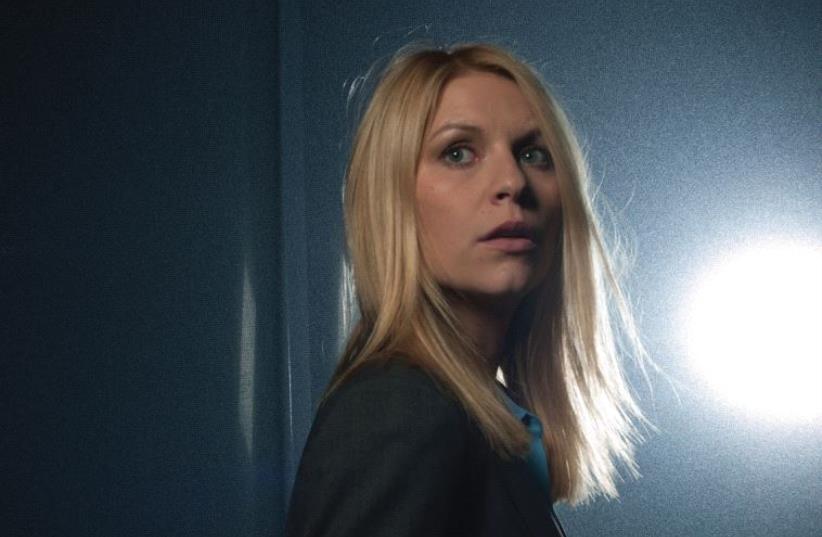 Homeland
(photo credit: PR)
Advertisement
Season 6 of Homeland is coming up on January 15, and YES Binge is making all the previous seasons available if you want to catch up. A few intriguing facts have been revealed regarding the new season. It will be set in New York, after everyone’s favorite bipolar former CIA agent, Carrie Mathison (Claire Danes), worked in Pakistan and last season in Berlin.The early seasons of the show took place mainly in Washington, DC, so the Big Apple setting will be an interesting change.The series, which always tries to anticipate the news, will feature a female president, whom Saul (Mandy Patinkin) and Dar (F.Murray Abraham) will be advising.Maybe in the later episodes they will be able to write in a Trump-like character. I’d enjoy seeing the meltdown Saul would have if he were forced to try to counsel someone who is more knowledgeable about golf courses than terrorist groups.When Magnus Carlsen was just 14, The Wall Street Journal dubbed him “the Mozart of chess.” The workings of the high-level chess world are always fascinating, and Carlsen’s extraordinary journey is explored in the new documentary Magnus, which will air on YES Docu on December 4 at 10 p.m. and on YES VOD. It will be rebroadcast on December 9 at 10:30 p.m.Coming up this month on YES Docu is Norman Lear: Just Another Version of You, about the iconic television producer who created shows such as All in the Family, which changed the face of American comedy. It will air on December 11 at 10 p.m. A new four-hour documentary called The Case of: Jonbenet Ramsey is about the murder of the six-year-old beauty queen nearly 20 years ago.It was a bizarre and disturbing crime, made more so by the glimpse it gave into the world of child beauty pageants, a sickening phenomenon. It will start airing on December 18. And Marathon: The Patriots Day Bombing, a look at the 2013 Boston Marathon bombing, will be shown on December 26 at 10 p.m.Noah Klieger, a 90-year-old journalist who has been working for Yediot Aharonot for years, tells the story of his extraordinary life on “Boxing Life,” an installment in The Real Story series on Channel 1, on November 29 at 9 p.m. Sent to Auschwitz as a teenager, he claimed to have been a boxer so that he could be part of a boxing team there, and came to Palestine after the war aboard the Exodus.If you’ve never seen the film Witness (1985), directed by Peter Weir and starring Harrison Ford, you should catch this engrossing thriller/romance on HOT Prime on November 26 at 3:30 p.m. Even if you’ve seen it, this movie is worth watching again. It’s the kind of fastpaced, exquisitely crafted story that Hollywood used to do so well.Harrison Ford gives his finest performance as John Book, a tough Philadelphia detective investigating a murder at the train station, and it’s the one time that Ford was nominated for a Best Actor Oscar.The only witness to this killing is an Amish boy (Lukas Haas). When Book discovers that a high-level police official may be involved in the killing, he has to go and hide out with the boy and his mother (Kelly McGillis) in Amish country.The contrast between the dirty world of the crime-infested city and the seemingly idyllic religious community may be forced at times, but there is no denying the power of the romance between the two main characters.Both HOT and YES are featuring the recent crime caper film Hell or High Water, which stars Ben Foster and Chris Pine as two brothers who turn to bank robbery to save their family’s ranch in Texas. Jeff Bridges, who usually plays outlaws, is the Texas Ranger trying to catch them. It will air on HOT VOD movies and YES VOD starting on December 1.