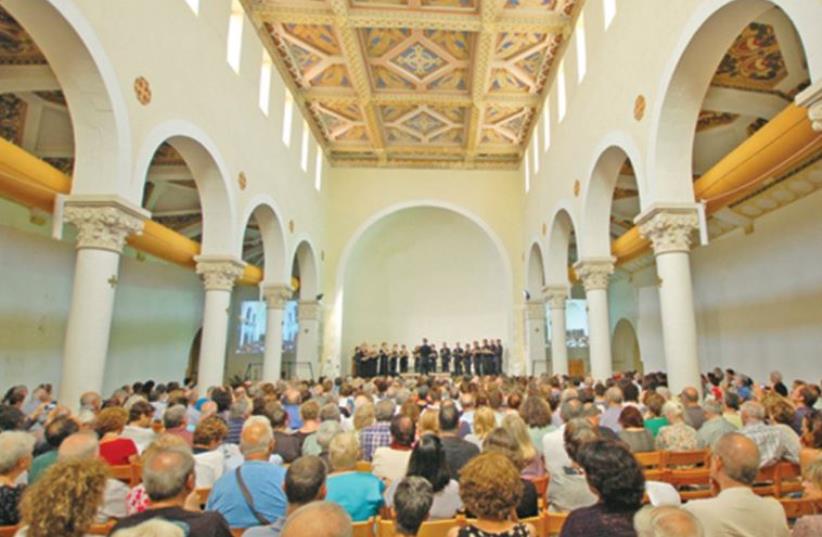 Abu Ghosh Vocal Music Festival
(photo credit: PR)
The Stuttgart Chamber Choir, conducted by Frieder Bernius, graced this year’s Abu Ghosh Music Festival with its presence.Diversity reigned in the choir’s program. From the Baroque Gregorio Allegri and Orazio Benevoli’s Miserere and Missa, the choir branched out to 20th-century modernist Olivier Messiaen, whose five Chants surprisingly sounded more dramatic than the preceding O Padre by Giuseppe Verdi.In Nostro Padre (“Our Father”), he expresses a less operatic style than expected of this composer, but radiates profound belief. Moreover, it is hard to imagine any choir that is capable of singing in 12 parts, and this in perfect transparency. The choir also rescued from oblivion the unjustifiably almost forgotten Fanny Mendelssohn, Felix’s sister, whose style is remarkably different from her brother’s – more energetic than his romantic melodiousness. No less surprising were Gustave Mahler’s Rückert Songs in a tour de force performance of nine parts.Largely different in style and language though these works were, the choir sounded as though perfectly at home in all of them. Sopranos were radiant, male voices were forceful though never strained, and balance and transparency sounded effortlessly perfect.The audience was particularly happy with an encore of the Hebrew song “Sheleg al Iri” (”Snow on my City”) more correctly and clearly pronounced than it is by many local choirs.