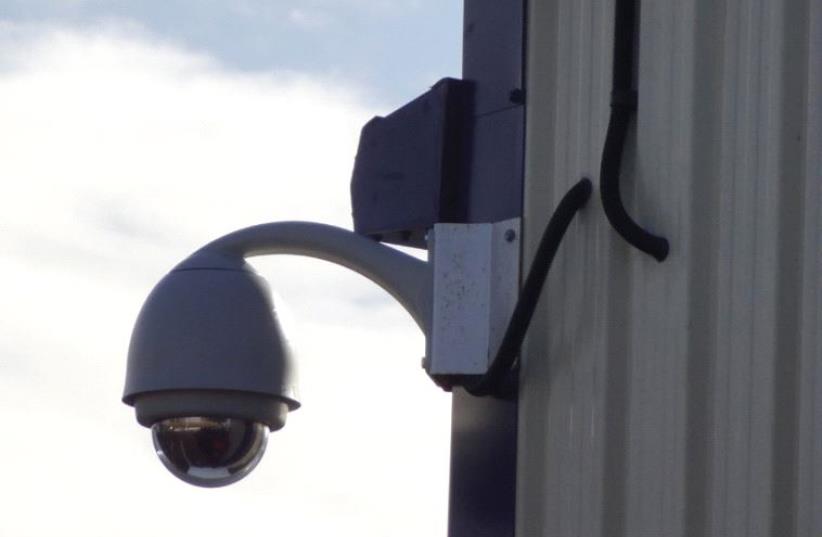 A new network of ultra-sophisticated security cameras will be installed across Jerusalem
(photo credit: Courtesy)
Advertisement
Israel has deployed thousands of cameras in the West Bank and Jerusalem to catch terrorists, including the reading of license plates, Public Security Minister Gilad Erdan said on Monday.Erdan’s announcement at the International Institute for Counter-Terrorism Conference at IDC Herzliya, and its specificity, went far beyond previous hints by anonymous officials about enormously increased surveillance to combat terrorism.The public security minister emphasized that “additional technologies, eyes and human eyes” had been key to Israel’s success in rolling back the so-called “Knife Intifada” of 2015-2016.Erdan said two factors were key in combating terrorism: understanding the centrality of authorities like the police, the prisons and firefighters; and combating the underlying roots of incitement and terrorism.Regarding the centrality of defending the home front with non-military arms, Erdan said there was a conceptual shift needed in setting missions and in training in order to be facilitate civilian counter-terrorist activities.On a related note and in light of many terrorist attacks being thwarted by civilians, Erdan said he widened permissions for citizens with security backgrounds and no criminal record to bear arms.He added that the new, more permissive policy was still far more restrictive than in the US, where bearing arms is a constitutional right.He also directed attention to efforts to reduce the presence of terrorists online.Erdan noted that the EU, and particularly Germany, have both made strides toward Israel’s position in forcing Facebook and other social media platforms to remove terrorists’ pages. This is despite their criticizing Israel for such measures not long ago.When the EU notifies a social media platform of a terrorist post, Erdan said, the current rule is that the post must be taken down within an hour.Earlier at the conference, ex-Mossad chief Shabtai Shavit said global Shia terrorism “will not beat the free world, not because the free world is so strong” but because it cannot “beat the moderate Sunni” majority.The flip side, he said, was in about 45 years, “We have not succeeded at beating terrorism, not in Israel and not in the broader free world.”He dated the modern terrorism that Israel has had to cope with to the mid-1960s, when a group of Germans joined certain Arab states in fighting against Israel, and with the founding of the Palestine Liberation Organization.The former Mossad chief noted that even as terrorism “has changed its shape from secular nationalists to global Islamists, it still threatens the world agenda.”“Even if you win all of the battles, as long as the ideology exists – the war continues,” he said. “The free world can impact its volume, but it cannot eliminate the religious idea” underlying terrorism.In order to beat global terrorism, the free world much radically change its own mindset and deal with it “far more intensely than it does today,” Shavit said.“For this level of cooperation to be realized, the free world must reach agreement on broad strategy, legal approaches and values – there must be a universal idea about defining terror.” Top UN Security Council counter-terrorism official Michele Coninsx told the conference that on September 26, her office would be rolling out new global standards for countries to collect digital evidence from private-sector communications companies.Coninsx did not go into detail about the issue, leaving open how revolutionary the move will be in a world where only a few years ago, outside of the US at least, it was considered much more controversial to collect such evidence.