"The language used against the president of the United States is itself unprecedented, and it really should not be a language an ally uses with an ally, however angry someone is." 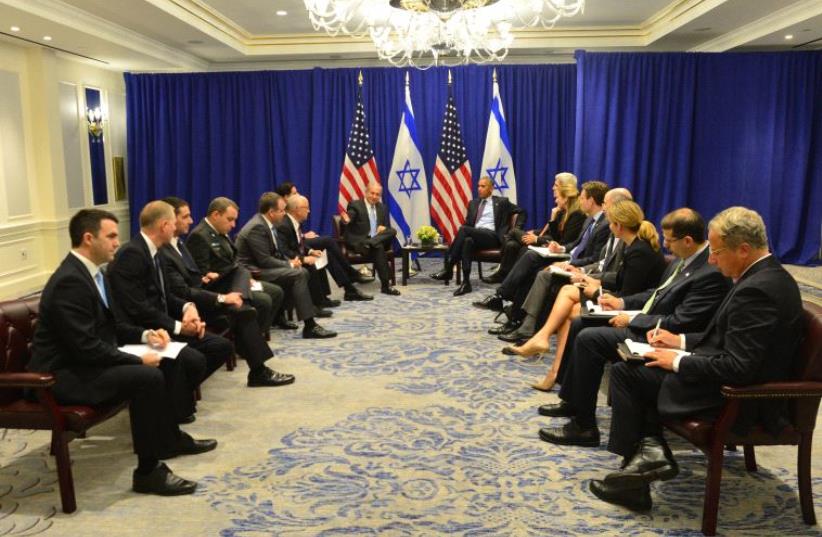 Barack Obama and Benjamin Netanyahu meet on sidelines of UN General Assembly in New York
(photo credit: KOBI GIDON / GPO)
Advertisement
The harsh language being levied from Jerusalem against the Obama administration in the wake of a UN resolution condemning Israeli settlements is "unprecedented" and "unacceptable," a former US ambassador to Israel said Monday. In an interview with Army Radio, Dan Kurtzer, who severed under the administration of George W. Bush from 2001 to 2005, said that it should be "no surprise to people that the international community, including the United States, has strong opposition to what Israel is doing in the West Bank."  The United Nations Security Council on Friday passed a motion condemning Israel's settlement construction, after the United States abstained from casting a vote over the controversial decision. The US had previously been expected to yield its veto power as a permanent member of the 15-state body over the issue.
Netanyahu: "Friends don"t take friends to the Security Council" (Dec. 26, 2016)
Kurtzer noted, however, that the language in the resolution itself was "faulty," adding there were "elements beyond settlements which makes it a problematic resolution." But despite Jerusalem's outrage over the US decision, Kurtzer asserted that the posture it has adopted was unbecoming of a close ally that has been generally supportive of Israel over the last eight years. 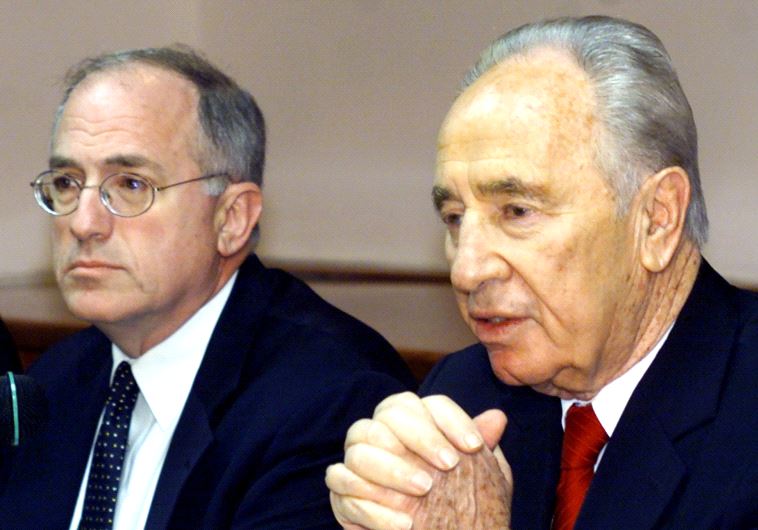 Former US ambassador Dan Kurtzer (left) sits with late former president Shimon Peres "The language used against the president of the United States is itself unprecedented, and it really should not be a language an ally uses with an ally, however angry someone is. Its just not proper and unacceptable.""It's quite ironic," Kurtzer continued, "that during the past eight years, the relationship between the United States and Israel has become deeper and stronger than ever before.""We have a number of issues on which we disagree quite strongly, Iran, of course, was one of them," the ambassador said, "but none of these differences accounts for the nasty language that's being used.""I think we have to find a way to really get beyond this and try to deal with some of these differences of view more privately," he added. Kurtzer has not been shy in his criticism of Israel in the past, which garnered an ethnic insult from a former Knesset member back in 2002.Parliamentarian Zvi Hendel had called Kurtzer "Yehudon," a Hebrew insult meaning "Jewboy," after the ambassador said publicly that Israel would rather spend money on settlements than on citizens with disabilities, who were on strike at the time.