IDF opens investigation into brutal assault of Druse soldier on base

A family member of the victim's recounted the violent incident, which happened on a base in the north, on Facebook. 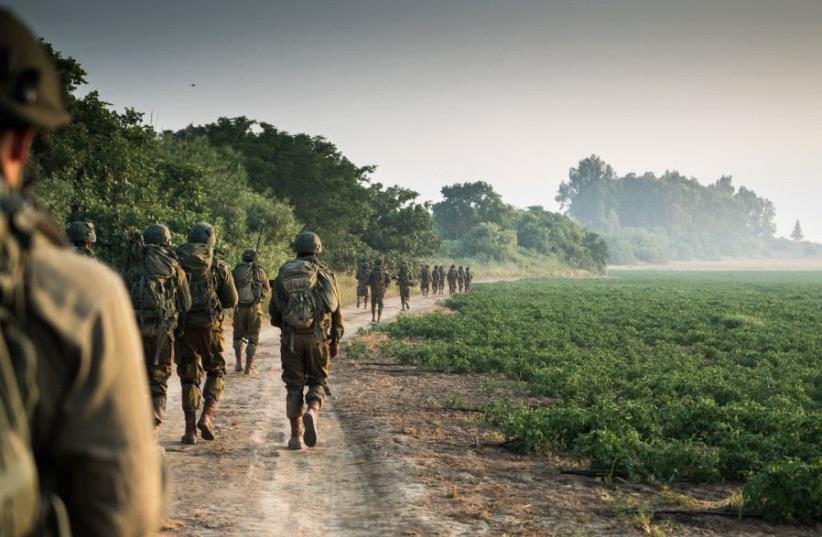 IDF SOLDIERS take part in a military exercise.
(photo credit: IDF SPOKESMAN’S UNIT)
Advertisement
The IDF has launched an investigation into two soldiers who allegedly assaulted a fellow soldier, a Druse, last Thursday, the IDF Spokesperson's Unit told The Jerusalem Post.A family member of the victim’s recounted on Facebook the violent incident, which happened on a base in the north. Her post went viral.To set the stage for her description of what she called a “terrorist attack” and a display of accompanying pictures of the beaten soldier, she wrote in her post: “The picture you see here was not taken at the scene of a [Palestinian] terror attack. This did not happen at Damascus Gate or in one of the [outposts] in the territories.” According to her, the attack was perpetrated by “criminals in uniform.”The incident began when the victim refused to leave his bedroom.“He was attacked with chairs and towels thrown at him, [the attackers] kicking and punching his body,” she wrote. “The soldier felt it might cost him his life. Luckily, soldiers and other officers who were nearby stopped the incident – otherwise it is impossible to know how it might have ended.” After the incident, the victim complained of severe pain and asked to be evacuated for a physical examination. The base commander, an officer with the rank of lieutenant-colonel, refused to evacuate the victim in a military vehicle and instead offered to let him go on his own to visit a doctor, according to the Facebook post. Only hours later did the base commander allow the victim to be checked.A spokesman for the IDF said the victim was in fact taken for medical treatment at a hospital, but did not clarify when.The family member went on to say that when the Druse soldier complained about the incident the next day, he was savagely beaten again.“The IDF denounces violence and all such events are treated harshly. Following the incident, the IDF launched a police investigation and, in addition, the division commander is performing a comprehensive examination of that matter,” the IDF said.The author of the Facebook post did not immediately respond to a request for comment.