The campaign which includes a video entitled “Breaking the Silence hunters,” introduces three IDF soldiers who say they were continuously pursued by the organization. 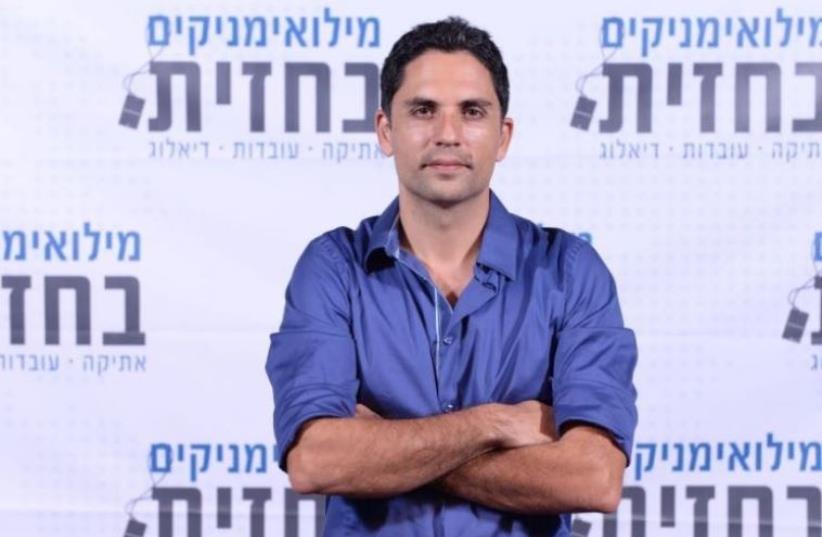 Amit Deri, founder of Reservists on Duty
(photo credit: Courtesy)
Advertisement
A new organization of IDF reservists launched a video campaign and established a hotline this week supporting IDF soldiers who they say have been harassed by the Breaking the Silence group.Reservists on Duty was founded in January as a counter to the Breaking the Silence group, an NGO which provides anonymous testimonies of alleged IDF transgressions.Since its establishment, the group has expanded its activities to target the growing BDS movement, attracting the support of hundreds of IDF reservists, as well as military brass and MKs from across the political spectrum. The campaign, which includes a video entitled “Breaking the Silence hunters,” introduces three soldiers who say they were continuously pursued by the organization and encouraged to give testimonies of their service in the IDF.In the video, the three soldiers, who served in elite units, say that following their discharge from the IDF they were contacted repeatedly by Breaking the Silence and encouraged to tell their stories of service in Operation Protective Edge.Asaf Goldshtoff, one of the soldiers, said that a representative from the group called him numerous times and was told that the organization “collects experiences from soldiers and listens to their stories.”“What I understand today is that they take certain parts of the story and that is what they present to the public,” he said.Josh Levitan, a lone soldier from the UK, recounted a similar story, and said that a representative from the group called him eight or nine times until he finally agreed to meet with him.“They didn’t mention that they were going to record me,” Levitan says in the video. “I felt that they really took advantage of the situation, where a fighter that is going through what people went through after Operation Protective Edge, he has a need for some help.”The video concludes with the question: “Is Breaking the Silence trying to pursue you?,” and urges soldiers who have been contacted by the organization to notify the Reservists on Duty hotline and report it.In less than 24 hours since the launch of the campaign, the hotline had received dozens of calls, Amit Deri, chairman and founder of Reservists on Duty told The Jerusalem Post on Tuesday.“In the last six months, we discovered that many soldiers came to us and told us that Breaking the Silence had tried to pursue them,” Deri said.“We want to investigate what we believe to be a phenomenon, that we found has been happening repeatedly.”Deri said he suspected that Breaking the Silence is receiving its testimonies through deceiving recently discharged soldiers.“Soldiers come from battle and they are in a difficult [emotional] state and believe that this group genuinely wants to listen to them, when in fact they have ulterior motives,” he said. “We suspect that they are receiving these testimonies through deception.”He added that his group does not accept anonymous testimonies, but rather only accepts stories from soldiers who are willing to go on record.Deri also called on the defense authorities to investigate the matter and look into how the NGO was acquiring contact information for the discharged soldiers.Deri noted that the Breaking the Silence testimonies, which have gained a lot of attention abroad, are fueling the BDS movement.“This is a part of the overall fight against BDS – we see them as lighting the flame for the BDS [movement], whether they want to or not, but this is the reality,” he said.The group just returned from a month long visit in the US touring campuses and Jewish communities.“What we learned on our trip was that Jewish communities and organizations don’t hear the rational voice of the State of Israel,” he said.Citing the example that Hillel groups on campus have repeatedly invited Breaking the Silence representatives to speak on college campuses, he called on the Jewish organization to also invite Reservists on Duty to share their stories.“We want every Jewish organization on campus to work with us as well and let us share our stories and help them fight anti-Semitism,” he said.“If you really want to hear testimonies then speak with us, all IDF reservists, and hear our stories.”