IN PICTURES: Burning of hametz in Jerusalem ahead of Passover 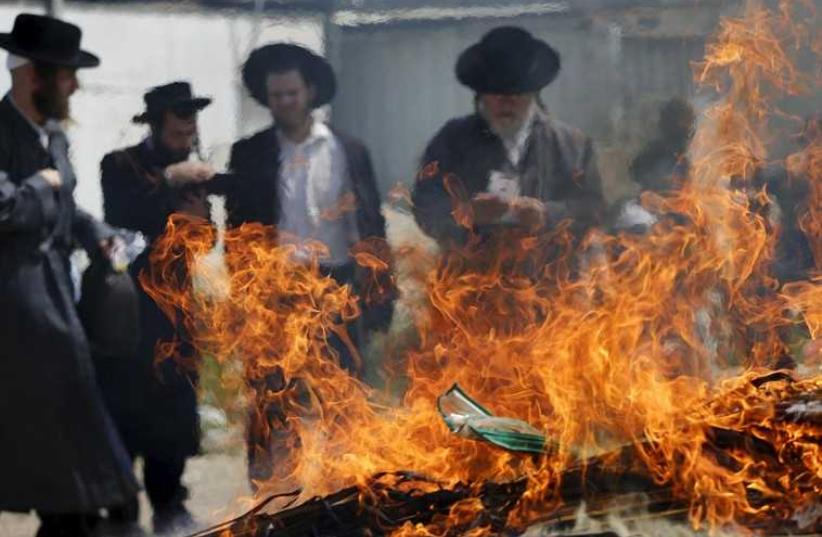 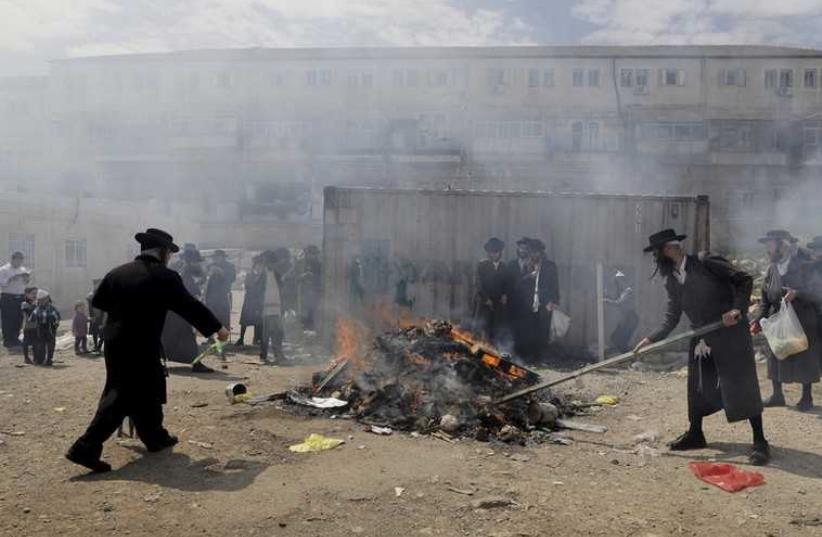 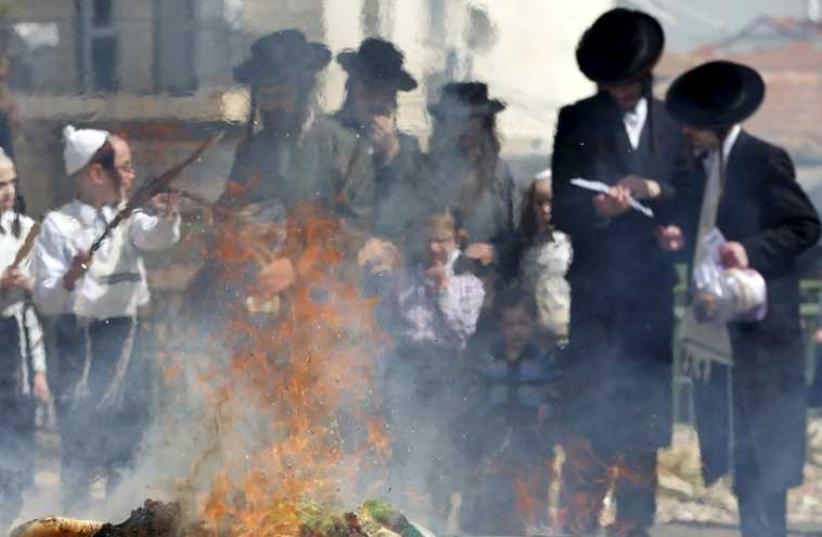 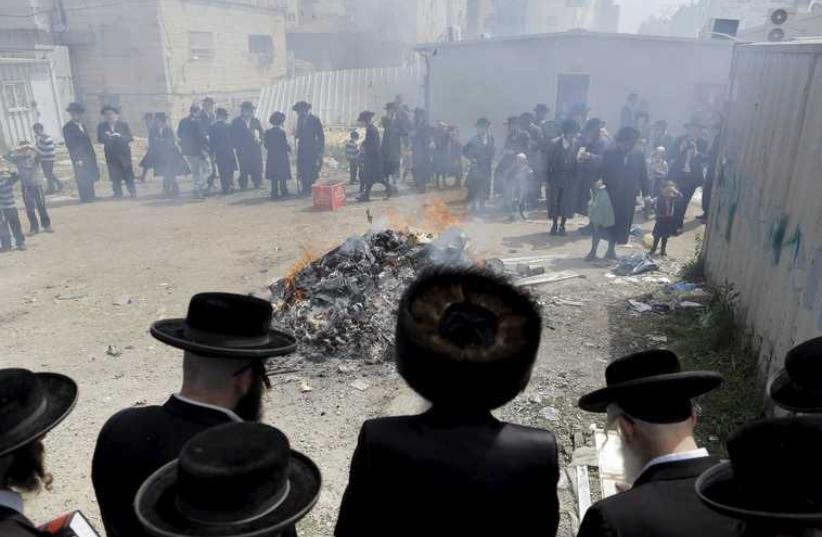 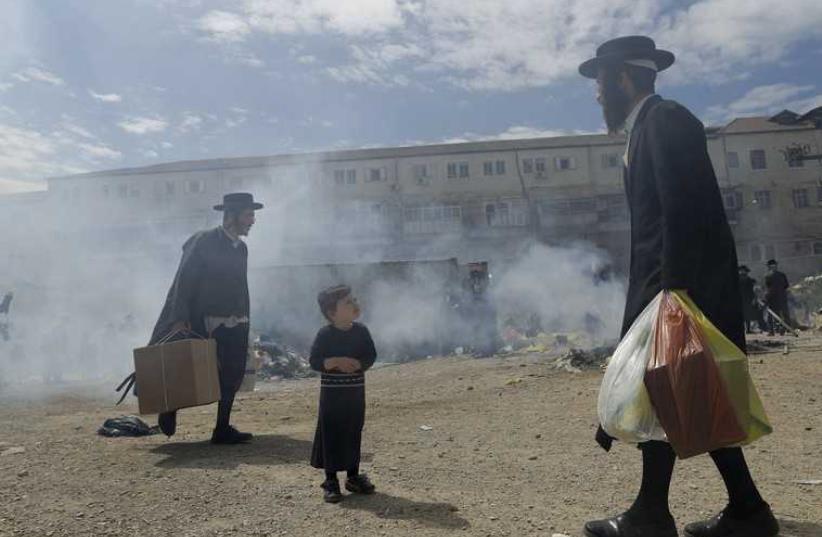 The burning of hametz in Jerusalem ahead of Passover, April 3, 2015 (Photograph: REUTERS)
Advertisement
Before the Passover sets in on Friday evening, ultra-Orthodox Jews in the Jerusalem neighborhood of Mea Shearim took part in the ceremonial burning of leaven.The tradition know as biur hametz in Hebrew symbolizes the ridding of all hametz before the holiday.On Thursday, Israel sold all of the government's hametz. For the past 15 years it has been symbolically selling all the hametz, with a price tag of $5,000, from state-owned companies, the prison service and Israel’s national emergency supply to Hussein Jabar, an Arab-Israeli resident of Abu Ghosh. It then buys it all back after the holiday is over.Prime Minister Benjamin Netanyahu, acting as finance minister attended a ceremony Thursday, along with Jabar and Chief Rabbis David Lau and Yitzhak Yosef.According to a statement issued by the Prime Minister’s Office, Netanyahu said, “I am always moved by this ceremony that symbolizes the continuity of our people and the revival of our state, and our aspiration for peace, security and prosperity for all Israelis and the Jewish People.”Abu Ghosh Mayor Jabr Issa, who also attended the ceremony said, according to the statement:“I would like to take this opportunity to wish our cousins, the Jewish residents and citizens of the State of Israel, and Jews all over the world, a happy Passover. We rely on the Prime Minister and wish him success both in forming the next government and in leading the State of Israel and the people of Israel toward prosperity and success in all fields.”Reuters contributed to this report.