‘Israel is failing to plan for its future,' former national security chief warns 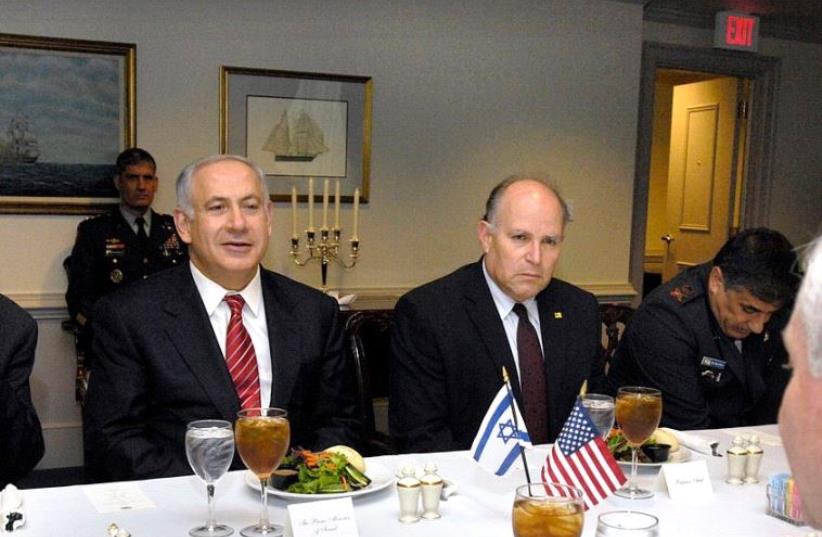 Prime Minister Benjamin Netanyahu and former National Security Council chairman Prof. Uzi Arad.
(photo credit: WIKIMEDIA)
Israel’s efforts at longterm planning are much weaker than those of other developed countries, former National Security Council chairman Prof. Uzi Arad told the Knesset Foreign Affairs and Defense Subcommittee on National Planning this week.“We in Israel are frighteningly provincial,” he said.“We don’t know the methods [for national planning], and we aren’t learning them.Our universities lag behind in imparting these skills.Compared to other advanced countries, Israel is completely weak in this area.”According to Arad, there are many existing bodies to predict or forecast, but “national planning is nonexistent.Long-term actions come from the state budget, instead of planning establishing the budget,” he lamented.In the US and UK, Arad added, the National Security Council does long-term planning, but it is not one of its responsibilities by law in Israel.Arad recommended that a long-term national planning unit be formed in the Prime Minister’s Office, so that it sees the overall system and not a specific ministry, and so it can be close to decision- makers.“Only when the prime minister puts his whole weight behind an issue do things move in Israel,” he argued.A National Education, Science and Technology Council should be formed, Arad suggested, in parallel to the existing National Security Council and National Economic Council. The planning unit would exist under the umbrella of the three councils and be made up of their representatives, who will work for several months each year on planning.Arad explained that planning is not the same as predicting or intelligence work; planning is an attempt to affect the future towards a defined goal. Planning is creative, whereas working with intelligence is analysis must be done neutralizing emotion to present an accurate description of a situation.“Planning is a synthesis, in which we take the elements and turn them into something else, what we want and not what we have. Intelligence and planning, because of the basic differences in logic, must be close to one another, but separate,” he added.Arad also asked the subcommittee to write a report with findings and recommendations for the government.Subcommittee for National Planning chairman Nachman Shai (Zionist Union) said the MKs would do so, calling it a critical issue.“Israel understands the need for national planning, but does not have the necessary tools to do so, so it doesn’t succeed in the task,” Shai stated. “The political system is behind security, which manages to look to the future.”Shai said MKs left the discussion sad, but with the information necessary to make recommendations that will improve the situation.