Israeli companies - befitting from a favourable climate and expertise in medical and agricultural technologies - are among the world’s biggest producers of medical cannabis. 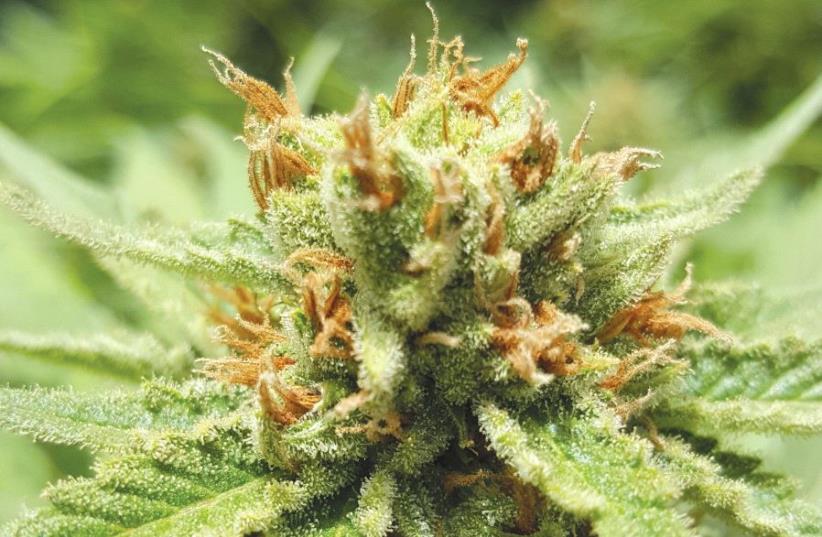 Cannabis
(photo credit: Courtesy)
Advertisement
Israel will likely allow exports of medical cannabis by the end of the year, a top lawmaker said on Thursday, a move that would boost state coffers and slow the growing number of firms establishing farms abroad. Israeli companies - befitting from a favourable climate and expertise in medical and agricultural technologies - are among the world’s biggest producers of medical cannabis.The finance and health ministries estimate exports could bring in about $1 billion a year - but some MPs have up to now stopped Israeli-grown cannabis going abroad, fearing more cultivation could push more drugs onto the streets at home.Things changed when Yoav Kisch, chairman of parliament’s internal affairs and environment committee, submitted a bill to allow exports that imposed tougher regulations on exporters and threatened jail terms and hefty fines for violations.That passed its first of three votes in parliament last week, and is back with Kisch’s committee for revisions. “I aim to finish the legislation by the end of the year,” Kisch told Reuters.“We believe it’s medicine and it’s important ... It’s a big potential for Israeli farmers and the economy,” added Kisch, who estimates the regulation could boost tax income by 1 billion shekels ($268 million) a year.There are currently eight cultivating companies in Israel - many of whom have resorted to opening farms abroad to get into the international market. The government says there have been many requests form business owners awaiting authorisation.Cannbit - a newcomer which has a farm in southern Israel and this week signed a deal with local medical cannabis supplier Tikun Olam - said it was looking into opening a farm in Portugal if the new regulations do not go through.“If there will be exports from Israel there is less tendency for investments in other places,” said CEO Yaron Razon.Together, another Israeli cannabis grower, has already started up farms in Europe after signing a $300 million contract to supply cannabis products to a Canadian company.“Exporting from Israel can have a big impact on the industry and economy,” said Alex Rabinovitch, controlling shareholder of InterCure, which recently bought medical cannabis firm Canndoc.