Halper, who immigrated to Israel from the US in 1973, heads the left-wing Israeli Committee Against House Demolitions. 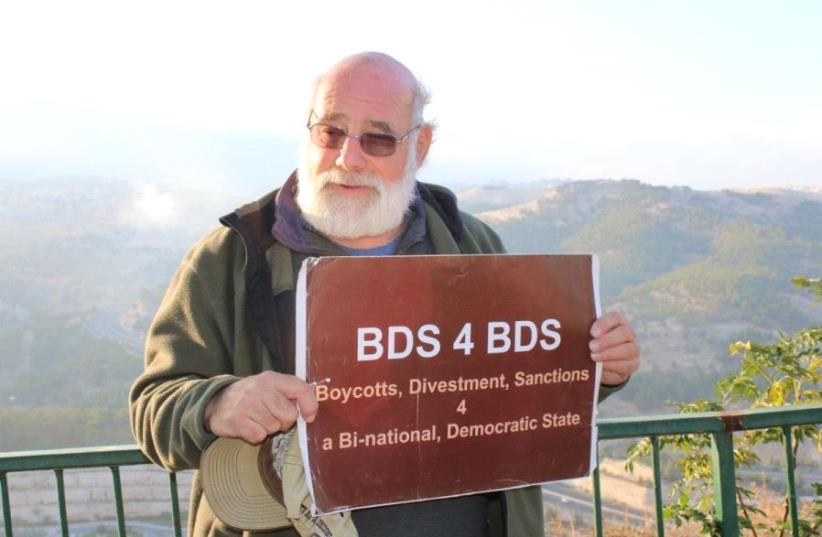 Israeli activist Jeff Halper
(photo credit: Courtesy)
Well-known Israeli activist Jeff Halper said he was briefly detained by police in Ma’aleh Adumim and that he believed it was because they suspected him of activity relating to the Boycott, Sanctions and Divestment Movement.Halper, who immigrated to Israel from the US in 1973, heads the left-wing Israeli Committee Against House Demolitions.Last Wednesday he had taken a group of British tourists to see Ma’aleh Adumim and to discuss problems related to Israeli settlement activity. He had traveled with the group on their bus and they had dropped him off near a bus stop where he boarded a bus to Jerusalem.Just before the bus left the settlement it was stopped by police officers, who entered the bus and asked him to get off with them, he said.The officers put him in their patrol car and drove in the direction of the police station, but then stopped and asked him to get out, Halper said.They asked him to take out all the material he had in his bag, such as the maps and the information he had for the group he had just led, Halper said.The officers spread the papers on the hood of the car and “photographed each one,” he said.“It was strange you think they would do it in the police station,” Halper said.When he asked why they were doing this, “they mumbled something about BDS,” Halper said. “They filled out some kind of a form and then they let me go,” he said.“I asked for a receipt,” but they refused to give him a copy of the report, he said.Halper said he went back to the police station the next day and asked for a copy of report, but the police still refused to give him one.“It’s like the Trump world – everything is turned on its head,” said Halper, referring to US President Donald Trump.“Israel is getting to be [Justice Minister] Ayelet Shaked country,” he said.Harper said he had not spoken about BDS with the group, but that the topic was a matter of free speech and should not even be an issue. He imagined that the police came because someone in Ma’aleh Adumim saw him talking to the group and reported it.A police spokeswoman said he had been briefly detained in the field for inspection and then released.