A group of over 1,000 Israeli sociologists announced on Monday that they will sever all academic ties to Ariel University "since it is not located in Israeli territory." 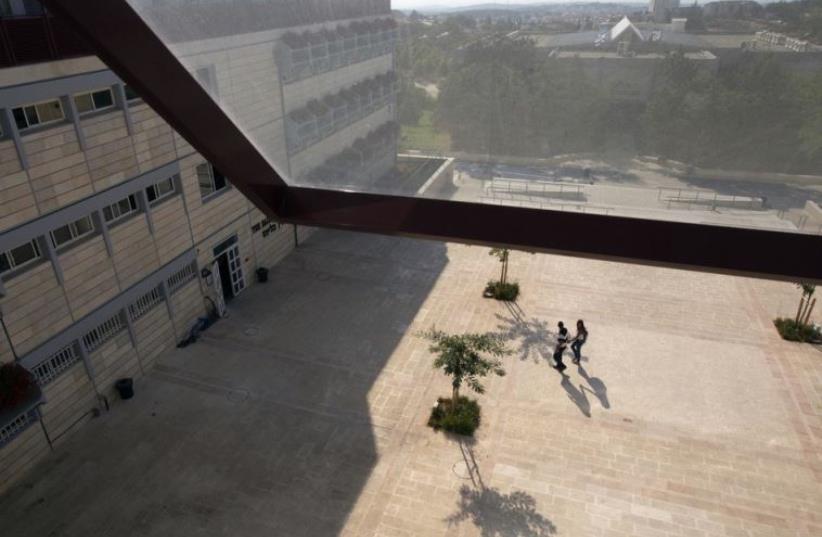 Students walk at the campus of the Ariel University Center in the West Bank Jewish settlement of Ariel
(photo credit: REUTERS)
Advertisement
Prof. Uri Ram, the newly elected president of the Israeli Sociological Society, called on Monday for a boycott Ariel University, located in Samaria.“We will not cooperate with the institute known as Ariel University, which is not located within the bounds of the State of Israel,” he said in an interview with Army Radio.The boycott initiative by Prof. Ram of the Ben-Gurion University of the Negev will first need to pass a vote of the Israeli Sociological Society, which includes some 1,000 researchers and academics.The members are expected to discuss the initiative at an upcoming Society meeting in April. Should the motion pass, it would mark the first time that an Israeli academic association would boycott an Israeli university.Education Minister Naftali Bennett responded to the reports and said he sees the issue of an “internal boycott” as a very serious matter.“A boycott is not education; it is the opposite of education. A boycott is not pluralism, it is the opposite of pluralism, and will be handled accordingly,” he said.“It is absurd that the fighters for academic freedom are taking the right to discriminate between institutions into their own hands,” he said.“The Israeli taxpayers fund higher education with some NIS 10 billion a year and we have no intention of allowing boycotts.”Bennett added that he has asked the head of the Planning and Budgetary Committee of the Council for Higher Education to propose measures to combat the boycott.The university responded to the reports of a boycott in a statement.“Ariel University is surprised and disappointed over the fact that people who espouse pluralism as part of their profession are acting on the basis of semi-fascist behavioral models that preclude them from living in harmony with those who hold different views.”“Ariel University employs people with differing viewpoints, Jews and Arabs, religious and secular, leftists and rightists from all the cities and communities in Israel,” the statement read.The university added that its diversity is “especially evident in the field of sociology.”“We are certain that the announcement made today represents a minority viewpoint among sociologists, and it is certainly not representative of the many hundreds of sociologists across the country who weren’t even asked their views on the issue,” the university said.Jerusalem Post staff and Benjamin Weinthal contributed to this report.