Ivanka Trump is Jewish after all says chief rabbinate 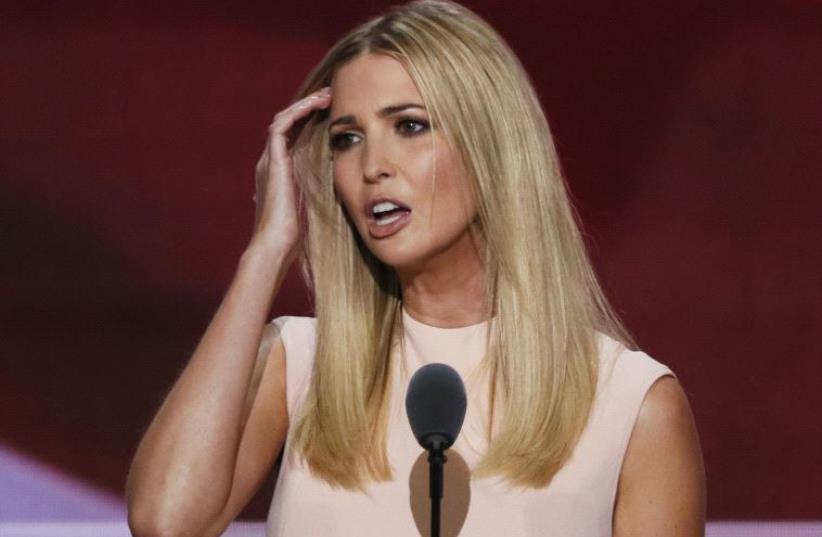 Ivanka Trump
(photo credit: REUTERS)
Advertisement
In the wake of several high-profile controversies in which Orthodox converts from the US were rejected by the Israeli rabbinical courts and the Chief Rabbinate, Chief Rabbi Yitzhak Yosef announced on Wednesday that the recognition process is now set for “serious reform.”For several years, increasing numbers of converts from North America who have immigrated to Israel have found their conversions questioned and even rejected when they have come to register for marriage or other religious services.In July this year, the Supreme Rabbinical Court declined to recognize a convert who converted through Rabbi Haskel Lookstein, a prominent Orthodox rabbi in New York. Lookstein also oversaw the conversion of Ivanka Trump, daughter of President-elect Donald Trump, and the rejection of his convert by the rabbinical courts in effect cast doubt on her conversion.In September, the Chief Rabbinate rejected a convert who had been approved by the most senior rabbinical judge of the Orthodox Beth Din (religious court) of America, Rabbi Gedalia Dov Schwartz. One of the central problems that critics of the Chief Rabbinate have pointed to is that there are no set criteria by which it and the rabbinical courts make their decisions on the issues.The announcement on Wednesday comes in response to a legal petition by the ITIM religious services advisory and lobbying group demanding that the Chief Rabbinate reveal either criteria or the list of rabbis whose conversions it accepts.In the statement, Yosef said that together with fellow Chief Rabbi David Lau, they had decided to hold a conference next week of all the judges on the Supreme Rabbinical Court together with the rabbis of the Council of the Chief Rabbinate in order to establish criteria for recognizing foreign Orthodox converts.
Ivanka Trump Visiting Ohel Of Lubavitcher Rebbe
“The purpose is to reach a situation in which the Chief Rabbinate will decide whether or not a rabbi is recognized [to convert] in accordance with known criteria, and not to enter into the details of the conversion itself..., as opposed to the past situation in which Chief Rabbinate officials took upon themselves to examine the details of each case,” said Yosef’s office in a statement to the press.The statement is likely referring to Rabbi Itamar Tubul, the head of the Chief Rabbinate’s Marriage and Conversion Department, who has been in charge of evaluating, investigating and ultimately accepting or rejecting conversions performed in the US.Until now Tubul has retained the backing of Yosef, who has authority over the Marriage and Conversion Department, although Wednesday’s statement seemed to imply a reprimand for Tubul.In July, however, Lau was publicly critical of Tubul and said in a letter to him that he should accept conversions authorized by Schwartz.Under the new process, any conversion authorized by a rabbi on the Chief Rabbinate’s list, to be drawn up in accordance with the new criteria, will be automatically approved, “except in a situation of an actual problem, [when] the case will be transferred to the rabbinical courts to clarify the issue.”The statement issued by Yosef’s office said explicitly that in a situation like Ivanka Trump’s, the convert’s conversion would not need any further clarification or investigation.ITIM welcomed the Chief Rabbinate’s announcement, saying it could alleviate “the increasing crisis between the State of Israel and these rabbis and their communities.“We hope that the process produced by the Chief Rabbinate will reduce the chaos and bureaucracy and make life easier for those seeking to tie their fate to the State of Israel,” the organization said.