A synagogue in the capital was the target of an ominous hate crime. 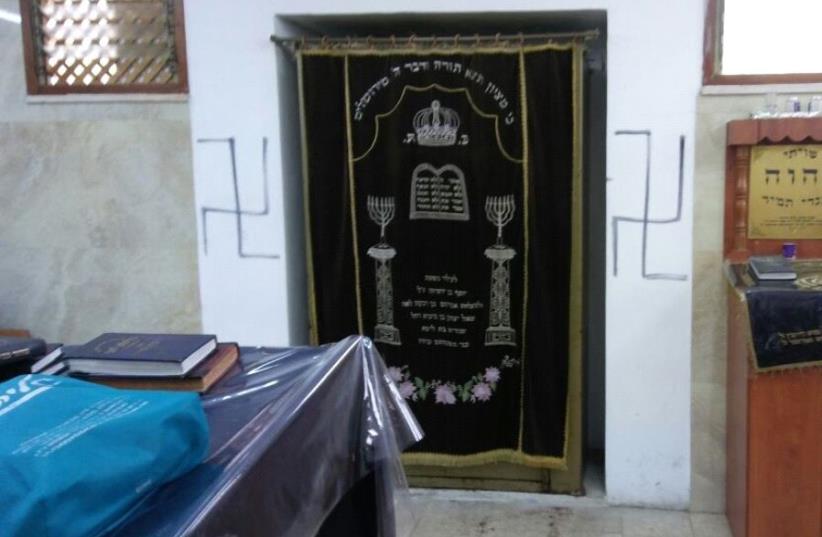 Swastikas painted on walls of Jerusalem synagogue.
(photo credit: POLICE SPOKESPERSON'S UNIT)
Advertisement
A Jerusalem synagogue situated in the central neighborhood of Nachlaot was the target of a hate crime on Wednesday morning, local police reported. Police were alerted to the scene, and upon arriving at the synagogue they discovered four swastikas spray-painted on the walls as well as three charred Torah books that the vandals had presumably tried to set ablaze. 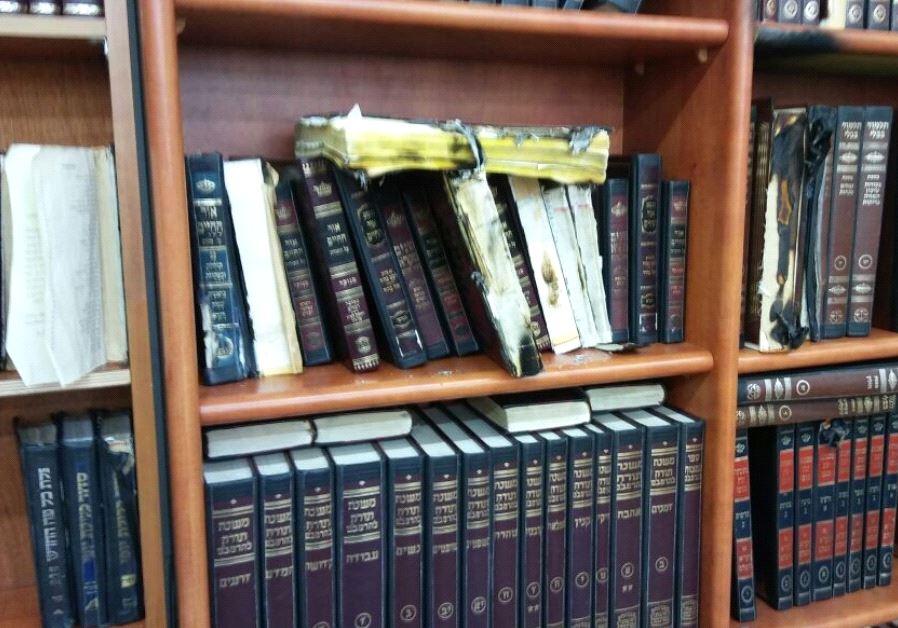 Following police searches in the Nachlaot area, the entrances to two residential apartments in the neighborhood were also found to have swastikas graffitied on them. Evidence was gathered at the scene and police have launched an investigation into the case in order to track down the perpetrators.Chief Rabbis David Lau and Yitzhak Yosef along with Religious Services Minister David Azoulai described the desecration of the synagogue as unacceptable and called on the security services to do everything to find the culprits. “It is unthinkable that worshipers come to a synagogue in the heart of the holy city and discover such a terrible sight,” said Lau, and called on other religious leaders to denounce the vandalism. This is not the first time Israel has been struck by such a hate crime. Similar incidents also plagued major Israeli cities such as Petah Tikva, that was the target of an act of vandalism this April. During the Passover holiday, residents of the city spotted Nazi-affiliated emblems not far from one of the city's biggest synagogue. Such acts of intimidation are rare in the country, and police customarily launches extensive investigations when they do occur.