Prime Minister Benjamin Netanyahu says “citizens of all religions” have complained to him countless times about noise from the muezzin. 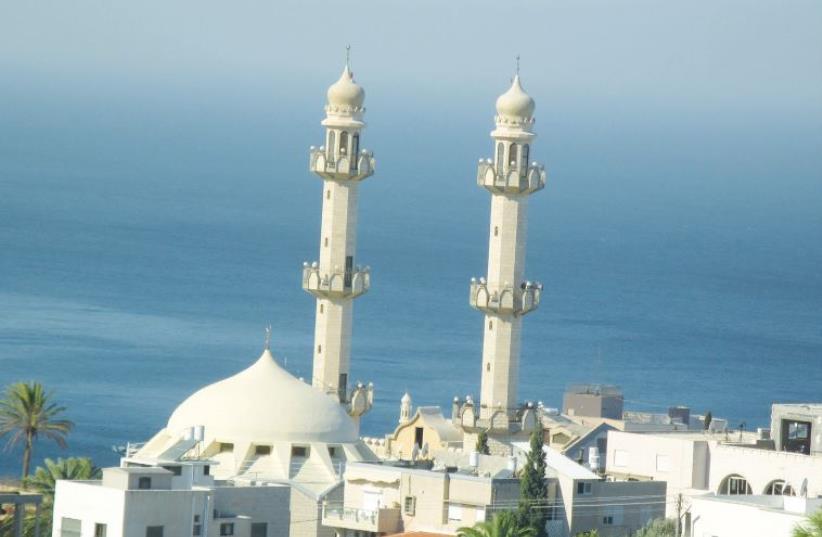 THE KABABIR MOSQUE in Haifa.
(photo credit: Wikimedia Commons)
Advertisement
A proposal to ban religious institutions from using outdoor loudspeakers, called the “muezzin bill” after the Muslim call to prayer, was authorized by the Ministerial Committee for Legislation on Sunday.Prime Minister Benjamin Netanyahu threw his support behind the bill earlier in the day, saying in a cabinet meeting that “citizens of all religions” have complained to him countless times about noise from the muezzin.“Israel is committed to freedom for all religions, but is also responsible for protecting its citizens from noise. That’s how it is in cities in Europe. I support similar legislation and enforcement in Israel,” Netanyahu said.MK Moti Yogev (Bayit Yehudi), who proposed the legislation, said that hundreds of thousands of Israelis from the Galilee to the Negev, Jerusalem to Tel Aviv, “suffer regularly and daily from noise caused by the muezzin’s calls from mosques.”“The bill comes from a view that freedom of religion should not harm quality of life,” he added.Yogev also said the muezzins use the loudspeakers to incite violence.Joint List chairman Ayman Odeh said the bill is racist and populist.“Its whole goal is to create an atmosphere of hatred and incitement towards the Arab public,” Odeh said. “There are already noise laws that apply to mosques and it is clear that the whole purpose of the bill is to label mosques as problematic.It is a clear harm to freedom of religion for Muslims and the continuation of the persecution led by the prime minister.”Similar bills have been proposed in the past, with Netanyahu’s endorsement.A report by the Knesset Research and Information Center found that several European countries limit the muezzin’s call to prayer, and in some cases the height of minarets, including the Netherlands, Germany, Switzerland – which completely prohibits both – France, the UK, Austria, Norway and Belgium, as does Cairo and some cities in Michigan and Saudi Arabia.