The fuels produced through Keasling’s technologies have already been used in both buses and airplanes, according to the Prime Minister’s Office. 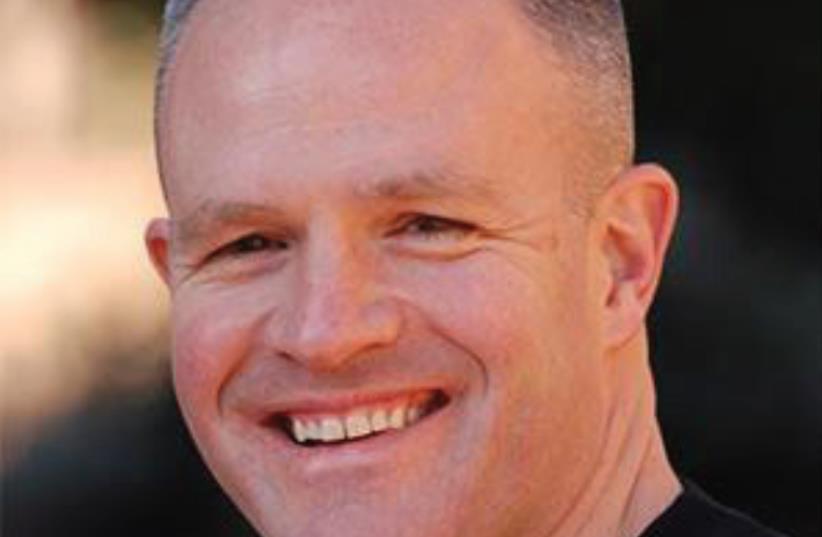 JAY KEASLING
(photo credit: BERKELEY)
Advertisement
For the third year in a row, Prime Minister Benjamin Netanyahu is awarding a $1 million prize to the world’s top innovators in the alternative transportation sector – this year to two American professors for their respective work on biofuels and rechargeable lithium-ion batteries.Prof. Jay Keasling, of the University of California – Berkeley’s College of Chemistry, and Prof. John Goodenough, of the University of Texas at Austin’s Department of Mechanical Engineering, are the 2015 winners of the Eric and Sheila Samson Prime Minister’s Prize for Innovation in Alternative Fuels for Transportation.Netanyahu announced the recipients’ names on Wednesday.The prizes will be awarded on November 10 at the Fuel Choices Summit in Tel Aviv.“This is the most important and largest prize in the world in its field, which reflects a real appreciation of the researchers for their efforts, and supports the advancement of technological breakthroughs in the sector of alternative fuels,” Netanyahu said.“We are investing in a multiyear effort to be freed from the global dependence on oil.”The prime minister established the contest in 2013 in conjunction with the government’s approval of a NIS 1.5 billion Fuel Choices Initiative program, which aims to revolutionize the alternative transportation field in Israel and abroad.The prize is jointly administered by the Prime Minister’s Office and the Science and Technology Ministry, in conjunction with Keren Hayesod-UIA.Keasling, the first winner, is the Hubbard Howe Jr. Distinguished Professor of Biochemical Engineering at Berkeley, the associate laboratory director for biosciences at the Lawrence Berkeley National Laboratory and the CEO and vice president of fuels synthesis at the US Department of Energy’s Joint BioEnergy Institute. The prize committee selected Keasling due to his genetic engineering research that has enabled organisms to transform cellulosic biomass to high quality fuels.“An important advantage of the technology developed by Prof. Keasling, is that it allows the use of these fuels, derived from a biological source, in existing infrastructure in the fueling industry for transportation,” a statement from the committee said.The fuels produced through Keasling’s technologies have already been used in both buses and airplanes, according to the Prime Minister’s Office.The second winner, Goodenough, serves as the Virginia H. Cockrell Chair in Engineering at the University of Texas at Austin, where he has taught since 1986. Describing him as a “pioneer in the research of rechargeable lithium-ion batteries,” the committee said that Goodenough’s inventions have provided the basis for a wide range of batteries used anywhere from electric vehicles to cellular phones.After receiving recommendations from the presidents of leading universities and research centers around the world, a board of trustees headed by Prof. Yizhak Apeloig, former president of the Technion, selected this year’s winners.“The basic scientific discoveries and the technological developments of the prize recipients are advancing humanity another step toward the moment when we can use alternative energy in transportation and other purposes, and toward the disconnection from the need to use fossil fuels, which are limited and running out fast,” Apeloig said.In addition to Apeloig, board of trustee members for the prize included Nobel Laureate Prof.Aaron Ciechanover, former National Economic Council chairman Prof. Eugene Kandel, Science and Technology Ministry chief scientist Prof. Nurit Yirmiya, Keren Hayesod chairman Eliezer Sandberg and a representative of the donor family.Last year’s award winners were Prof. Michael Grätzel of the Ecole Polytechnique de Lausanne in Switzerland and Prof. Thomas Meyer of the University of North Carolina – Chapel Hill for their breakthrough research in converting solar energy into electricity capable of powering transportation.In 2013, the prize went to University of Southern California Profs. George A. Olah and G.K. Surya Prakash, for their work on developing a methanol- based economy.