'No reason to think Tel Aviv gunman is still in the city,' Erdan says 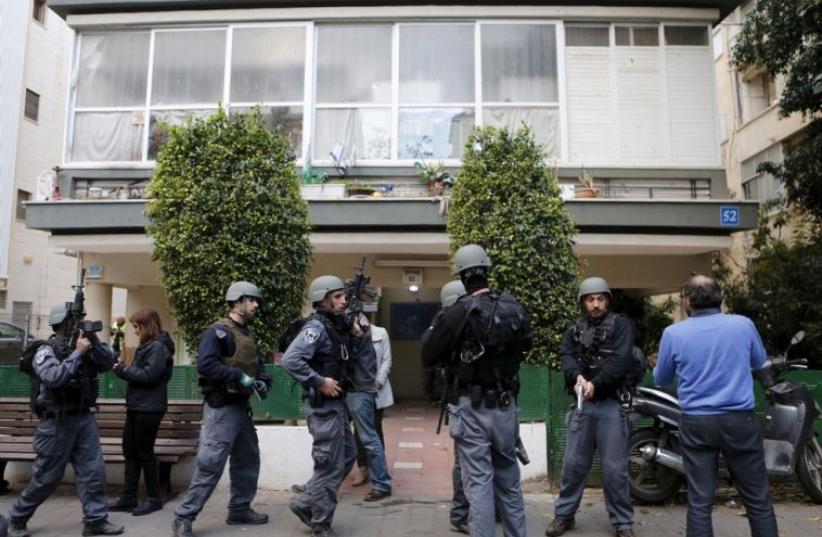 Israeli policemen search for suspects near the scene of a shooting incident in Tel Aviv
(photo credit: REUTERS)
Advertisement
Public Security Minister Gilad Erdan told Israel Radio on Monday that “there’s no reason to think that the gunman [from Friday’s attack on Dizengoff Street] is still in Tel Aviv and not in some other part of the country.”Erdan was speaking as security forces continued to search for the fugitive suspect throughout the Tel Aviv metropolitan area.Two people were killed Friday and seven others were wounded when the alleged gunman, Nashat Milhem, opened fire with a semiautomatic rifle on the crowded Dizengoff Street.The police’s inability to apprehend the gunman has residents of Tel Aviv jittery – so much so that around half of all students enrolled in public school in north Tel Aviv stayed home on Sunday.“I can understand the concern,” Erdan said, “but there is now unprecedented security in Tel Aviv and the public needs to go about its daily routine.”The minister rejected criticism of the new police commissioner, Roni Alsheich, whom some blame for failing to address reporters and calm the public.“This is ridiculous criticism made by despicable people, and I hope that they will not continue to serve in the police force.”Education Minister Naftali Bennett called on parents in Tel Aviv early Monday morning to send their children to school.In an interview with Army Radio, Bennett said that more children are killed annually in traffic accidents than in terror related incidents.“The highest level of terror is in Hebron and Gush Etzion, but also there they continue to live their lives,” he said.It has been three days since the gunman, named on Saturday as Nashat Milhem, killed two people on Friday in the shooting in central Tel Aviv and eluded police. Parents in Tel Aviv were reluctant to send their children to school as reports surfaced that the suspected perpetrator was hiding out in a neighborhood in a northern neighborhood in the city.The Tel Aviv municipality reported on Sunday that only some 50 percent of students attended school in North Tel Aviv.