The critically acclaimed fantasy show, entrenched with mystery, murder, treachery and war, makes its way to the Jewish state.

By JPOST.COM STAFF
APRIL 2, 2015 13:23
Former president Shimon Peres sits on a replica throne from the hit show 'Game of Thrones'
(photo credit: YES)
Advertisement
Former President Shimon Peres opened Thursday an exhibition displaying the set of the popular series "Game of Thrones" with British ambassador to Israel Matthew Gould and CEO of the yes satellite television provider Ron Alon.
As he sat on the Iron Throne, Israel's ninth president said: "Passover shows that we know what it means to be released from... the kingdom of foreigners in and out of slavery."
"Although the Game of Thrones there are swords and beheadings, in the real world leaders have a duty to look for any way to peace." 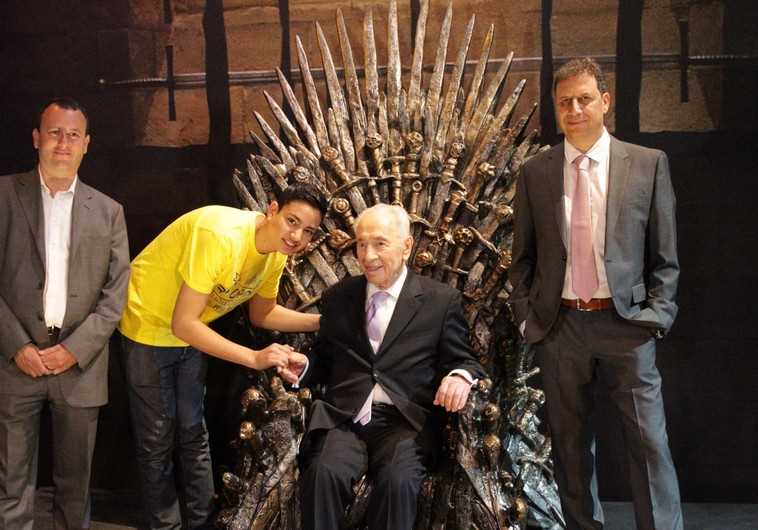