Analysis: Coalition friction will not bring down the government

Netanyahu faced an extremely antagonistic media in his first term as prime minister, and it is possible he never recovered from it. 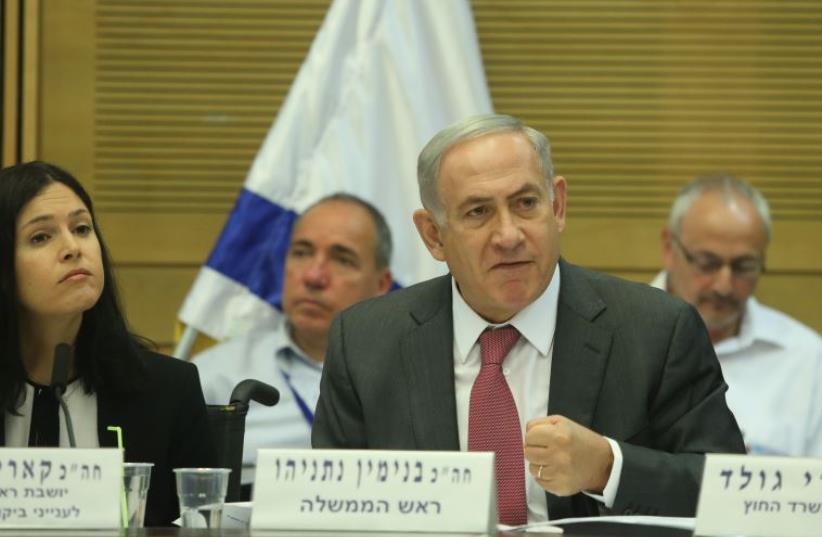 Prime Minister Benjamin Netanyahu at the Knesset State Control Committee, July 25, 2016‏
(photo credit: MARC ISRAEL SELLEM)
Advertisement
When soldiers come back from battle, they sometimes suffer from what has come to be called post-traumatic stress disorder.Some recover almost immediately.Some never do.Prime Minister Benjamin Netanyahu faced an extremely antagonistic media in his first term as prime minister, and it is possible he never recovered from it.Before he returned to office, he got his close confidant, American billionaire Sheldon Adelson, to start Israel Hayom, a newspaper distributed for free that has an unabashedly pro-Netanyahu bias on its news pages.It is no wonder many believe that a bill intended to harm Israel Hayom was the reason Netanyahu initiated the 2015 election. Those who believe that, would not be surprised if the political skirmishes taking place now over the role of the government and the media could also lead to an election.But there are major differences between then and now.First of all, Netanyahu likes his current coalition. He did not like his last one, which was crafted by a bond between Bayit Yehudi and Yesh Atid that was intended to keep out the ultra-Orthodox parties that Netanyahu likes having in his coalition.Secondly, that coalition was already in dire straits over countless other issues, while the current one is stable and was recently bolstered by the addition of Yisrael Beytenu.Finally, with all due respect to the Israel Broadcasting Corporation currently being created, Netanyahu does not care nearly as much about its fate as that of Israel Hayom.Coalition chairman David Bitan told The Jerusalem Post on Monday, when asked if the government was in trouble, that “It is alright for partners to disagree” and that “the coalition is functioning well despite the disagreements.”Bitan rejected the theory that the last government fell over Israel Hayom. He said it fell because its partners did not work well together.While Bitan threatened Bayit Yehudi that “when you pull a rope more and more, it eventually rips,” he said he expected the current conflict to die down.One reason for that is that the Knesset begins yet another lengthy recess Wednesday night. The parliament will not come back into session until the end of October – in a new Jewish calendar year, after Jews have fasted, built Succot, and taken them down.Finance Minister Moshe Kahlon told Army Radio on Monday that “this government needs a vacation immediately, before it is hospitalized.”A vacation it will get. Hospitalized it will not be. There will be no post-traumatic stress disorder.