In March this year, Chief Rabbi David Lau established a committee which he chairs for evaluating the kashrut supervision system and the different options available to improve it. 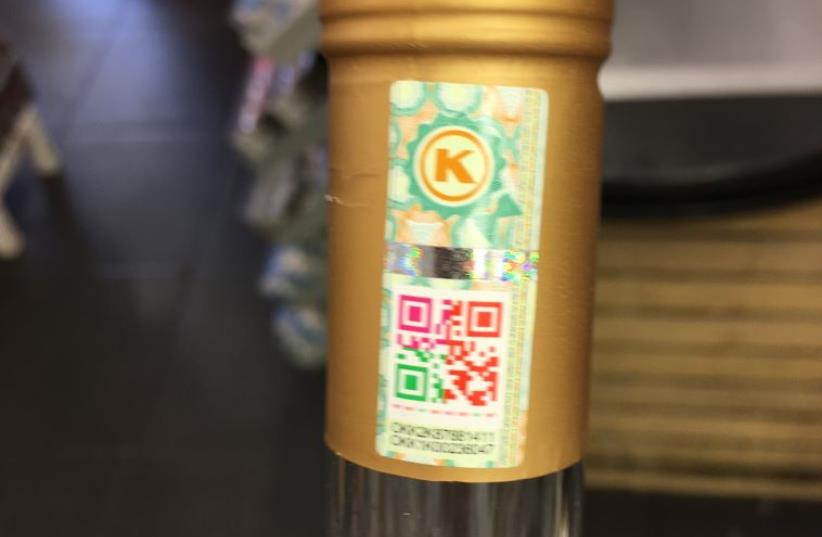 Kashrut hologram sticker on Trump Vodka bottle‏
(photo credit: Courtesy)
Advertisement
The Chief Rabbinate is considering measures to significantly reform the provision of kashrut, against a background of numerous scandals and allegations of corruption in the sector.In March, Chief Rabbi David Lau established a committee – which he chairs – to evaluate the kashrut supervision system and investigate options to improve it. The committee follows growing public backlash in recent years that witnessed the creation of an independent kashrut supervision network.It now appears that the committee has whittled options down to two possible models, Ynet reported on Sunday.The first would create a body under auspices of the Chief Rabbinate with almost all the responsibilities for kashrut supervision currently held by local rabbinates.That body would directly employ kashrut supervisors and dispatch them to restaurants and food businesses.Under the current system, business owners pay kashrut supervisors directly, a practice that has clear potential for conflicts of interest and there have been numerous reports of corrupt practices resulting from this arrangement.The second – and more revolutionary – possibility being considered, would do away with kashrut supervisors in favor of what have been called “ne’emanei kashrut” or kashrut trustees.Kashrut trustees would be full-time employees of individual businesses, performing in the same capacity as any other employee. They would need to be religious and would be responsible for maintaining kashrut standards at the business in question.Kashrut inspectors would be employed by the local rabbinate, or by a central body under the Chief Rabbinate, to provide oversight and inspection of kashrut trustees to ensure they perform competently and reliably.A small number of kashrut supervisors would provide supervision for very small businesses which employ only one or two people, while large businesses would employ several kashrut trustees.The committee believes that the trustee system could significantly lower the cost of kashrut supervision and might reduce in food costs for consumers across the board.Sources within the Chief Rabbinate, however, say the trustee proposal has already begun to generate opposition from kashrut supervisors.The Shas Party, for example, has a well-established system of patronage by which it has given political appointments and employment in local rabbinates and in kashrut supervision, to those who are close to the party.The trustee system would threaten that patronage and could draw opposition from Shas and its chairman, Interior Minister Arye Deri.“We might have to enter into a fight with Shas if this is the option that is selected by the Council of the Chief Rabbinate,” said a source in the Chief Rabbinate.A decision by the council could be made in a matter of weeks, which would then go to a vote in the Council of the Chief Rabbinate.