‘Annexing Ma’aleh Adumim is the next step’ for Israel 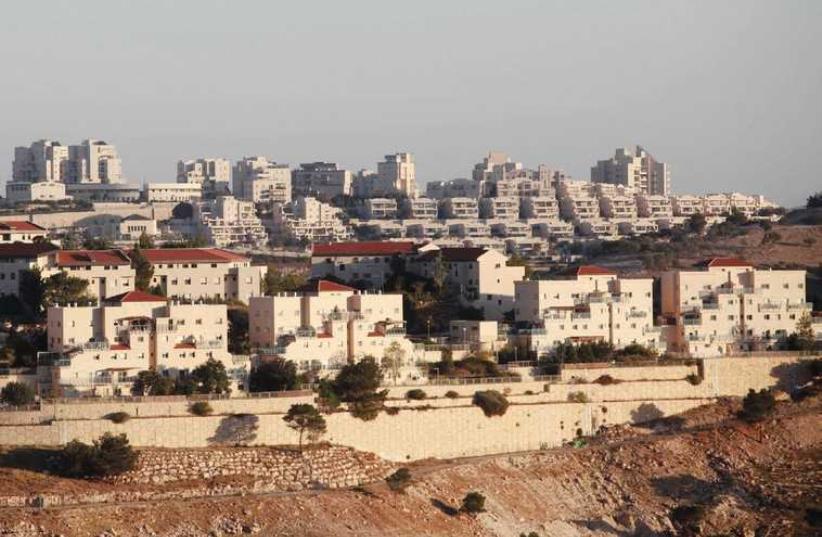 Ma’aleh Adumim.
(photo credit: MARC ISRAEL SELLEM)
Advertisement
Annexing the West Bank settlement of Ma’aleh Adumim is the next step after the settlement bill becomes law, right wing politicians told the Knesset on Wednesday.“The next step is to impose sovereignty on Ma’aleh Adumim,” Education Minister Naftali Bennett said, just before the Knesset approved the first reading of the settlement bill 58-51.That bill retroactively legalizes 4,000 settler homes built on private Palestinian property. But it also marks a rare moment in which the Knesset is attempting to legislate a non-personal law for Area C of the West Bank, which is under Israeli military control and over which the Knesset is not considered a sovereign body.The full application of Israeli law onto a territorial area, is considered to be tantamount to annexation.Bennett has long considered that Israel should annex not just Ma’aleh Adumim, but also Area C of the West Bank, where all the Israeli settlements are located.On Wednesday, he bluntly told the Knesset, that the settlement bill was the “starter bill” for that plan.“A nation cannot be an occupier in its own land. On this historic day, we’re legislating this (principle),” said Bennett.He focused in his remarks on a phrase that referred to the settlers as “residents of the area.”Bennett added, “For the first time sovereign Israel states that the half a million Israeli residents living in Judea and Samaria are not guests, they are not occupiers. For the first time, the legislature recognize the [people] living in Judea and Samaria as residents.".MK Yoav Kisch (Likud), who co-chairs the Knesset’s Land of Israel Caucus, told the plenum, “we plan to lead a sovereignty campaign that begins with Ma’aleh Adumim.”The situation in which Ma’aleh Adumim is not within sovereign Israel can't be allowed to continue, he said.Located just outside of Jerusalem, Ma’aleh Adumim has a population of 38,000 and is the third largest Jewish city in Judea and Samaria.Israel considers that Ma’aleh Adumim will be included in the permanent borders of its state in any final status agreement with the Palestinians. The Palestinians in contrast believe that the city must be part of its future state.The international community has condemned both the idea of annexation and the settlement bill, with the US, the UN and Germany all publishing statements against the legislation.On Thursday, the European Union also spoke out against the bill.“If it passes, this would be the first law adopted by the Knesset on the status of land in the West Bank, an occupied territory not under its jurisdiction. Senior members of the Israeli government have called this a step towards annexation of the West Bank,” the EU spokesperson said.“Recalling that settlements are illegal under international law, constitute an obstacle to peace and threaten to make the two-state solution impossible, the European Union reiterates its strong opposition, in line with the position of the Middle East Quartet, to Israel's settlement policy and all actions taken in this context,” the spokesperson added.