Foreign Ministry spokesman Emmanuel Nachshon responds to move by saying that “a volcano of hate exploded in the building of the Reykjavik municipality.” 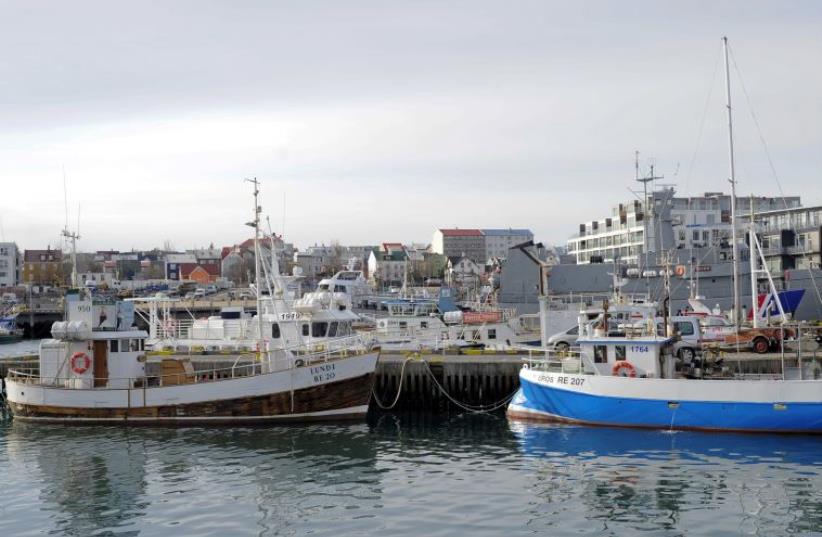 Fishermen's boats are seen docked at the Reykjavik harbour in Iceland March 24, 2015.
(photo credit: REUTERS)
Advertisement
Iceland’s capital Reykjavík passed a resolution Tuesday stating the municipality will boycott all products made in Israel, a move blasted in Israel as a “volcano of hate.”Iceland Magazine reported on its web site that the measure was put forward by Björk Vilhelmsdóttir, a councilwoman with the Social Democratic Alliance, who is retiring from politics.According to the report, the motion states that the city of Reykjavík will boycott Israeli goods “as long as the occupation of Palestinian territories continues.”Among the cities that Reykjavík has a “twin cities” agreement with are Moscow and Caracas. Reykjavík is a popular tourist attraction, and home to some 122,000 people.The measure makes no distinction between products made inside pre-1967 Israel or beyond the Green Line.Foreign Ministry spokesman Emmanuel Nahshon responded to the move by saying that “a volcano of hate exploded in the building of the Reykjavík municipality.”Without any “reason or justification, except for pure hatred, calls were heard to boycott the State of Israel. We hope that someone in Iceland will wake up and put an end to this blindness and one-sidedness that is demonstrated toward Israel, the only democracy in the Middle East.”The wife of Iceland’s President Ólafur Ragnar Grimsson, Dorrit Moussaieff, is Israeli.She was born in Jerusalem, and lived there until 13, when she moved to Britain. She married Grimsson in 2003.Iceland Magazine reported that the municipality’s decision has “caused some controversy,” with a local attorney named Einar Gautur Steingrímsson claiming the move violates the Icelandic constitution.One of Jerusalem’s arguments about EU moves to label settlement products is that it is a slippery slope that will lead to the banning of all Israeli products.