‘We’ve got to change the norms’ 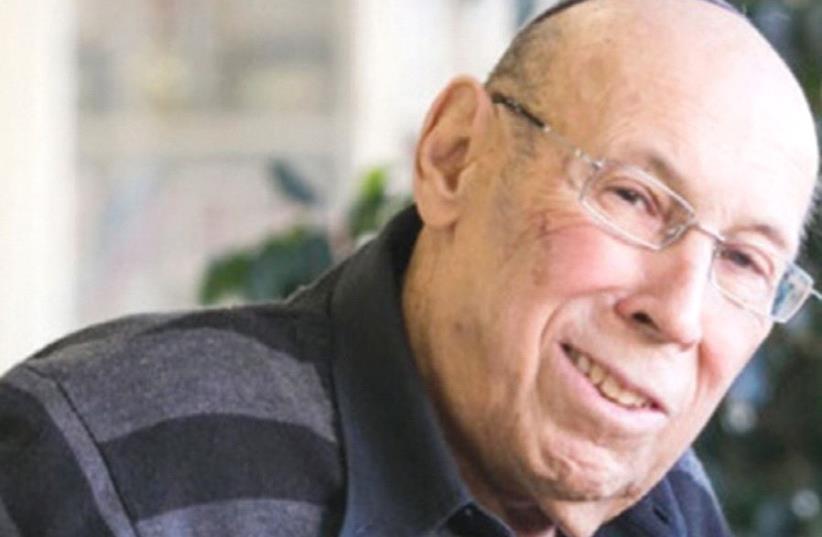 ELIEZER JAFFE, founder and president of the Israel Free Loan Association, wants to help first-time home buyers with their down payments
(photo credit: Courtesy)
Advertisement
After providing NIS 1 billion of interest-free loans to Israelis in need, 83-year-old Eliezer Jaffe is now determined to help young couples do the impossible – finance the down payments for their first home purchases.“What was once something that was really tragic has become a norm and I can’t accept that as a norm,” Jaffe, founder and president of the Israel Free Loan Association, told The Jerusalem Post on Tuesday.“Home is everything, home is where you get educated, where you go to school.”Since opening its doors in 1990, the IFLA has raised about $50 million in donations to provide interest- free loans to individual Israelis and small businesses. With these funds constantly being recycled from recipient to recipient and a default rate of less than 1%, the organization reached the landmark of providing $1b. of loans without charging any interest.“We’re really happy about having reached this milestone,” said Jaffe, who is also a professor of social work. “A billion shekels is really good for us. Now, what we’d like to do is double it.”The largest Jewish interest-free loan provider in the world, the IFLA grew out of Jaffe’s initial vision to enable Ethiopian and Russian immigrants to get their feet off the ground when they first arrived at absorption centers. An immigrant himself – who came to Israel from Cleveland in the 1960s and helped established the Hebrew University’s School of Social Work – Jaffe recognized the financial struggle people often face when starting over.“The Russian and the Ethiopian immigrants in 1990 – that was the trigger,” he said. “We decided to give them money, let them use it to buy what they need when they need it. All they had to do was return it to us so somebody else could use it.”The IFLA takes just a small fee of about NIS 100 from loan applicants when they open up a file and uses about 2% of donations for the organization’s overhead costs, Jaffe explained. For Jaffe, providing loans with zero interest and only a nominal application fee was worth the risk and simply a matter of trust.“It was a risk we took,” he said.“We thought that people who are low income are as reliable and honest as anybody else. There’s no reason to label them as irresponsible.”“They’re working people, hard-working people, usually both the husband and the wife, and they want to keep their heads above water,” Jaffe added.Although the IFLA may have begun by providing loans predominantly to Ethiopian and Russian immigrants, the recipient pool has since expanded to the wider Israeli population. The association provides individual loans of up to NIS 30,000 and small business loans of up to NIS 90,000, Kaley Zeitouni, director of development at the IFLA, told the Post.To qualify for loans, applicants must meet certain criteria, such as having a combined household income of NIS 3,000-NIS 20,000 per month, no record of bankruptcy and no writ of execution on their personal property. In addition, the applicants must have two guarantors, each making at least NIS 3,000 monthly and be employed at their current job for at least a year, she explained.“There is really no other organization in Israel that offers the amount we offer at completely interest free to the Israeli public,” Zeitouni said.Asked why young, working-class Israelis would still head to the banks for high-interest loans if an interest-free option is available, Zeitouni said she thinks that simply not enough people know about the IFLA.“The truth is that if all of Israel knew about us, we wouldn’t have enough money,” she said. “My goal is to always be fundraising and be two steps ahead so we always have enough money.”“We want to be loaning more, we want to be giving more and we want people to know that we’re here,” she added.One other problem faced by Israelis is the widespread mentality that they “don’t want to seem like a charity case,” according to Zeitouni.“There’s a Jewish premise that you’re not supposed to be charging interest when you’re giving a loan,” she said. “That’s part of the premise here. We feel that it’s a way to support people and help people remain stable before they end up in debt because of a loan from the bank.We also want to help people grow in their lives.”IFLA’s new initiative to help Israelis become first-time homeowners not only seeks to provide prospective buyers with loans for their down payments, but also aims to give them the education and mentorship they need to get through the entire process, Zeitouni explained.“Since 2007, housing prices have increased 120% and, today in Israel, you must put 25% down on a first home,” she said. “Many young couples do not have close to that in savings and instead have to manage with increasing rent prices. IFLA has always wanted to help provide a solution to this situation, but because of the larger loan required and increased risk we were unable to.”Now able to provide that solution, IFLA has put together a comprehensive program to guide young Israelis through the homeownership process. Experts from IFLA will evaluated their clients’ ability to afford a mortgage, taking into account factors such as income and a family’s plan to grow, Zeitouni explained.“If at the end of the process it is clear that becoming home owners is the right step, we also provide guidance on how to access more assets for a down payment,” she said. “After clients explore all their resources, if they are still short on the down payment then IFLA can assist.”As the IFLA begins to help young couples in Israel purchase their dream homes, Jaffe expressed hope that his organization one day will one accrue enough funds to not only provide them with loans for down payments, but for mortgages, as well.“We can’t accept things that are bad for people as norms anymore,” he said. “We’ve got to change the norms.”