'The main message is working on the values of Zionism, democracy, and Judaism.' 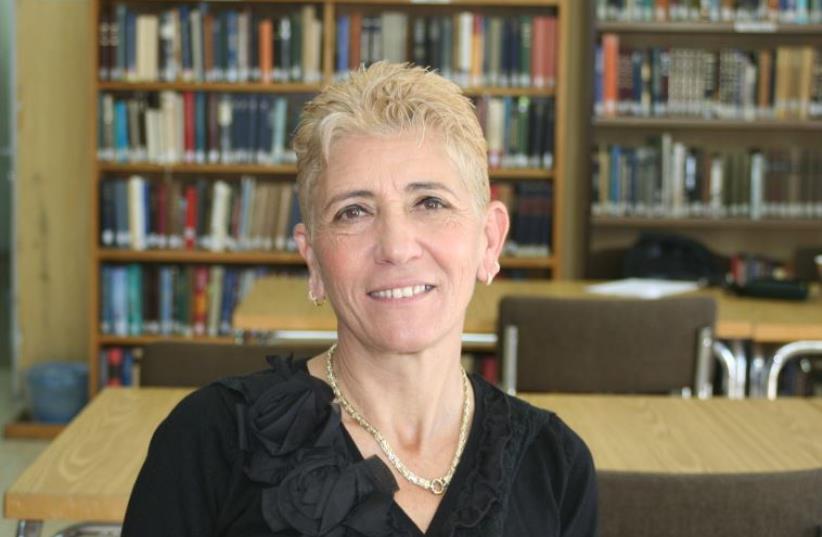 Yaffa Oknin
(photo credit: HAYAH GOLDLIST-EICHLER)
Advertisement
Yaffa Oknin, principal of the TALI Oranim school in Yokne’am, received the Genger Prize for Excelence in TALI Education at a ceremony in Jerusalem on Wednesday evening.The TALI school system, a Hebrew acronym for “enriched Jewish studies,” is a network of schools under the auspices of the Schechter Institute that provides pluralistic Jewish studies programs in 260 public schools and preschools throughout Israel, comprising over 10 percent of all secular public schools in the country.Oknin has been the principal at the Oranim school for 16 years. In a conversation with The Jerusalem Post on Wednesday, she said that what makes the TALI system special is that “the main message is working on the values of Zionism, democracy, and Judaism.”She said the school network works on “strengthening the feeling of belonging that students feel toward their school, their community, and from there also their country.”Yokne’am is a “Total TALI” town, with all of its state secular schools run by the TALI system.Oknin says that beyond the strong Jewish values that TALI teaches, there is support in the network for a lot of pluralistic programs, which makes it an attractive school system.The Oranim school participates in TALI’s Dialogue and Identity Program, which brings together Jewish TALI and Arab students and teachers for discussions. The program started in the North and now has 18 participating schools across the country.Oknin has participated in two TALI programs: the TALI Educational Leadership Program, a weekly meeting at the Schechter Institute in Jerusalem where educators learn to bring the world of Jewish sources into the classroom and the school community, and Neshama Yetera (Extra Soul), a program dealing with spirituality in education.“I was exposed to a wide variety of knowledge,” she says of the program, adding that the close relationship with the lecturers and the atmosphere at the institute contributed greatly to the programs. “The exposure to other schools, to other principals, to other programs – it enriches my pedagogical basket,” she said.“I’m very happy to receive the prize. It’s the outcome of a lot of teamwork and a belief that we should instill these values, the values of TALI, in schools, because they are humanitarian values that educate children to be better people, to be better Israelis, and I’m happy there is recognition in the form of a prize for the teamwork at the school.”