'Syrian missile intercepted by Israel on Friday had 200 kg warhead' 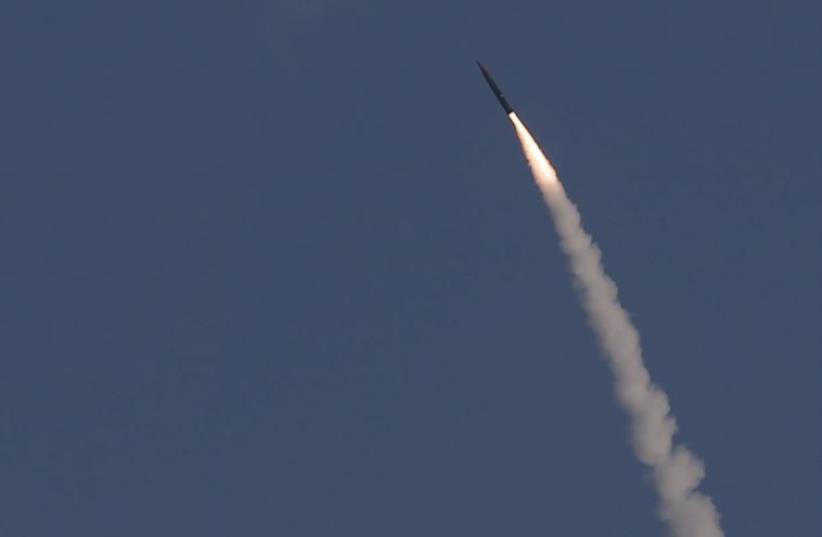 An "Arrow 3" ballistic missile interceptor is seen during its test launch near Ashdod
(photo credit: REUTERS)
Advertisement
The ballistic missile fired by Syria last week posed a direct threat to Israel and its citizens, Brig.-Gen. Zvika Haimovich, commander of the IAF’s Air Defense Division, said on Monday.“Last week on Friday morning the Air Defense Command understood that Israel faced a ballistic- missile threat,” he said. “In this situation there is no room or time for question marks or dilemmas. Our operational rules are very clear in this regard: to neutralize any threat that poses a risk to Israel and her citizens. And that is what we did, and that is what we will do in the future.”The missile was launched at Israel during an IAF operation to strike a Hezbollah arms convoy in Syria. Syrian air-defense systems fired three surface-to-air missiles at IAF jets.The army made the rare confirmation that one missile was intercepted by Israel’s Arrow missile-defense system, with fragments of the SAM landing in Jordan.It was the most serious incident between the two countries since the Syrian civil war erupted six years ago.Haimovich told reporters the reason the Syrian missile was intercepted specifically by the Arrow was that it was the best available option at the time of the incident.“Our job is to protect Israel,” he said. “The Syrian missile had a 200-kg. warhead that threatened the security of the State of Israel and its citizens. Our job is to neutralize the threat, and we did.”“It’s a privilege to have other options,” Haimovich added, stressing that while Israel’s air-defense systems are able to protect the majority of the country, “it’s impossible to protect everything at all times.”
The Arrow 3
While not all fronts can be protected simultaneously, Air Defense Command soldiers work “24 hours a day, seven days a week to protect Israel’s citizens,” he said.Haimovich said the barrage of rockets recently fired into Israel from the Sinai Peninsula “were fired without any warning or prior intelligence, and our soldiers have only moments to neutralize the threats.”Despite the past year being one of the “quietest in years, even with what is happening in the region,” the IDF continues to monitor its enemies and has witnessed a significant increase in military exercises by Hamas, he said.“We are seeing both state and non-state actors using everything in their arsenal against Israel,” Haimovich said, emphasizing that while the enemies might be growing stronger, Israel’s Air Defense Command will always strive to be one step ahead.