A whole new Jew: The antisemite who turned out to be one of the Jews he despised

Csanád Szegedi was a far-right politician, who trivialized the Holocaust and blamed Jews for the wrongs of the world – before finding out that he was one himself. 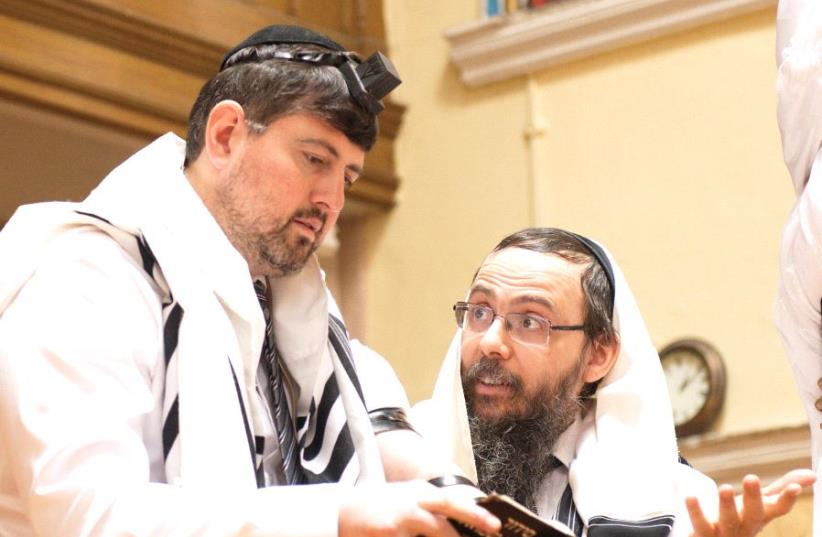 Former far-right politician Csanád Szegedi at prayer with Rabbi Baruch Oberlander, head of Chabad’s mission in Budapest
(photo credit: COURTESY / AJH FILMS)
Advertisement
WHAT IF, Csanád Szegedi wants to know, pondering the subtleties of halacha, a Jewish man gets circumcised only as an adult and, being under anesthesia during the procedure, can’t recite the requisite blessing? Is his circumcision still halachically valid? And what if, he inquires next, exhibiting restless curiosity, the surgeon isn’t Jewish? Oh, and can an uncircumcised Jew be called up to the Torah in shul? Szegedi, 34, a former Member of the European Parliament for Hungary’s far-right Jobbik party, is sitting in the study of Rabbi Baruch Oberlander, a Lubavitcher Hasid who is head of the ultra-Orthodox Chabad movement’s Jewish outreach mission in Budapest. The two are flanked by towering bookshelves packed wall to wall, in a spacious, parquet-floored apartment boasting fifteen-feet high ceilings, with countless leatherbound tomes of rabbinical exegesis and Talmudic scholarship. Hasidic sages of yore gaze solemnly at them from sepia portraits on the wall. Behind them, a large window opens onto Budapest’s famed Dohány Street Synagogue, which looms just a few meters away next door.