Reconciliation with Turkey contains positive elements and advantages for Israel, but the era of close, even intimate, military and intelligence cooperation between the countries is over. 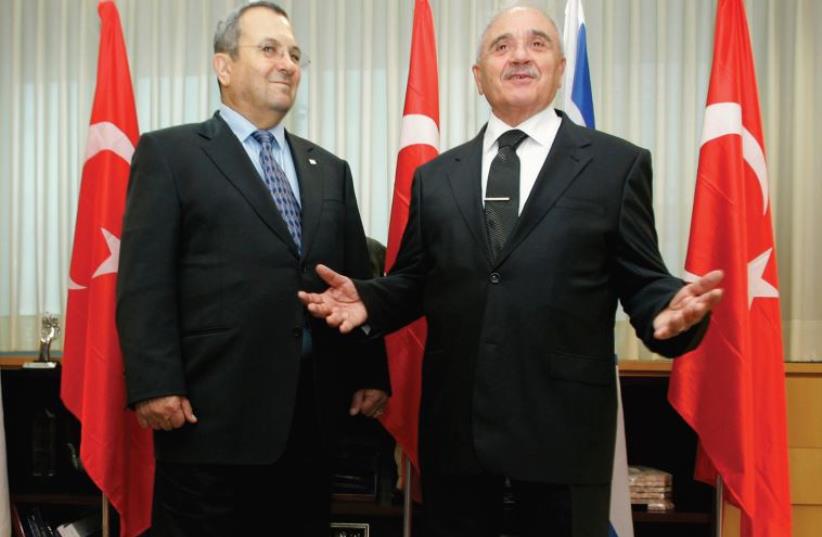 Turkey’s Defense Minister Vecdi Gonul stands with Israeli counterpart Ehud Barak before a meeting in Tel Aviv in 2008, when defense ties between the countries were still strong
(photo credit: REUTERS)
Advertisement
WEEKS BEFORE Israel and Turkey finally signed a normalization agreement on June 27, representatives of Israeli security and hi-tech companies quietly visited Istanbul and Ankara in search of renewed and new contacts and contracts. The special security and intelligence ties between the two countries began in the second half of the 1950s. Encouraged by the US and UK, the intelligence communities of Israel (Mossad), Iran (Savak) and Turkey (MIT) established a tri-party consultative body code-named in Hebrew “Kalil” (Complete), also known as “Trident.” The intelligence chiefs of the three services met annually and exchanged information on common enemies – Egypt, Syria and Iraq. After Israel and Iran broke off ties, relations with Turkey continued, and reached their peaks in the 1980s and '90s, and the first decade of the 21st century.Turkey became an important market worth of billions of dollars for Israeli military and security goods as Israeli security corporations sold drones, intelligence equipment and upgraded fighter plans and tanks for the Turkish army.