Close coordination of US and Israeli police causes dismay to the American activist group. 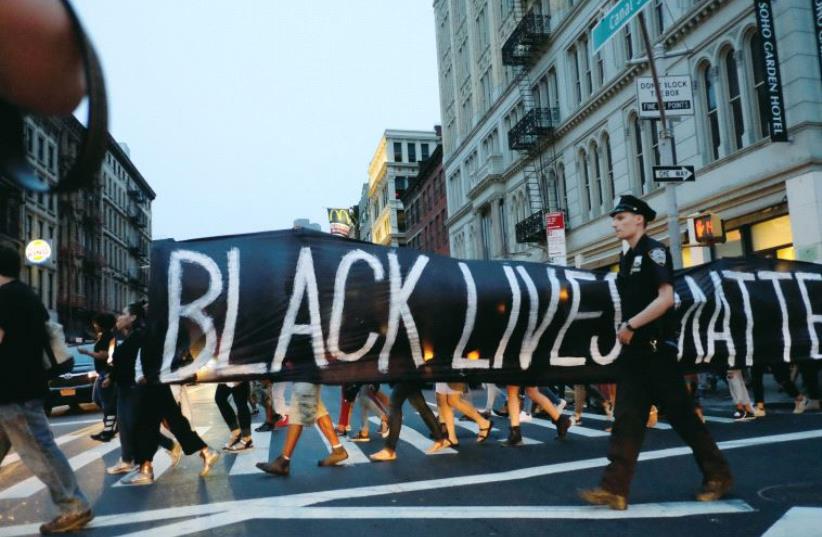 People take part in a protest against police brutality and in support of Black Lives Matter during a march in New York
(photo credit: REUTERS)
Advertisement
A delegation of police officers from all over the US visited Israel last month to learn how to fight terrorism.One of its stars was Orlando Police Chief John Mina. In June Mina made headlines following the terrorist attack in Orlando in which 49 people were killed and dozens were injured when Omar Mateen opened fire on a lesbian, gay, bisexual and transgender nightclub. While he was walking down the alleyways in Jerusalem’s Old City, Mina looked like a typical tourist. Maybe that’s why he was so shocked when I asked him: “Have you heard the claim espoused by the American black community that US police officers are using knowledge they gained in Israel to kill black people?” He burst out laughing. “If you weren’t a journalist, I’d for sure think someone was trying to pull one over on me.

“We’re not here to learn how to kill black people. We’re learning how to fight against terrorism. How to evacuate people at the scene of an attack. It only takes Israelis a couple of hours to clear an attack scene, whereas we need a few days. We’re studying investigation methods, because we have such a different way of working. Our officers carry their weapons in a very different way from the Israeli police. In the US, police are much more discreet. While Israeli police officers ride their motorcycles with their weapons at the ready, this is not acceptable procedure in the US. We are certainly not learning how to kill black people,” he said.Mina was asked this question since the Israeli-Palestinian conflict has leaked into the struggle between the American black community and the US police force. A few groups that are coordinating activity have strong ties with Palestinian organizations.In parallel, the US police force is strengthening its cooperation with the Israel Police. 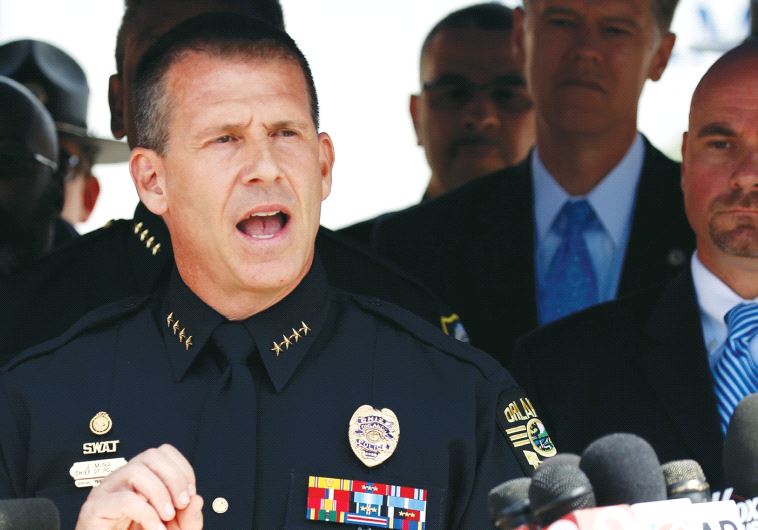 John Mina, Orlando police chief, speaks at a press conference about the Pulse night club shootings in Orlando, Florida, on June 20 (photo credit: REUTERS)
THE ORGANIZATION Black Lives Matter (BLM) was founded three years ago by female black activists following the acquittal of George Zimmerman, a volunteer civil guard, of the killing of the 17-year-old Trayvon Martin. Black Lives Matter holds protests each time a black person is killed by policemen so as to keep the issue active in the American public consciousness. Opponents argue that the organization prevents the police from doing their work and as a result has actually led to an increase of crime and therefore endangers its own citizens.At first, Jewish organizations expressed support for BLM, but recently their enthusiasm has diminished since BLM has forged closer relations with pro-Palestinian groups. A BLM delegation even visited the Palestinian village of Bil’in recently, and has made public accusations that Israel is an occupying power and an apartheid state.Students for Justice in Palestine (SJP) is an organization based in New York that campaigns on American college campuses for BDS against corporations that deal with Israel. On its Facebook page, SJP wrote that many local American police squads train in Israel. “The same forces that are behind the genocide of blacks in America stand behind the genocide of Palestinians.” Two days later, a clarification was posted: “Israel did not kill blacks. It is aiding the NYPD and other US police departments in the oppression and killing of black people.”BLM claims that the joint work between the two police forces negatively affects the African-American community.The organization claims that American police officers are learning from the Israelis how to kill black Americans.BLM calls on the public to sign a petition calling for Israel to stop training American police officers. “When our forces are trained by brutal people, they then act brutally when really they’re dealing with law-abiding citizens,” the petition reads.The drafters of the petition came up with fewer than 100,000 signatures, but Israeli-US police cooperation has become an issue on the US government’s agenda. Marc Lamont Hill, a CNN political commentator, has compared the US police policies with the Israeli-Palestinian conflict. BLM demanded that Atlanta Mayor Kasim Reed terminate the city’s relationship with Israel Police.In a public news conference, Reed announced that the cooperation would continue. “The Israel Police has one of the best counterterrorism departments in the world,” Reed said. “And it is contributing greatly to our police department.” 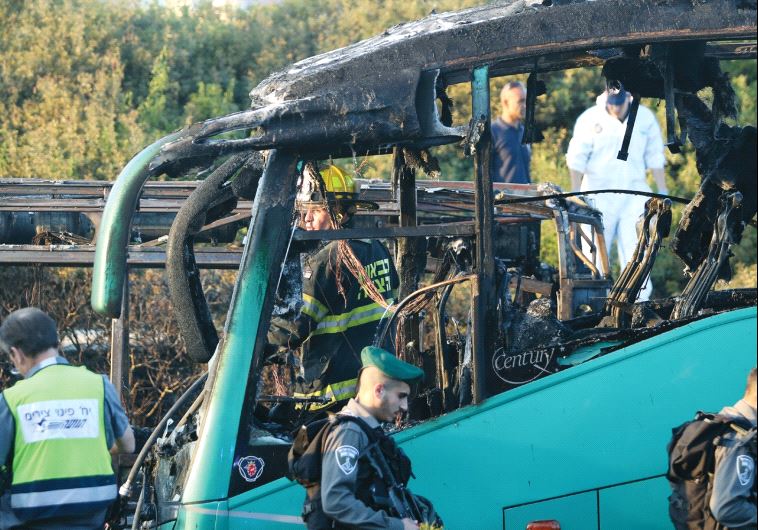