‘The world has not learned the lessons of the Holocaust’

In an exclusive interview with ‘Metro,’ Tel Aviv Chief Rabbi Yisrael Meir Lau reflects on the state of Zionism and Jew-hatred, and demonstrates how today’s world is failing to learn from the Shoah. 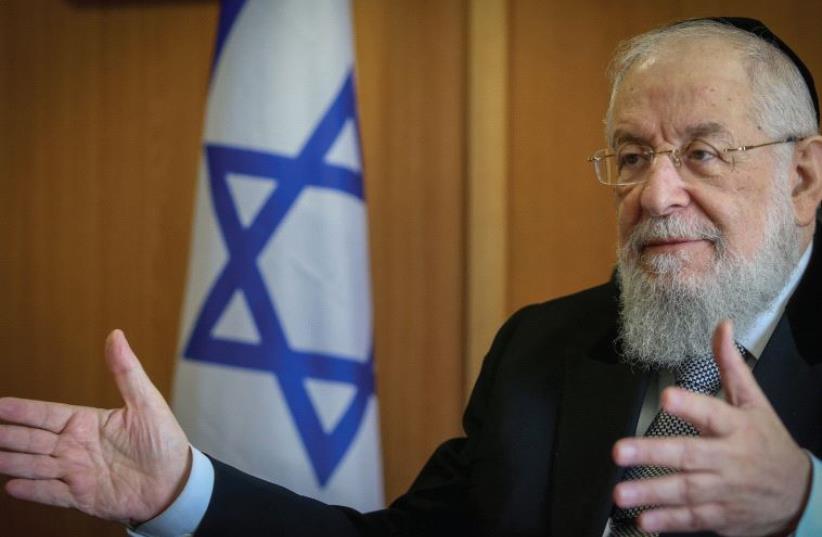 Tel Aviv Chief Rabbi Yisrael Meir Lau
(photo credit: MARC ISRAEL SELLEM)
Advertisement
Rabbi Yisrael Meir Lau is one of the more prominent consensus figures in Israel. A Holocaust survivor who lost nearly his entire family, the rabbi rose from the horrors of the Buchenwald death camp to become the chief rabbi of Israel and chairman of the Yad Vashem Council.The 38th generation of rabbis in his family, Rabbi Lau has been consulted by Israeli prime minsters and world leaders. He serves as a source of inspiration for many and has frequently been mentioned as a candidate for president.

As the new year begins, I visited him to get his views on where we are in the Jewish story.“The return to Zion is a dream come true. That dream started long before Theodor Herzl and the establishment of the Zionist movement,” Lau states. “There is not a single prophet who did not envision the return to Zion in his prophecy. Even on eve of destruction, Jeremiah prophesied: ‘And they shall come back from the land of the enemy.’” Lau, who, after serving as the nation’s chief rabbi, returned to his previous post of chief rabbi of Tel Aviv, discusses the prophecy of Ezekiel: “Already in exile, he responded to those who said ‘Our bones are dried up and our hope is lost.’ His prophecy was incorporated by Naftali Herz Imber, when he wrote in the 19th century what was to become Israel’s national anthem: Our hope is not yet lost!” 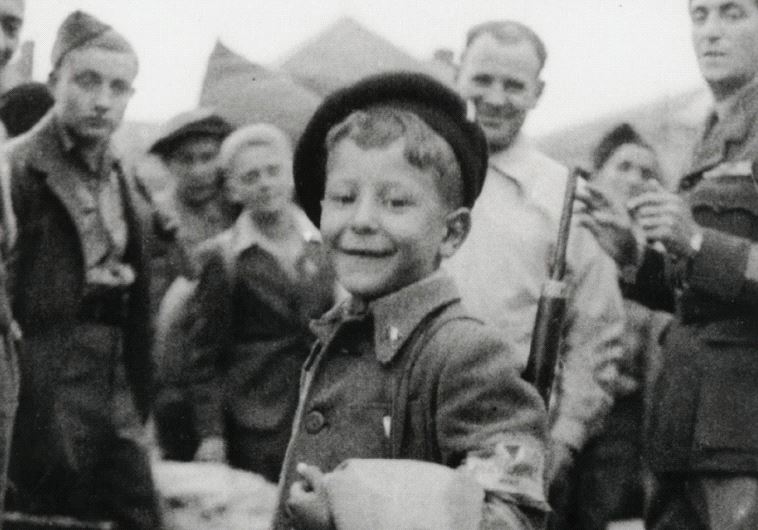 Liberated: The eight-year-old Lau, then known as ‘Lulek,’ leaves the Buchenwald concentration camp in 1945 (photo credit: Courtesy)
WHILE MANY prefer to point to international developments such as the Balfour Declaration and the League of Nations mandate, Lau does not hesitate to refer to an older source as the legal basis for Zionism.“Zionism started,” he says, “when Abraham purchased the Cave of the Patriarchs. It continued when Jacob purchased land in Shechem [Nablus], and then again when King David purchased land from the king of Jebus [the Temple Mount]. This is where the roots of Zionism lie.”I ask Lau if the return of the Jews to Israel represents a new phase of Judaism.“The current phase draws directly from that very first phase in the biblical era,” he replies.To illustrated such a connection, he recounts a conversation he had with David Ben-Gurion, Israel’s first prime minister. “It was on April 2, 1972,” he says. “I came to Ben-Gurion’s house on Keren Kayemeth Boulevard (today’s Ben-Gurion Boulevard [in Tel Aviv]) and had a long conversation. We spoke about Ben-Gurion’s testimony before the Peel Commission.”The commission was formed in 1936 by the British government to investigate the causes of riots in Palestine.During testimony, Lord Peel asked Ben-Gurion if he had a deed that showed the land belonged to him.Says Lau: “Ben-Gurion responded, ‘Yes, I have a deed. Lord Peel, you are a British Christian, you believe in the Bible.’ Ben-Gurion then dramatically lifted up the Bible and proudly said, ‘This is our deed.’” The successful return of the Jews to Zion reshaped the relationship with those Jews who chose to stay abroad. In today’s largest Diaspora, the United States, the majority of Jews are Reform or Conservative. I ask Lau for his views on the evolving relationship.“I am happy that the Reform Jews of the last generation have made teshuva [repented],” he says, and immediately clarifies: “Not as far as keeping Shabbat and following all the mitzvot, but about Zion and Jerusalem.”With the growing centrality of Israel in American Jewry’s narrative, the rabbi describes the long path it took the Reform Movement to get there.“For decades, Reform leaders erased images of Zion and Jerusalem. Over a hundred years ago, Abraham Geiger, one of the earlier leaders of the Reform movement, said: ‘Jerusalem is dead. Give it respect, as we give respect to a revered deceased who has a rich past but no longer has a future,’” he says.“Since then,” he continues, “we’ve come a long way.Reform and Conservative Jews are today an integral part of Zionism. They serve in various capacities in the World Zionist Organization, and significant parts of those communities have seen the need to unite around Zion. I welcome this partial return to Zion. I hope this is the swallow that announced the arrival of spring and that the rest of the Torah and Judaism will be opened to the eyes and hearts of our Reform and Conservative brothers.” 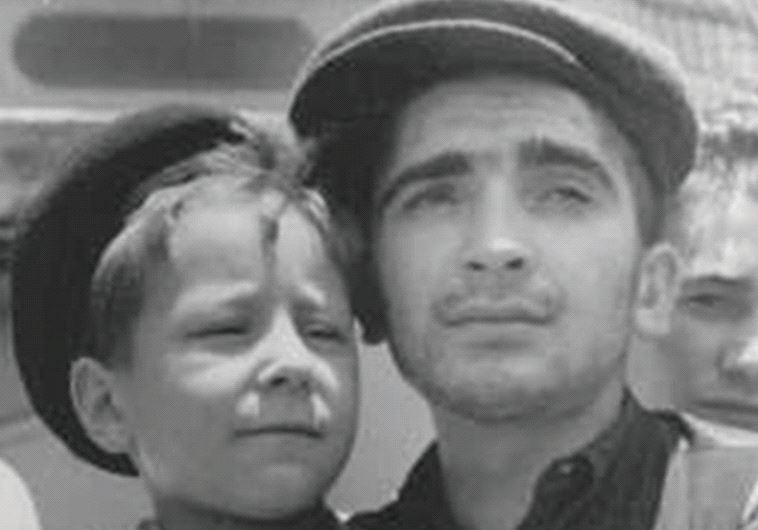 Sailing home: Lulek is held by a fellow Buchenwald survivor, Elazar Schiff, as they arrive in Haifa aboard the ‘RMS Mataroa’ on July 15, 1945 (photo credit: Courtesy)
THE FULFILLMENT of the Zionist vision and the establishment of the Jewish state came too late for Lau’s parents and most of his family, who perished in the Holocaust. I ask him if he believes the world has internalized the lessons.“I will refer,” he replies, “to what a cynic once said: ‘All that we learned form history is that we did not learn anything from it.’ If it is possible that on the stage of the United Nations a president of a country that is a member of the organization says explicitly, ‘We are going to destroy this nation; we will liquidate this Zionist entity’ and nobody rises to object, this means we have not learned much.”I ask the rabbi why, throughout the centuries, there are those who keep finding new excuses to resent the Jews. I also ask what is behind such Jew-hatred.“In Poland,” he explains, “when they persecuted Jews, both non-Jews and Jewish leaders said, ‘Well, this is because we are different than the nation in which we live. Our Yiddish is not Polish, our dress is not European... If we only spoke their language, looked like them and behaved like them, they would no longer hate us.”He then turns to Germany and its Jews.“They spoke the German language perfectly. They dressed like the Germans. They gave to Germany people like Albert Einstein and contributed to Germany across the board: art, medicine, science. Did they love us because we were like them?” he asks rhetorically.“They persecuted us in Germany even more than in Poland,” he continues. “It was not logical – here they persecuted us because we were too different; there, they persecuted us because we were too similar.Calls for the ouster of the Jews were universal throughout Europe. In metro stations across Europe, you would see signs: “Juden raus,” “Juifs à Palestine”...We were subtenants, this was not our home. Once we would be in our own home, the argument went, we would be respected.”But it didn’t quite work out that way.“We came back home [to Israel] in 1948,” he says.“And here, are we welcomed with open arms? In Europe, they persecuted us because we did not have a home; here, they persecute us because we do have a home. This shows you that antisemitism is a psychotic disease. It has no logic. It is impossible to define antisemitism in rational terms. That was true before the Holocaust, and it continues to be true after the Holocaust. It is madness.”I ask Lau about the extent to which such irrationality is reflected in today’s attitudes toward the Jewish state.“I see a clear distinction between the classic Israel- hatred and what we see now in the context of the Israeli-Palestinian conflict. Sometimes, people mix things up that they should not be mixing up. But there is a linkage,” he replies.“Look at the Scandinavian countries and all those in Europe consumed today with boycotting us,” he continues.“Our conflict is occupying their minds more than the half-million victims in Syria, whose own leader slaughters [them]. They do not boycott Syria. Same with other instances in which leaders massacred their own people. Are you looking for rationality in the approach to Israel? Are you looking for justice in the approach to Israel? You will not find it. It is irrational.” 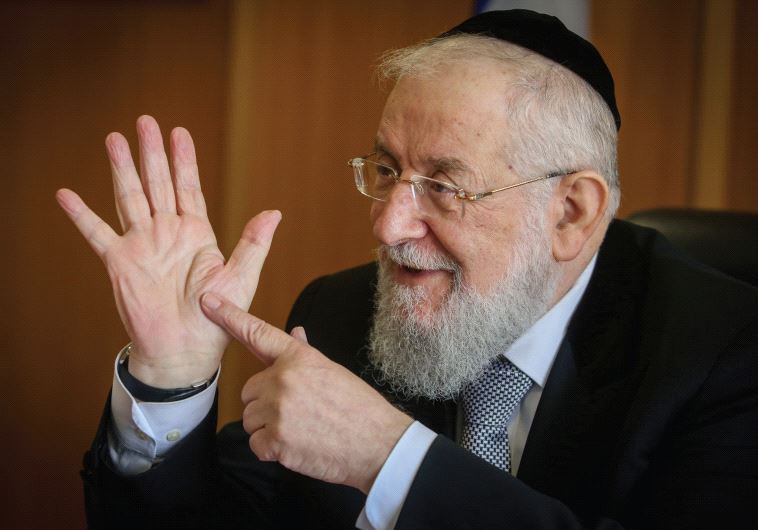 Yisrael Meir Lau.(photo credit: Marc Israel Sellem)
AS TO what can be done, Lau is realistic.“With such hatred against us,” he says, “you just need to be strong, have faith, not break down and not surrender.”As for those who attempt to control the narrative of the Holocaust by claiming that many besides Jews were victims of the Nazis, he has clear views.“That people today are trying to exonerate themselves might be indicative that Europe has some issues of conscience,” he states. “But this is not atonement.On Yom Kippur, we go to synagogue and beat our chest with our fist, listing the sins we have committed.We each punch our own chest, not the chest of the other person. For Europeans to say ‘It is not us who did ill, it is them’ is punching another person’s chest for your own sins.”Similarly, some are trying to portray episodes of European Jew-hatred throughout the centuries, including the Holocaust, as being the work of just a few.“We have an important division at Yad Vashem [that addresses the] Righteous Among the Nations, chaired by a retired Supreme Court justice,” he says.“The committee goes over documents and testimonials, sometimes for years, to identify those righteous individuals who helped Jews,” he goes on. “In Poland, there were tens of millions of residents; in Germany, tens of millions. More than one of them was saved by a Jewish doctor; more than one of them was educated by a Jewish teacher.How many, one would think, would be on the list of Righteous Among the Nations? A few million? One million? We have a total worldwide of 26,000 Righteous Among the Nations.”He reflects on this number.“This is the size of a small town in Poland,” he says.“‘Why did not you not hide Jews? Why did you not do more? Why?’ Because antisemitism was universal.”In pursuing his quest for the world to internalize the lessons of the Holocaust, Lau does not hesitate to speak uncomfortable truths.“Antisemitism was not just in Poland, not just in Germany,” he says. “Switzerland did not let Jews in. The British did not let Jews into Palestine. The United States did not let Jews into America.”He reflects on the St. Louis, a ship carrying Jewish refugees from Europe to the US that was denied entry.“The ship,” he points out, “was already in American ports, but the United States sent it back to Europe, and many of its passengers died. America legislated a special law during the Blitz allowing young British children to immigrate. I think this was a great move by America. But when it came to Jews, the gates to America were locked.”AND SO, from biblical roots through exile through the fulfillment of a prophecy and a dream, for the 68th time, the Jews of Israel will be celebrating a new year at home in their land. I ask Rabbi Lau what his message to the nation will be for Yom Kippur.“We are all in the same boat,” he says, invoking the story of a passenger who drilled a hole beneath his seat, not realizing he was endangering the entire ship.“When we speak ill against one another, against the state, against its institutions, against its leaders, we drill such holes,” he explains. “We have disagreements, which are legitimate and welcomed.  While uniformity is impossible, unity is essential.”He who hurts the other, hurts all of us, he says.“On Yom Kippur, we confess in the plural, and ask forgiveness for the sins we have committed in the plural,” he says. “Such unity must prevail.”