"Imagine what they could be learning instead," read the COGAT tweet. 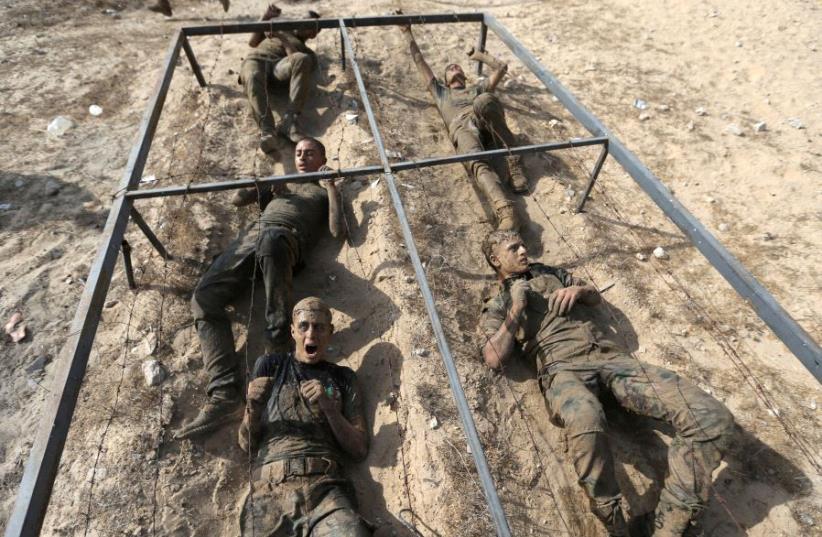 Young Palestinians crawl under an obstacle during a military-style exercise at a Hamas summer camp in Rafah in the southern Gaza Strip July 27, 2017.
(photo credit: REUTERS)
Advertisement
The Coordinator of Government Activities in the Territories released information regarding a Hamas-run summer camp for children that trains children "how to commit acts of terror against civilians while engraining them with hatred."While most versions of children's summer camps offer sports, swimming and other outdoor activities - Hamas has taken up it's own version of the summertime tradition that ."Imagine what they could be learning instead," read the COGAT tweet.

The Hamas terror organization began its annual operation of a summer program that teaches thousands of children in the #Gaza Strip how to carry out acts of terror against civilians while engraining them with hatred. Imagine what they could be learning instead. pic.twitter.com/UGTytc9VDD
— COGAT (@cogatonline) July 15, 2019 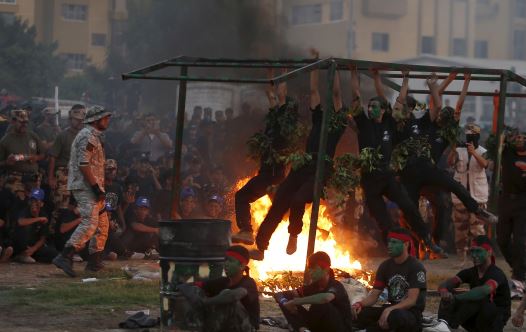 Hamas is not the only organization that creates programs for children that glorifies terrorism."This is how Fatah teaches its children loyalty to the Martyrs' blood," reads an introduction to a video about a summer camp in the West Bank released by the Palestinian Media Watch.The campers are marked with the logo of the PLO Supreme Council for Sport and Youth Affairs, and are members of the Bethlehem Branch of the Fatah Shabiba [Youth Movement] Committee. In addition to chanting about Saddam Hussein, according to PMW, they laud former PLO chairman Yasser Arafat who was behind attacks during the Intifada.They also praised Abu Jihad, who was one of Fatah's founders and was behind terror attacks against civilians during the Lebanon War. Abu Iyad also came up in the chant — he was Arafat's deputy and the organizer of the 1972 Munich Olympics attack that killed 11 Israeli athletes.According to PMW, a number of summer camps have been named after terrorists in the Palestinian territories.“The blatant misuse by Fatah and the PLO of its summer camps is yet another example of the extent that the Palestinian Authority goes to, to indoctrinate and abuse their own children," said Nan Jacques Zilberdik, a senior PMW analyst. "Instead of teaching Palestinian children the building blocks for life, these programs are preaching that violence and terror are legitimate – and that arch-terrorists, who are responsible for the murder of hundreds of Israeli civilians, are their ultimate role models."Jerusalem Post Staff contributed to this report.