Egypt's Mubarak: 'Deal of the century' will lead to an explosion

"Any solution imposed on the region based on the imbalance of power will not last." 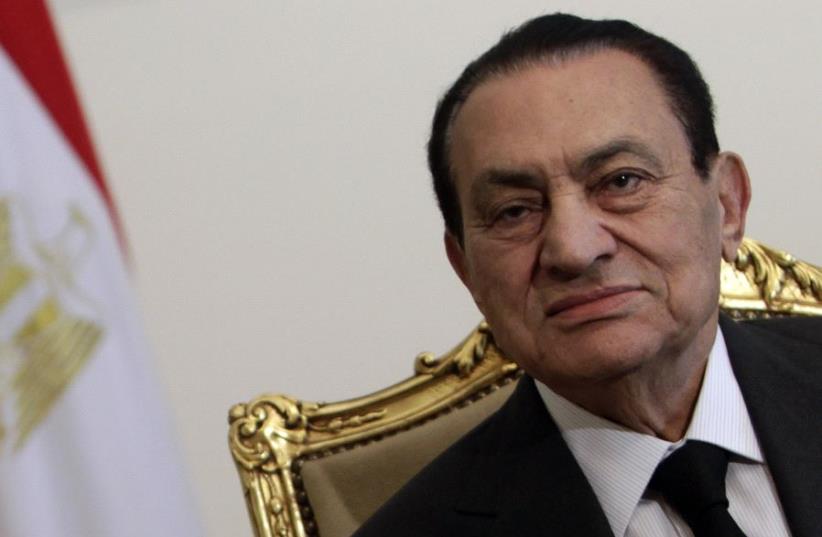 Former Egyptian president Hosni Mubarak seeing in this file photo from 2011
(photo credit: REUTERS)
Advertisement
Former Egyptian President Hosni Mubarak has warned against US President Donald Trump’s “Deal of the Century,” warning in an interview that it could lead to more instability and violence in the region.“I am an optimist by nature but my general view on this issue is not optimistic,” Mubarak said in an interview with the Kuwaiti daily Al-Anba. “Any solution that would be imposed on the region based on the imbalance of power will not last, and will remain a temporary solution that could explode at any moment.”While Mubarak said what he knows of the deal has come from media reports, the current situation builds on three main points of contention: the transfer of the US Embassy to Jerusalem, the recognition of Israel’s sovereignty over the Golan Heights, and the continued expansion of settlements in the West Bank.Those issues, he said, are the groundwork being laid by Israel and the United States towards other unilateral decisions to be taken without consultations with Palestinian officials.According to the former Egyptian strongman, Prime Minister Benjamin Netanyahu asked for his approval to give Gazans part of the northern Sinai Peninsula for a new Palestinian state in late 2010. Mubarak said he refused the proposal, and told Netanyahu that such an idea would cause a war to break out between Egypt and Israel. The two countries signed a peace treaty in 1979.“He wants to separate Gaza from the West Bank, and he was talking to me about this issue. He visited me in late 2010, and he asked if the Palestinians in Gaza were able to take over part of the Sinai. I told him, forget what you are doing,” he said.“Netanyahu, I know him very well. He also knows me, and knows my frankness with him. He does not want a two-state solution for the sake of peace,” he added.Senior White House adviser Jared Kushner revealed that the Trump administration is planning to publish “Deal of the Century’ following the end of the Muslim holy month of Ramadan and the Eid al-Fitr holiday which ends on June 5.“The Palestinian people, along with all people in the Middle East, deserve a future with dignity and the opportunity to better their lives. Economic progress can only be achieved with a solid economic vision, and if the core political issues are resolved. We look forward to presenting our vision on ways to bridge the core political issues very soon,” Kushner said.The economic part of plan will be revealed on June 25 in Bahrain during an international conference, the White House announced Sunday. It is unclear when the political part of the plan will be released.But Mubarak challenged Trump’s plan, saying that “the attempt to impose unjust solutions on the Palestinian people will not lead to any kind of peace or cooperation. On the contrary, the situation may explode at any given moment.“If all the people who are on the ground today undermine the two-state solution, what is the alternative? What is the political horizon? Projects, investments and cooperation? But what is the political path?”Mubarak, who ruled Egypt for 30 years, was overthrown in the Arab Spring popular uprising in January 2011 and sentenced to life imprisonment for his role in the death of civilian protesters. He and his sons were released after the Egyptian courts acquitted him of all charges after the overthrow of Mohammed Morsi in July 2013.Morsi was ousted by then army chief Gen. Abdel Fattah al-Sisi, who some say has installed a regime more repressive than Mubarak’s, where no protests or criticism of the state are permitted. Arbitrary arrests and mysterious disappearances have crushed all opposition to Sisi’s regime.Sisi was elected with almost 97% of the vote. But those elections were boycotted by the Muslim Brotherhood and secular dissidents. Today the 100 million Egyptians are increasingly frustrated with his rule, especially the country’s deepening economic crisis and the increasingly brazen attacks by jihadists, mostly in the Sinai Peninsula but also in and around Cairo. Most recently, on Sunday a roadside bomb hit a bus carrying South African tourists near the Giza Pyramids, wounding at least 17 people including tourists.Under Sisi’s rule security cooperation between Egypt and Israel has reached unprecedented levels, and Sisi is seen by both the Israelis and Palestinians as an honest broker for the now dormant peace talks.