Four of the suspects arrived in Germany in December 2014 and two arrived the following year. All six had applied for asylum. 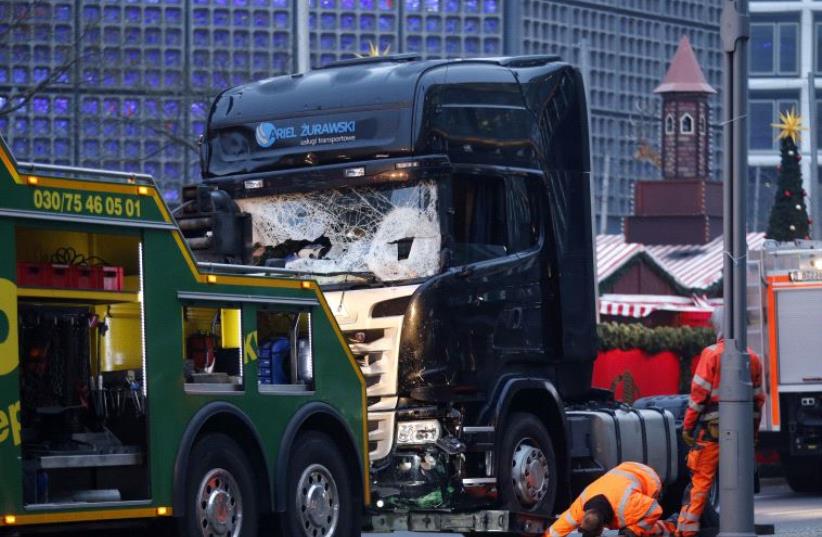 Scene of terror attack in Berlin, Dec. 12, 16
(photo credit: REUTERS)
Advertisement
BERLIN- German police on Tuesday detained six Syrians suspected of planning an attack using weapons or explosives on behalf of the Islamic State militant group, prosecutors said.Police detained the suspects aged between 20 and 28 during raids in the cities of Kassel, Hanover, Essen and Leipzig, the general prosecutor's office in Frankfurt said in a statement. Some 500 police officers took part in the raids during which eight apartments were searched.Four of the suspects arrived in Germany in December 2014 and two arrived the following year. All six had applied for asylum. The prosecutor's office did not say if their asylum applications had been approved.Prosecutors said the six Syrians "are suspected of being members of the foreign terrorist organization that calls itself Islamic State (IS)."They added: "The accused are also suspected of having planned an attack against a public target in Germany using either weapons or explosives."It is the second time this month that Syrians have been arrested on suspicion of planning militant violence. Earlier this month a 19-year-old Syrian man was detained on suspicion of planning a bomb attack.The arrest comes one month before the first anniversary of an attack in Berlin by a failed Tunisian asylum seeker who killed 12 people by plowing a truck into a Christmas market.Concrete blocks have been installed around Christmas markets at several central squares in the capital this year before the festive season opens in a couple of weeks.