Rouhani, Putin to meet in Azerbaijan with aim of boosting security 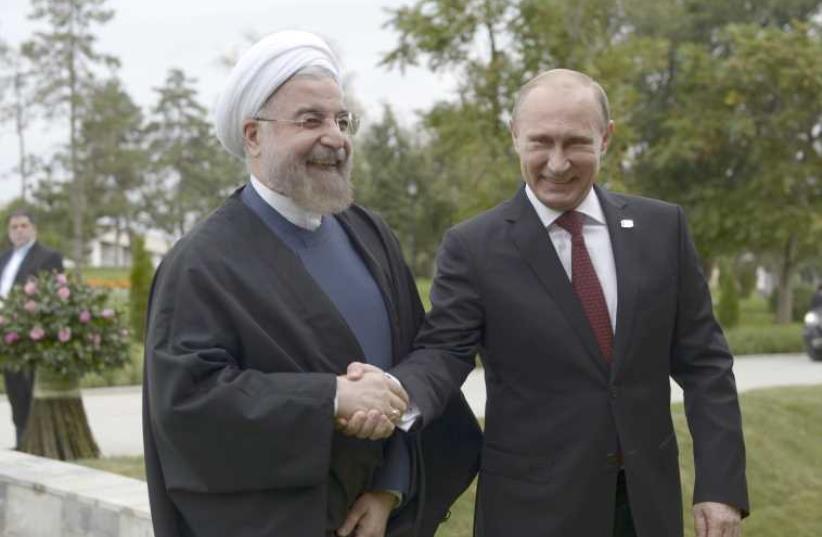 Iranian President Hassan Rouhani and Russian President Vladimir Putin
(photo credit: REUTERS)
Advertisement
Iranian President Hassan Rouhani praised growing ties with Russia that are becoming “strategic” before he left for Baku, Azerbaijan, on Sunday for a trilateral summit.“Relations between Iran and Russia are moving toward a strategic level and we have good cooperation on different regional and international issues,” Rouhani told reporters, Iran’s Tasnim News Agency reported.The summit to be held on Monday between Iran, Russia and Azerbaijan, would be the first of its kind, said the Iranian president, adding that it would enhance stability and security in the region.Rouhani is to meet with Russian counterpart Vladimir Putin and Azeri President Ilham Aliyev in talks that would deal with terrorism, commerce, energy, telecommunications, environmental issues, transportation and trade. Rouhani also will hold a separate meeting with Putin, according to the report, which also noted that a number of high ranking officials are traveling with the Iranian president.In April, the foreign ministers of the three countries met in Baku. Meanwhile, Russia freed two Iranian prisoners ahead of the meeting on Sunday. They were serving sentences of 12 and 14 years.Iran and Russia are cooperating in backing Syrian President Bashar Assad’s regime and targeting rebel groups.Also, Iran received a shipment of AK-103 assault rifles from Russia, Fars News Agency reported Saturday. The Russian rifle can be fitted with night vision, telescopic sights, a bayonet or a grenade launcher.