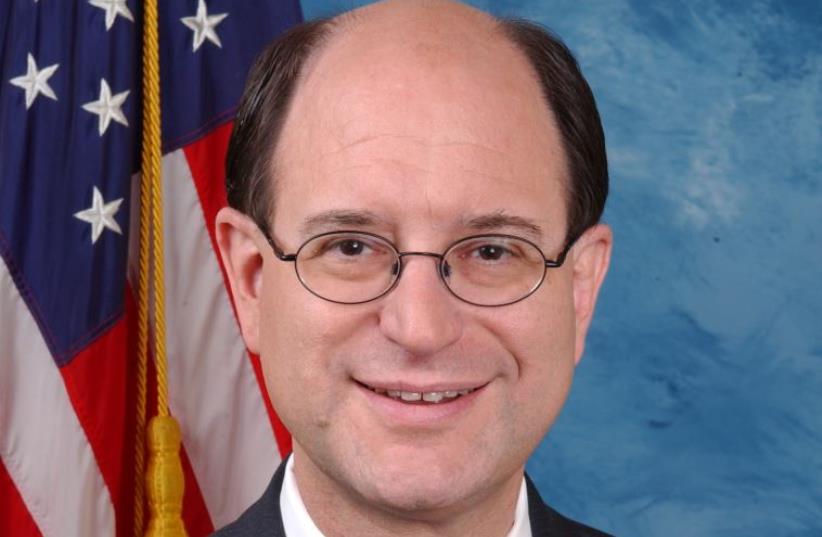 Rep. Brad Sherman (D-CA)
(photo credit: Courtesy)
Advertisement
Hours after US Sen. Charles Schumer (D-NY) announced that he would vote against the Iran nuclear agreement, another Jewish Democratic member of Congress, Rep. Brad Sherman (D-CA), said on Friday that he would follow suit.Sherman, the second ranking Democrat on the House Foreign Affairs Committee, said that after reviewing details of the deal, his conscience forced him to vote against his party's president."My efforts have one purpose - make it clear that future presidents and Congresses are not bound by this agreement," Sherman said. "Not legally, not morally, not diplomatically."  Schumer, Democrat of New York, the most senior Jewish member of the United States Congress and likely the next Democratic leader of the Senate, declared his intention to oppose the deal reached last month.His declaration in opposition is the first from the Senate Democratic caucus. It is considered influential by his peers: A plurality of Democrats remain undeclared on a pending vote of disapproval over the Joint Comprehensive Plan of Action, while 15 members of the Senate have declared their support.The JCPOA, the formal name for the Iran nuclear accord, is intended to cap, restrict, monitor and partially roll back Iran's nuclear program for a finite period in exchange for sanctions relief. Skeptics of the deal fear it will legitimize Iran as a nuclear threshold state, allowing them to retain an ever-growing uranium enrichment program."I have decided I must oppose the agreement and will vote yes on a motion of disapproval," Schumer said in a statement. "The agreement would allow Iran, after ten to fifteen years, to be a nuclear threshold state with the blessing of the world community.""To me," he added, "the very real risk that Iran will not moderate and will, instead, use the agreement to pursue its nefarious goals is too great."The decision by Schumer was "disappointing but not surprising," White House spokesman Josh Earnest said on Friday.President Barack Obama's hopes of preserving the nuclear deal were dealt a blow on Thursday when New York's Schumer came out against it even as the White House tried to draw attention to other lawmakers who are backing the agreement.Earnest told reporters that the Obama administration worked closely with Schumer to explain details of the deal even before it was signed in an effort to gain his support."Ultimately, it didn't turn out that way. I don't think anybody was surprised," Earnest said.Obama is struggling to gain congressional backing for the deal, which lawmakers must vote on by Sept. 17. Schumer's rejection means the Obama administration may have to ramp up its lobbying efforts on Capitol Hill.Twelve members of the US Congress, seven members in the House of Representatives and five in the Senate, have publicly come out in support of the agreement in recent days, showing Obama had made a persuasive case, Earnest said.The administration is confident they can continue to build support before next month's deadline, he added.Michael Wilner and Reuters contributed to this story.