Israelis and Palestinians partner to save animal shelter

"This is not about politics this is not religious, this is pure human ethics.” 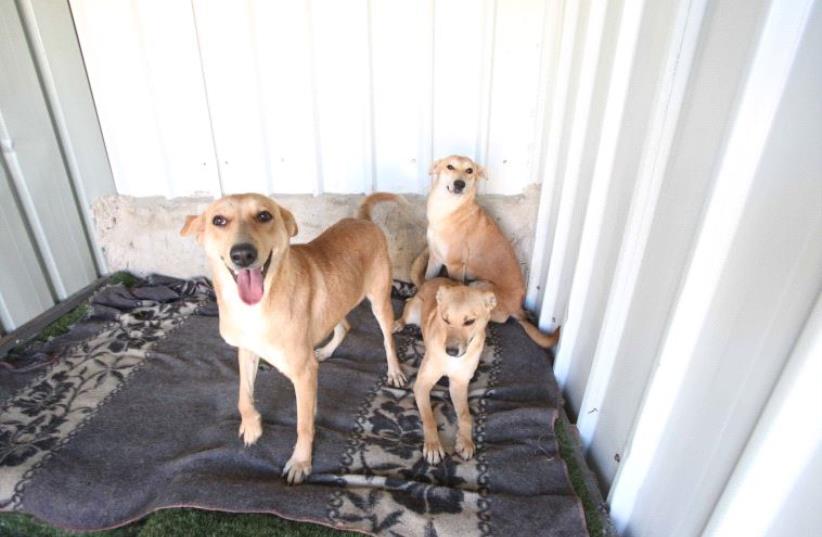 Israelis and Palestinians partner to save animal shelter
(photo credit: COURTSEY PTROA)
Advertisement
The West Bank’s only Palestinian- run animal shelter in Beit Sahur, east of Bethlehem, was in danger of closing last week. But thanks to hundreds of Israeli donations it appears it will continue its mission of protecting dogs and cats.A crowdfunding campaign on the Headstart website asking for NIS 50,000 to fund the shelter exceeded expectations, with more than 400 Israeli backers giving nearly NIS 74,000 as of Sunday afternoon.The campaign is hosted by PTROA – Preserving the Rights of Animals, an Israeli organization, which will collect the money and oversee the fund’s distribution to the Beit Sahur shelter, which currently houses 60 dogs.
(Courtsey PTROA)
Diana Babish, 38, opened the shelter around one year ago hoping to improve the situation of the large number of stray dogs in the Bethlehem area. Babish is a former branch manager of the Jordan Commercial Bank and holds a master’s degree in international cooperation and development from Bethlehem University.According to Babish, many dogs are abused and tortured in the area. “The idea for a shelter came when I saw how dogs are being treated,” she told The Jerusalem Post, “Dogs are not a priority animal here and municipalities poison them.”She therefore sought a plot of land to start an animal shelter. Requests for a plot from Christian and Islamic religious institutions led to naught, according to Babish.Finally the Beit Sahur Municipality agreed to give her a small tract of land; Babish paid for the construction of the shelter out of her own pocket.According to Yoram Erez, president of PTROA, Babish “didn’t know what kind of trouble she was getting into,” as the shelter quickly filled up with hungry dogs and she was left with more than $3,000 in debt to contractors and forced to pay for the daily upkeep of the facility.
(Courtsey PTROA)
Babish saves money on dog food by collecting chicken and rice from wedding halls that is usually thrown out.Dogs in need of critical treatment are sent to Israeli veterinarians, and Babish pays for much of these expenses. In one case a dog’s medical treatment cost NIS 45,000; PTROA helped pay the bill.Thus PTROA began the crowdfunding campaign to assist Babish and her struggling animal shelter.Erez said, “The situation is not good for many dogs and cats in the Palestinian Authority, but I think Diana is the point that we need to start from to make a change.”According to Babish and PTROA, the Beit Sahur shelter is the only one of its kind in the Palestinian Authority.Erez hopes to eventually raise enough money for a bigger modern shelter in an area where both Israelis and Palestinians can have easy access.There is, however, a growing movement of animal rights activists in the Palestinian territories. In February, the Palestinian Animal League started the territories’ first locally run spay and neuter campaign.Babish said there is a need for animal rights education; she has lectured to schoolchildren about animal treatment.“There is no solution without raising awareness,” she said.“Animals whether they are in Palestine or in Israel have to be helped. This is not about politics, this is not religious, this is pure human ethics,” she said. “I thank all the people for their love and support.”