Israeli state courts have added terrorism charges to the indictment against the top World Vision Gaza manager who enabled Hamas to take over part of the organization's operations. 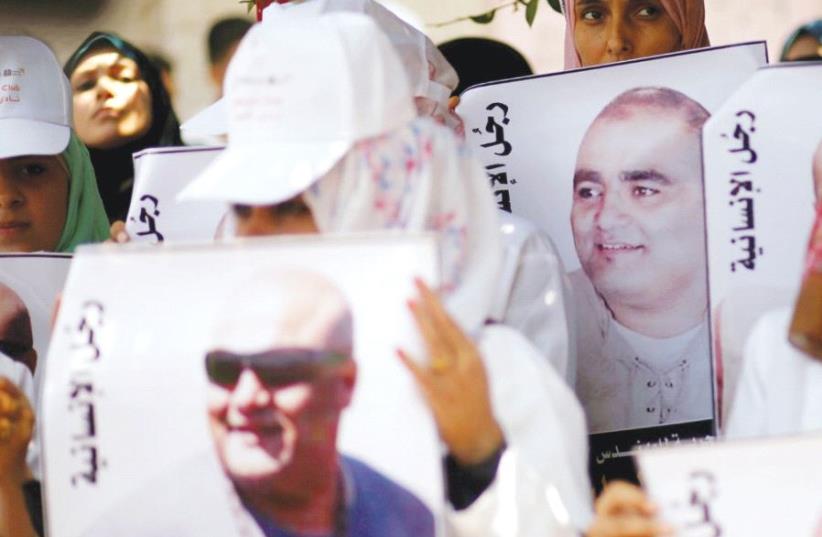 PALESTINIANS HOLD POSTERS of Mohammad El Halabi, World Vision’s manager of operations in the Gaza Strip, at a protest to show support for him in Gaza City on August 7.
(photo credit: REUTERS)
Advertisement
The Beersheba District Court on Thursday allowed the state to add more terrorism charges to the terrorism financing indictment against a top World Vision Gaza manager, despite the fact that five months have passed since the original indictment was filed on August 4.The court, in a decision acquired by The Jerusalem Post, criticized the Beersheba District Attorney’s Office for delaying adding the charges, but ultimately rejected the accusations by Mohammad El Halabi, the manager of operations in the Gaza Strip for World Vision, that the charges were illegitimate and were merely being added to penalize El Halabi for refusing a plea deal.In August, a senior Shin Bet (Israel Security Agency) source said that the Evangelical aid organization, which operates in 100 countries and employs 46,000 people, fell victim to a complex Hamas takeover scheme. The source added that Hamas’s armed wing stole $7.2 million a year from the budget, which was supposed to pay for food, humanitarian assistance, and aid programs for disabled children, and channeled the money to buy weapons, build attack tunnels, and to other preparations for war with Israel.At the time, World Vision denied the allegations and said it was “shocked” since it had regular internal and independent audits and evaluations as well as a broad range of internal controls to ensure aid reached intended beneficiaries.El Halabi’s attorney, top lawyer for Palestinians Lea Tsemel, told the court that it should not allow the prosecution to suddenly produce new charges when there was no new evidence.She also told the Post that the state was zigzagging and unsure what to do with the case now that it realized that by forcing World Vision out of Gaza it was going to cause greater hunger and create pictures of starving children.But the state prosecutor told the court that it had alluded to the defense that there was additional evidence and that it was holding off on additional charges because of plea bargain negotiations.Rather than blackmail, the prosecution said that plea bargain negotiations are a standard part of the criminal process and that if El Halabi had signaled from the start that he had no interest in negotiating, the new charges would have been added much sooner.The court allowed the amended indictment with new charges of aiding an enemy in time of war and passing information on to the enemy, on the grounds that the trial has not formally opened yet and the defense had not formally answered the charges, even as it was clear that the defense would deny the charges if no deal was reached.Further, the court ordered that proceedings from this point forward, with select exceptions, be open to the public.