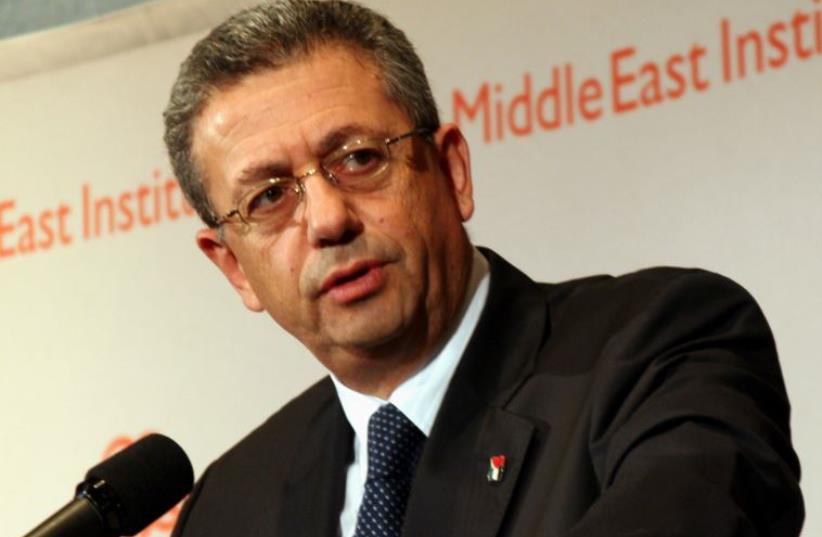 Mustafa Barghouti.
(photo credit: Wikimedia Commons)
Hamas, Fatah and other Palestinian factions in Moscow have reaffirmed an agreement reached in Beirut a week ago that a new Palestinian National Council and unity government should be formed, a top PLO official said on Wednesday.“The agreement in Moscow is a confirmation of what we agreed on in Beirut,” PLO Executive Committee member Mustafa Barghouti told The Jerusalem Post upon the conclusion on Tuesday of a series of reconciliation talks in Moscow.All the Palestinian factions, including Hamas and Islamic Jihad, participated in a meeting last week in Beirut to begin discussions on the possibility of convening the Palestinian National Council, the PLO ’s parliament.The Beirut meeting concluded with a statement expressing “the necessity of holding a meeting of the Palestinian National Council which includes all Palestinian factions” and “the necessity of implementing reconciliation agreements and understandings beginning with the formation of a national unity government.” It did not set time frames or mechanisms for such measures to come to fruition.Barghouti, who is also the secretary- general of the Palestinian National Initiative, said there was only one difference in the conclusions of the meeting in Moscow compared to that of Beirut.“There was one addition to the Beirut meeting, which is that there will be a recourse to the president to act as fast as possible to initiate discussions regarding the formation of a national unity government,” Barghouti stated.“The idea of the government would be to start bridging the division between Gaza and the West Bank and prepare for national elections in six months,” he added.A national unity government would include ministers from the different Palestinian factions with representation in the Palestinian Legislative Council, including Hamas and Fatah, according to Barghouti.Wasel Abu Yousef, another PLO Executive Committee, confirmed Barghouti’s comments to the Post.The Palestinian factions have reached numerous reconciliation agreements that have gone unimplemented.In May 2014, the factions agreed to form a national unity government and hold elections by December 2015. While a government of technocrats and independents was formed with limited autonomy over resources in the Gaza Strip, elections never took place.