Photographer Ziv Sade talks about his famous photo that is raising eyebrows around the internet. 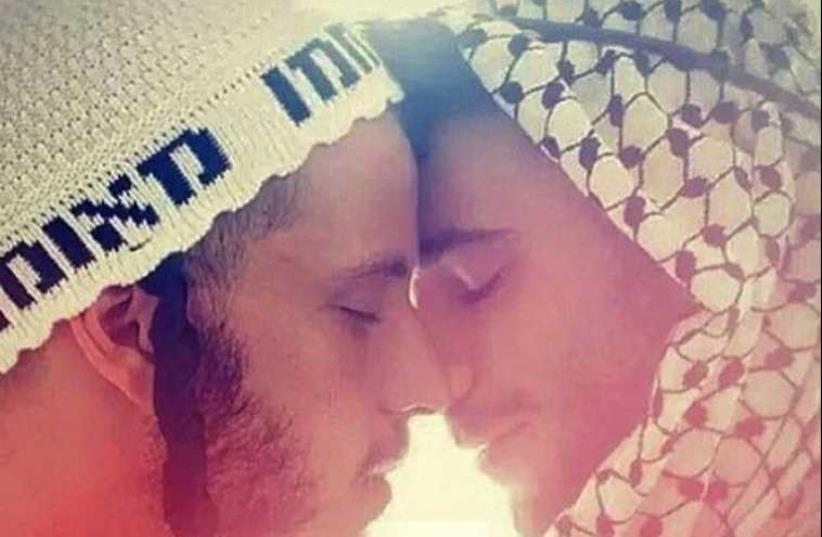 Madonna post pic of Jewish and Muslim man about to kiss
(photo credit: ZIV SADE)
Advertisement
The internet was sent into a tizzy on Sunday when pop icon Madonna posted a picture to her personal Instagram account of a Jewish and Muslim man in a loving embrace. Could this photo, which to date has garnered almost 80,000 likes, actually be real, the world wondered? The man behind the lens, fashion and portrait photographer Ziv Sade immediately responded to Madonna via Instagram in a flurry of shock, saying "Is this a dream?! @madonna just posted my pic for the Israeli gey [sic] parties "drek" camping [sic]!!! Thank you! And let freedom win."Sade says the snap, taken during the Gaza war last summer, also known as Operation Protective Edge, is more than a mere promotional photo for gay party organizer Drek. "We were deeply frustrated and fearful [over] the situation," Sade told The Jerusalem Post in an interview. He said the now-famous picture was "our way to scream for freedom and peace."  "The image came from a place of deep longing for this dream of coexistence," said Sade, who hails from Kibbutz Afikim, near the Sea of Galilee. "We are a generation that is tired of war."Sade is currently residing in Los Angeles, where he is trying to work his way up in the photography world, but his love of country and dream for a better future remain strong. "This is the mission of my art. To give people a new perspective."