McInnes provoked outrage after he published a YouTube video listing ten reasons for his hatred of Jews. 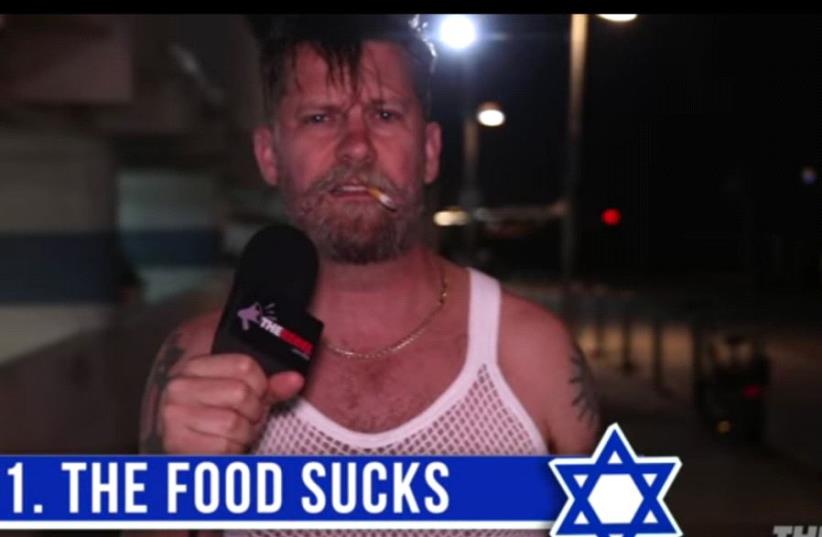 Vice co-founder lists 10 things he hates about Jews in an antisemitic video gone viral.
(photo credit: screenshot)
Advertisement
Vice co-founder Gavin McInnes recently came under fire after he released a video on YouTube listing the ten reasons he hates Jews.McInnes left Vice in 2008. The video, which received close to 100,000 views on YouTube, quickly went viral on other platforms and just as quickly gained an indignant response from most viewers who found that while the video may have been created in jest and was intended to be humorous, it encouraged hate speech and was antisemitic in nature. McInnes made the video following a visit to Israel as a correspondent for Rebel Media, a Canadian political and social commentary platform that's considered to be strongly affiliated with the Canadian Right wing. Confronted with claims that the video was antisemitic, the site later changed the video's name to "10 Things I Hate About Israel." Among some of the reasons McInnes listed in the video explaining his hatred for Jews and the Jewish State, the reporter said that Israelis have a "whiny paranoid fear of Nazis that's making them scared of Christians and Trumps who are their greatest allies." The Vice co-founder also mocked the Hebrew language, saying that it was "spit talk" and that the "whole language is clearing your throat, it's like in Gaza, they're launching little tiny missiles from your mouth onto your shirt." Another particularly offensive stab was directed at the memory of the Holocaust in which six million Jews perished during World War II. McInnes said that Jews should be more grateful to America for defeating Nazi Germany. "Sorry we didn't do it in time, but we still saved you," he said and then elaborated: "It's like a black guy going 'yeah white people did slavery'... well they didn't start it but they did end it... so maybe be a little more positive about it?" This is not the first time the McInnes has sparked controversy. He is known to have made radical statements in the past that targeted transgender people and Muslims.