While still somewhat unknown to Israelis, Paraguay has become the fastest-growing tourist destination in South America.

Monday Falls outside the city of Ciudad del Este
(photo credit: ANNA AHRONHEIM)
Advertisement
The post-army trip – commonly to India, Southeast Asia or South America – is an important milestone for many. But ask any of those who went to South America about Paraguay, and you will receive a puzzled look, followed by “Para-what?” Figures from a 2015 Central Bureau of Statistics report found that 410,000 Israelis between the ages of 20 and 24 go abroad every year. But tourists, especially Israelis, are uncommon in landlocked Paraguay, which has been overshadowed by its giant, high-profile South American neighbors.After years of political instability, civil wars and decades of dictatorship, Paraguay became stable enough to support any sort of a tourism industry only in the mid-2000s – a blessing in disguise for tourists, who are still able to discover a country that has not yet been spoiled by decades of tourism.But Paraguay has become the fastest-growing tourist destination in South America, with 1.3 million tourists in 2016 – mostly from neighboring Argentina, Brazil or Uruguay – crossing into the country, almost double the figures in 2014. Officials in Paraguay have said that they expect 1.5 million tourists in 2017. 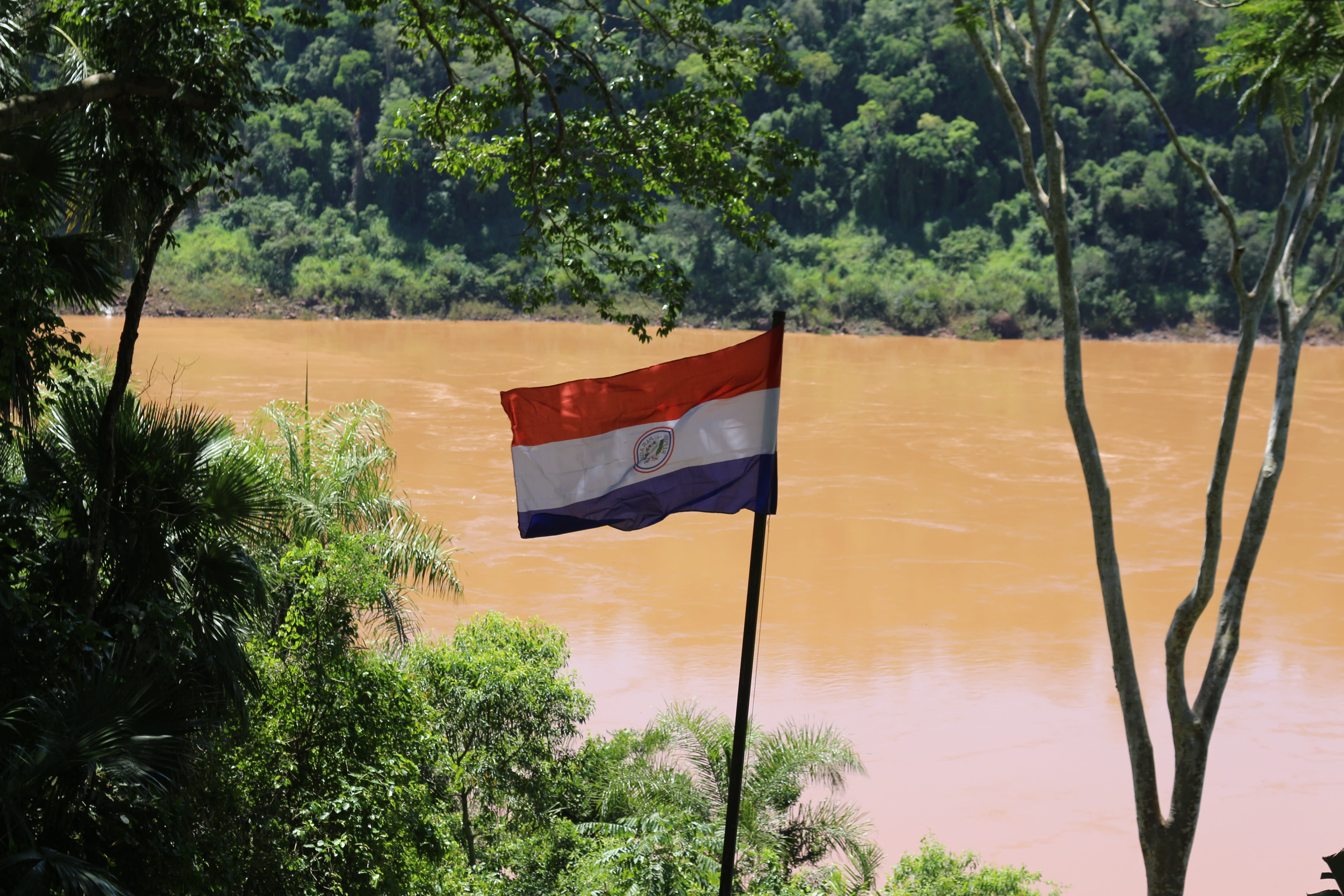 The flag of Paraguay flutters in the breeze at the Moise Bertoni Museum (ANNA AHRONHEIM)
Flying into the capital, Asunción, situated on the banks of the Paraguay River, one can see the obvious transformation of one the oldest cities in South America, with skyscrapers going up all around the new financial district.The “Mother of Cities” has been given a new lease on life, with some 2 million inhabitants and dozens of museums, cultural events and a burgeoning nightlife, with world-class restaurants and contemporary bars popping up.The best way to see Asunción is to walk around the historic downtown area, dotted with dilapidated pastel-colored homes and street art. But walk a little further in the capital and escape the hustle and bustle to the many green spaces in the city, including the promenade along the river.Outside of the capital and deep in the heart of the province of Itapua are the finest historical attractions in Paraguay. Declared UNESCO World Heritage Sites in 1993, the two Jesuit missions of the Holy Trinity of the Paraná and Jesús de Tavarangue are accessible from the southern city of Encarnacion by a 45-minute bus ride.Built by the Jesuit missionaries in the 17th century to protect and convert the native Guarani, the missions – or reductions – were self-sufficient cities with a large church, school, workshops, homes for the Guarani and cemeteries. After the Jesuits were expelled from Paraguay by the Spanish king in 1767, the missions fell into ruins.Unlike in neighboring Argentina, these tremendous ruins are quiet, allowing visitors an intimate experience at these historic sites which UNESCO says “represent a fusion of cultures in which the process of Christianization permitted the indigenous population to retain elements of their traditional culture.” 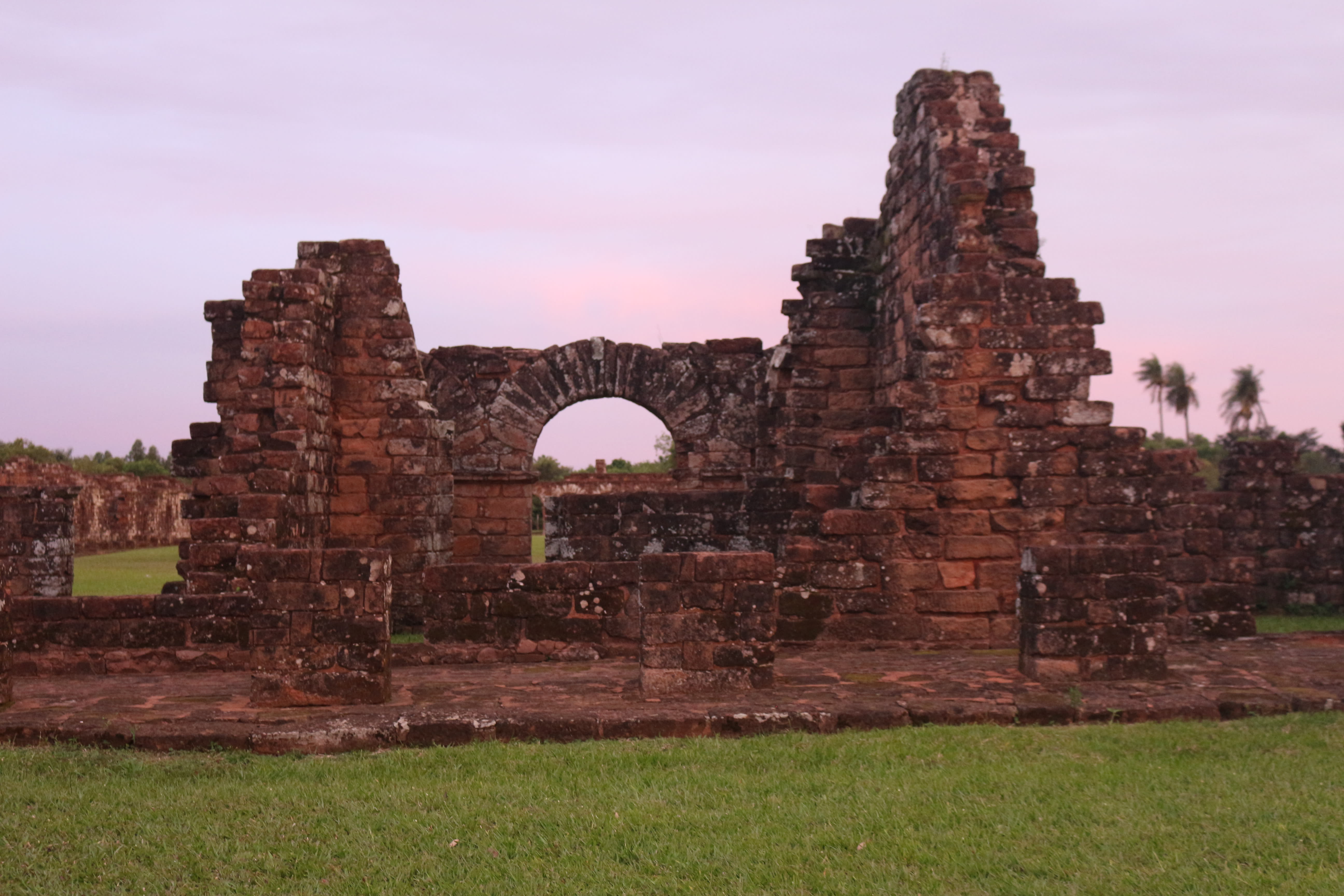 Ruins of the Holy Trinity of the Paraná (ANNA AHRONHEIM)
And while the heart of the country is its unique cultural identity, with diverse and untouched natural landscapes, Paraguay is the ideal South American destination for ecotourists.From the wildlife-rich wetlands of the Paraguayan Pantanal and the immense Gran Chaco to the stunning lakes, rivers and the Alto Parana Atlantic Forest to the 70,000 hectare Mbaracayú Forest Nature Reserve – which has been singled out by the World Wildlife Fund as one of the 100 most important sites for biodiversity on the planet – Paraguay is a nature-lover’s dream come true.The Iguazú Falls, twice as wide as Niagara Falls, with 275 cascades spread over 3 kilometers, is one of the most stunning natural wonders of Paraguay. It lies on the Paraguay-Argentina-Brazil border and is a UNESCO World Natural Heritage Site.Near the Iguazú Falls one can find the smaller but just as impressive Monday Falls right outside the tri-border city of Ciudad del Este. A new eco-park is set to open in the coming months, with plans to allow visitors to raft from the base of the falls down 7 km. to the Parana River.Once infamous for being the center of drugs and arms smuggling as well as the South American base for Hezbollah, Ciudad del Este is also a short 45-minute drive to a hidden wonder in the middle of the Alto Parana Forest.After a bumpy drive through fields of soy and forest, where tourists are able to see native Guarani families tending their fields and keeping the same customs, traditions and rites they did some 200 years ago, visitors will come across the Moise Bertoni Scientific Monument. 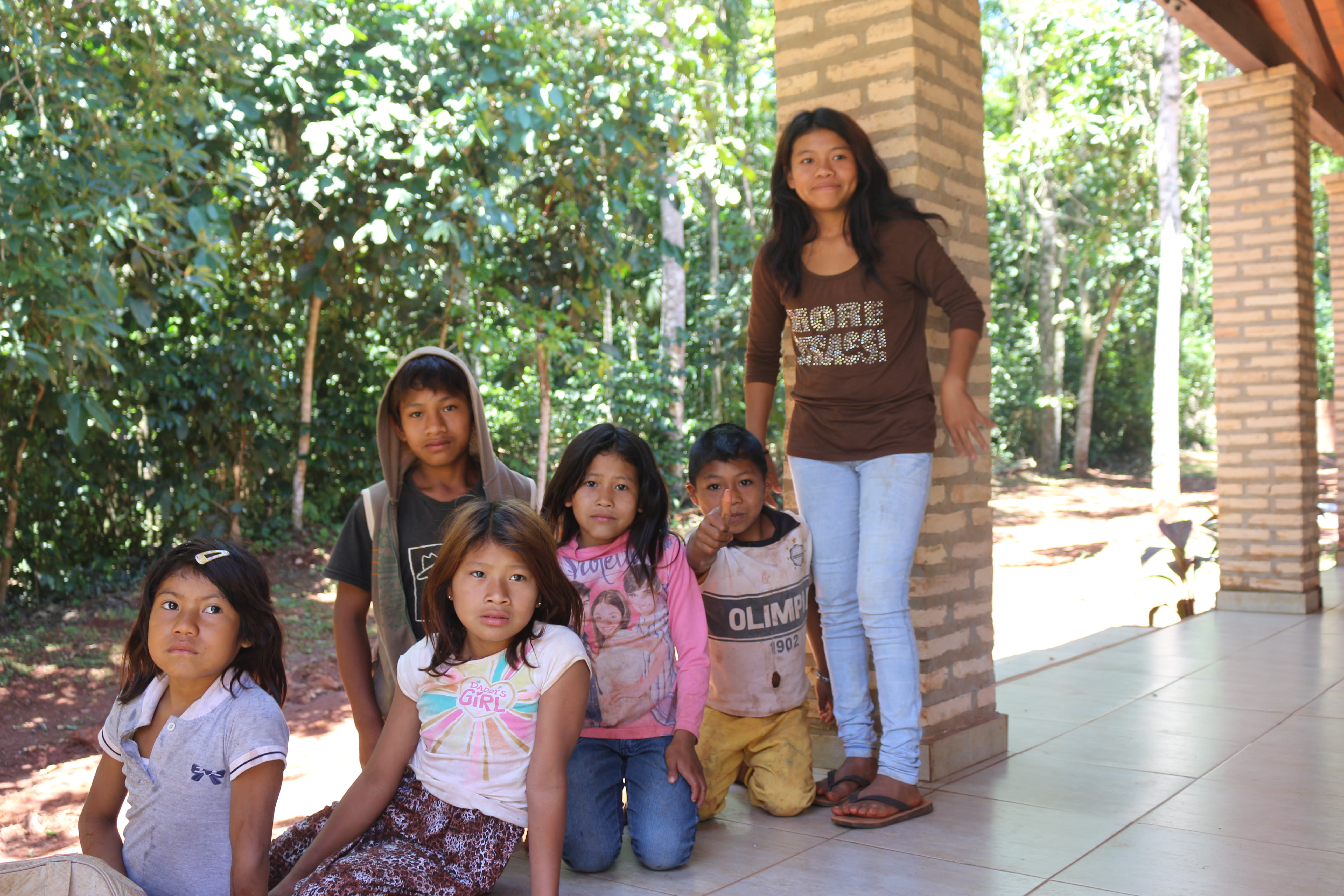 Local Guarani native children outside the Moise Bertoni Museum (ANNA AHRONHEIM)
Originally from Switzerland, Bertoni settled along the Parana River in 1894 with his family. By the time of his death in 1929, Bertoni, an idealist and passionate botanist, had published over 524 scientific books in seven different languages. Considered a true lover of the Guarani, Bertoni promoted and protected Guarani culture from a country that to a large part was denying it, leaving a lasting legacy on the cultural identity of Paraguayans.Home to some 6.8 million people, Paraguay is a country with a bloody past – close to 70% of its male population and 25% of its territory was lost during the Triple Alliance War (1864-1870), which pitted Paraguay against Argentina, Uruguay and Brazil.And while the Triple Alliance War is discussed in depth by Paraguayans as a major turning point in the country’s history, the youth of Paraguay are looking to the future instead of the past.“We need to leave the wars and colonization behind, because they are all part of our culture and history. We must show the world the beauty of our country and all that we have built,” said Evelyn Caceres.